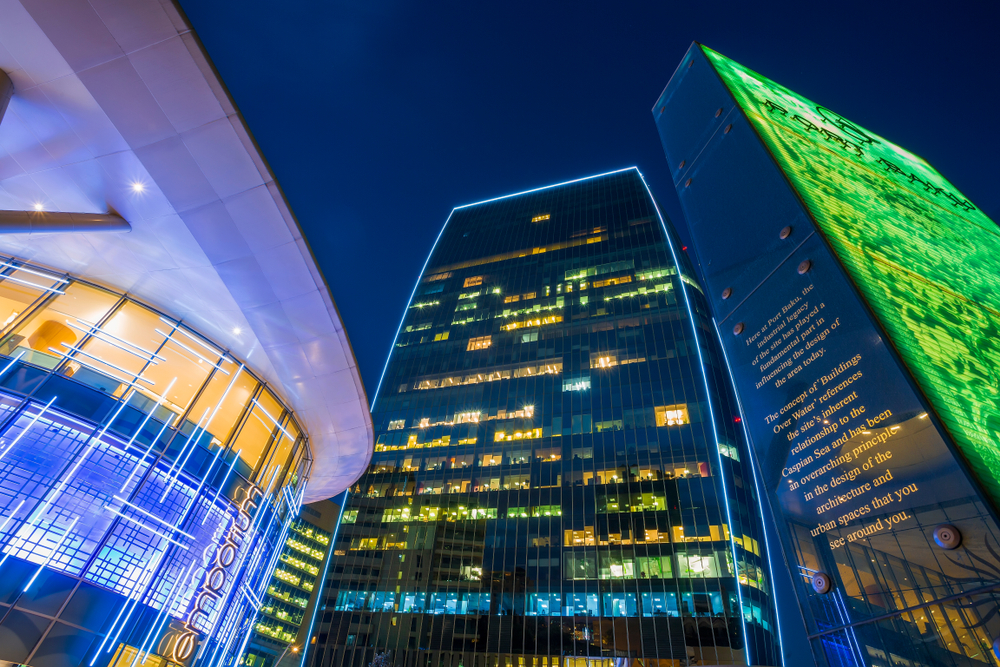 The Armenian–Azerbaijani Conflict: Counting the Cost for Both Sides

Mohammed Talibli, Economist, Head of the Institute of Economic Analysis.

Victory in wars is not won only with tanks, artillery and weapons. It is achieved through diplomatic successes, information dissemination, and economic power. Diplomacy is the art of making friends. The use of military power occurs when you cannot make friends. If weapons begin to speak, the state must find ways to crush the enemy. Firstly, it must disrupt the moral and psychological state of the enemy and damage its self-confidence. Internally, the enemy must be shown in the guise of the devil. On the other hand, until you force the enemy into an act of capitulation, the multi-vectored – diplomatic, informational, economic, etc. – war doctrine must be applied. The occupation has not only a political and military content. It is more about exposing the enemy to economic expansion.

When Napoleon was asked how to win the war? He answered: “Money, money, money!”

From this perspective, Azerbaijan is not only superior to Armenia in the war zone, but the conflict has also shaken Armenia economically. It keeps Armenia under economic pressure. Azerbaijan is a resource economy and has spent money on military operations due to oil revenues.

It could be analogised that the Azerbaijani economy is English nobleman John Montagu and Armenia is a sandwich made by his chef. The Azerbaijani economy ‘eats’ Armenia by squeezing it like a ‘sandwich’, so as not to get its hands oily. However, what the 4th Earl of Sandwich, who lived in the 18th century, did with pleasure, we now do, when we drink water. How? Let me try to explain. Considering the main macroeconomic indicators of both countries, it is clear that the Azerbaijani army has a serious and fundamental basis for winning the war.

Firstly, 75 per cent of the GDP of the South Caucasus falls on the Azerbaijani economy. When combined, the economies of Armenia and Georgia only have a quarter share.

The Armenian economy is a limited economy. Prior to the war, the country had fallen far behind, due to the coronavirus epidemic. In May 2020, when compared year-on-year, there was a 12.6% economic downturn. If we add the losses of the war to this, it is not difficult to predict the extent of the economic decline. By the end of 2020, according to the forecasts of the European Bank for Reconstruction and Development (EBRD), the Armenian economy will shrink by 5% and, according to the latest forecast of the International Monetary Fund (IMF) (October 2020, World Economic Outlook report), it will shrink by 4.5%. In comparison, this is the largest decline since 2008. 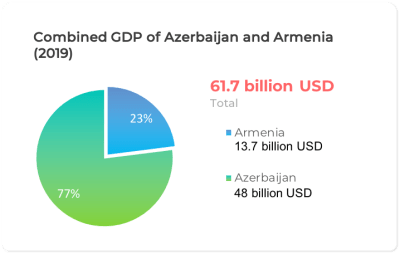 Weapons win wars, and weapons are bought by those powerful economies that can afford them. 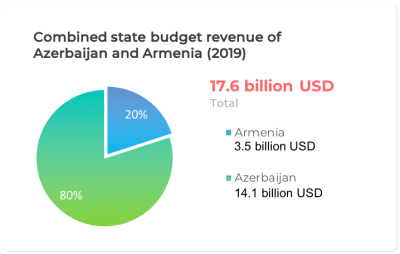 Azerbaijan’s defence expenditures ($2.2 billion) alone are more than half of Armenia’s total budget expenditure (1.8 trillion drams or $3.8 billion). This year alone, Azerbaijani defence expenditure has exceeded AZN3.8 billion ($2.24 billion). This equates to 12% of the economy being allocated to defence expenditure per annum. If we analyse the last five years with reference to these figures, we can see that the country’s defence expenditure has doubled. By directing some of this overwhelming fiscal potential to defence expenditure, it is possible to seriously break the resistance of Armenia. With such economic potential, Armenia can be both economically expanded and crushed like an ant on the battlefield. The Armenian Prime Minister, Nikol Pashinyan, who has little pragmatic thinking ability, must understand that a country should not spend its limited resources against a country like Azerbaijan, which has an incomparable potential economy. It is wiser to give up the territory that has been occupied now, rather than waiting for it to be retaken by force.

The large sums of money that Armenia spends every day in the war do not emanate from its sustainable financial resources. It is due to the fact that it borrows from international financial institutions, as the economy does not have dynamic financial resources. If the flow of investment and aid stops, the engine of its economy will be virtually extinguished. As a ray of hope, foreign borrowing comes to their rescue again. Armenia has the largest foreign debt amongst the South Caucasus countries, not in terms of amount, but in terms of ratio in GDP. The country’s foreign debt is estimated at $5.7 billion, which is more than half the GDP of Armenia. So, from the point of view of the World Bank’s creditors, it means that Armenia has exceeded the critical threshold for foreign borrowing.

The reserves of the State Oil Fund of Azerbaijan (SOFAZ) ($50 billion) are about 20 times greater than that of Armenia. Since the beginning of latest phase of the war on 27 September 27 2020, the atmosphere of internal dynamism and confidence in the Armenian economy has also been shaken. International ratings agency Fitch downgraded Armenia’s credit rating (to ‘BB–‘ from ‘B +’) very recently. Factors such as the pandemic, the cost of conflict, and economic stagnation are the reasons for the rapid ‘melting’ of foreign exchange reserves.

Economies that war will weaken and collapse

The economies of both warring countries will go backwards, as both sides on the battlefield are directing their revenues and resources in a militaristic direction. Both countries have either recently bought weapons for the war or purchased them in the past. Both countries, which are strengthening their military-industrial complexes at the expense of the state budget and extra-budgetary funds, are depleting their resources.

Azerbaijan is waging a patriotic war to liberate its lands, and Armenia is spending resources to keep hold of the lands it has occupied for 27 years.

The Azerbaijani economy has the advantages of raw material reserves, foreign exchange reserves, etc., whereas the Armenian economy struggles in disproportionate competition, due to its limited economy, non-existent natural resources, and symbolic financial reserves. Even if this war lasts not a few months but a few years, Azerbaijan’s economic ‘respiratory system’ will be able to reach a long-term finish. Armenia, with its limited economy, can only take a stand against for a few months.

According to international ratings agency Fitch, Azerbaijan may lose $10 billion in this war. Mikayil Jabbarov, Azerbaijani Minister of Economy, said that the war has cost AZN120­–150 million ($70.6–88.3 million). Azerbaijani losses in this war should not be considered a loss in the literal sense. What it could gain should be considered a loss. The opportunity cost of the funds it could earn, but cannot, is not a tragedy. Azerbaijan will gain a lot when it will regain Karabakh. Therefore, in the losses of Azerbaijan and Armenia on the battlefield, Azerbaijani losses are replaceable and compensable, and the losses of Armenia are wasted losses. It is undeniable that the Azerbaijani economy will be weakened after this war, but the Armenian economy will collapse.

Azerbaijan can win the war and rebuild its economy by spending money on strategic foreign exchange reserves. If Armenia also spends the limited reserves at the bottom of its ‘bag’, it will be more like the case of a patient who has died clinically. I remember a thought-provoking proverb that characterises this situation: “Until the thick one wears thin, the thin one is torn to pieces.”