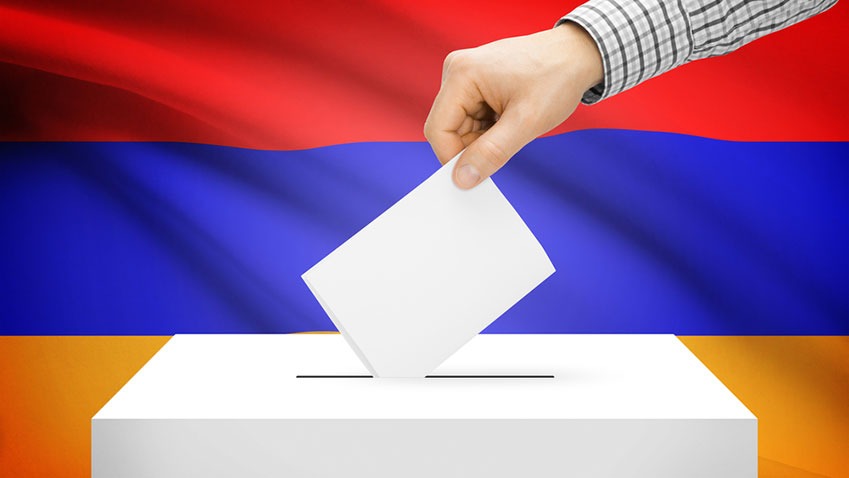 Nikol Pashinyan has won an unexpected victory in the snap election he called a few months ago to see off the developing extra-parliamentary opposition in Armenia in the aftermath of the second Karabakh war. His Civil Contract Party secured 54% of the total vote and is likely to gain around 70 seats in the 105 seat Armenian Parliament. Leaders who provoke wars and then suffer catastrophic defeat do not usually win elections held only seven months after such disasters. Some do not even escape with their lives after bringing about events like that, let alone win elections. However, Pashinyan has survived to tell the tale and emerged triumphant in the polls with a solid majority over a divided opposition. His opponents obviously underestimated Pashinyan’s continued solid support among Armenians, as did most of the pre-election pollsters.

The Armenian people have clearly rejected the representatives of the former regime who shared out the offices of the Armenian state along with those of the occupation regime between 1997 and 2018. Robert Kocharyan’s Armenia Alliance came a distant second in the polls, securing a mere 21% of the ballots cast. Former Armenian Prime Minister (2007-2008 and 2018) and President (2008-18) Serzh Sargsyan and his supporters received a derisory 5% of the vote and may not gain any representation in parliament due to the threshold rule.

The Armenian electorate also rejected the narrative of the opposition who had advanced the view that Pashinyan was not only incompetent but a traitor. He was accused of failing to wage war to the fullest extent possible in Karabakh and then conceding to Azerbaijan unnecessarily. Pashinyan countered with the argument that his timely concession had saved Armenia from total defeat and, if he had fought on until the bitter end, an even worse fate. Pashinyan was certainly right in this view and the electorate endorsed his version of events.

Former Armenian President (1998-2008) and Prime Minister (1997-1998) Robert Kocharyan put forward a policy that would have involved the building up of another Armenian army to replace the one destroyed by Azerbaijan, for another future war for Karabakh. That would be presumably be done by working as closely as possible with Russia, making Armenia a virtual dependency of Moscow, in return for military aid and expertise needed for a revival. This might take a generation, but could be achieved, he inferred, if Azerbaijan weakened, whether through a large drop in the oil price on world markets and/or through the hoped for departure of the Aliyevs. That was, in effect, the platform on which Kocharyan stood. Only a minority of the electorate showed any enthusiasm for such a project. The rest dismissed it as fantasy, taking into account Armenia’s current dire position.

The Armenian electorate did not buy the opposition’s story and apparently has not the heart for the “new war for old territory” project advocated by Kocharyan and the Karabakh Clan. A new wave of realism has washed over Armenia as a result of the war. The people preferred to support the possibility of making a functional state out of the existing Armenia rather than attempting another aggrandisement of it through further war.

The election defeat of Kocharyan and Sargsyan suggests that Armenians agreed with Pashinyan that the 2020 defeat was primarily the responsibility of those who had misruled Armenia for the decades before him, and who left Pashinyan with a bad hand in 2018. That Pashinyan then decided to play a dangerous game of bluff at the table and was subsequently cleaned out was seen as the lesser of two evils by the electorate. Although it should be noted that only around half the electorate turned up to vote in this crossroads election, presumably as a result of general despondency over the state of the country.

Armenia’s first President, Levine Ter Petrosyan, warned about the possibility of civil war over the last 6 months. However, Pashinyan’s decision to put his policy to the test, at the ballot box, removed that possibility. His supporters now control the streets and Pashinyan has a new mandate to move forward with reform, freed of the Karabakh problem. That can now be dealt with, in conjunction with a host of regional issues in the course of the peace process.

Ironically, it was the Azerbaijani Army’s victory that has facilitated Pashinyan and potential reform in Armenia. For one thing, Azerbaijan set down a marker for the Armenians: political independence, economic development and social stability are prerequisites for a successful state. The Karabakh Clan, which bathed in the glory of its 1990s victory, and plundered not only the occupied territory but the Armenian people themselves, have been disgraced. The Armenians of Armenia have taken the opportunity to shrug them and their malign influence off. Their time is surely done.

Perhaps we should now see the conflict for Karabakh as one war, not two. It could be described as a 30-year war, interrupted by a 26-year ceasefire. During that ceasefire Azerbaijan, under the astute leadership of the Aliyevs, built a state, economy and military capable of winning the war and reincorporating the national territory. The early battles of the 1990s were lost but the war was won over a generation. That is the understanding that has begun to permeate Armenia and it has already begun to have political consequences.

Pashinyan now has a second chance. The first time he attempted to out manoeuvre the opposition by out-Karabakhing them. That proved a disastrous policy by bringing on the war. Pashinyan should have no necessity of repeating his error. He has scattered the opposition in an election after losing Karabakh in war, so what purpose would be served by doing anything but reaching a functional settlement that allows for an Armenian rejuvenation in the economic and social spheres to take place without the Karabakh diversion?

Pashinyan has declared the political crisis over, called for reconciliation and for the country to move forward together. His biggest problem, however, has to do with achieving the enhancement of Armenian independence. The relentless pursuit of territory so that everything else was relegated to unimportance has placed Armenia in a situation of great dependency on Russia. Economic meltdown, demographic disaster and, finally, defeat in war has not helped a situation that Armenia could only have got out of by making a settlement with Azerbaijan prior to defeat. The prospects for Armenian independence are very dependent upon developing better relations with its regional neighbours, particularly Azerbaijan and Turkey. Certainly its neighbours would be more than willing to facilitate such a thing. Pashinyan’s ultimate success may depend very much on his willingness to grasp this difficult nettle. Without doing so he will surely only get so far.

At the crossroads Armenia has chosen the road it wants to take. The question now is how successful Pashinyan is in taking his people down that road to a better future, not only for Armenia, but for the entire region.

Dr Pat Walsh, Historian and Political Analyst. Author of ‘Great Britain against Russia in the Caucasus: Ottoman Turks, Armenians and Azerbaijanis caught up in Geopolitics, War and Revolution’.