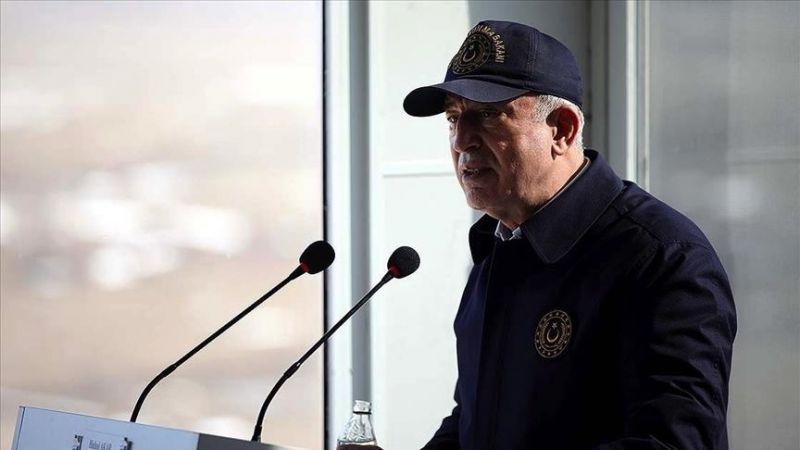 According to Azerbaijan in Focus, reporting Turan News, Turkish Minister of National Defence, Hulusi Akar, praised the combat readiness of the Turkish and Azerbaijani armies, speaking on Thursday in front of the participants of the Turkish-Azerbaijani exercises in the province of Kars.

According to Akar, during the Winter-2021 exercise, the Turkish and Azerbaijani Armed Forces demonstrated a high level of readiness to perform assigned tasks under any weather and geographic conditions. The armies of the two fraternal countries are distinguished by their professionalism and equipment with advanced technology, the Turkish minister said.

He noted that Turkey must be ready for any threats and challenges of our time, which are constantly transforming. As an example, Hulusi Akar drew attention to the situation in neighbouring Syria.

“Ankara did not allow the implementation of a plan to create a zone controlled by terrorists in northern Syria. We have destroyed this “terrorist corridor” near our southern borders, and we will not allow such plans to be implemented in the future. All parties must realise this,” Anadolu agency quoted Akar.

The Turkish Defence Minister further drew attention to tensions with Greece, urging Athens to abandon confrontation in the region. “Greece should refrain from escalating tensions, abandon the language of threats and understand that such methods will lead nowhere,” the minister said.

Akar noted that Turkey expects from the world community an objective and rational approach to the situation in Cyprus, in the Aegean or Mediterranean seas.

The Azerbaijani Defence Minister Zakir Hasanov is also watching the exercises. The exercise began on February 1 and has been going on for 10 days.