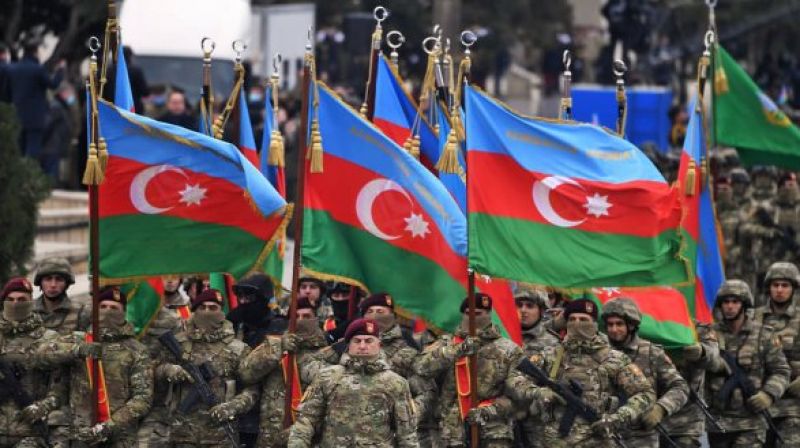 The Azerbaijani Foreign Ministry issued a statement in connection with September 27 – the Memorial Day dedicated to the anniversary of the 44-day war.

These measures were carried out within the framework of the right to self-defense and in full compliance with international humanitarian law in order to prevent another military aggression by Armenia and ensure the safety of the civilian population. This marked the beginning of the 44-day Patriotic War.

The Patriotic War put an end to the aggressive policy of Armenia, which lasted for about 30 years, Azerbaijan secured its territorial integrity, and the fundamental rights of about a million Azerbaijanis were restored. Azerbaijan alone ensured the implementation of the relevant UN Security Council resolutions of 1993.

The termination of the occupation of Azerbaijani territories has widely revealed the illegal activities carried out by Armenia on these lands for decades. This includes the mass burial of mines, targeted destruction, appropriation of the historical, cultural, religious heritage of Azerbaijan, looting of natural resources, destruction of infrastructure and other violations of international law. Evidence of numerous Armenian war crimes was also found. Armenia has appealed to the European Court of Human Rights and the International Court of Justice to bring to justice violations of international humanitarian law and human rights.

In accordance with the trilateral statement of November 10, 2020, the Government of Azerbaijan, which is currently carrying out reconstruction and rehabilitation work in the liberated territories, is taking consistent steps to ensure the safe and dignified return to their homes of about a million Azerbaijani internally displaced persons, the reintegration of these lands, and is taking measures aimed at ensuring sustainable peace, security and well-being in the region.

Azerbaijan is ready to normalize relations with Armenia on the basis of strict compliance with the principles of international law, in particular sovereignty, territorial integrity and inviolability of international borders. We call on Armenia to respect these fundamental principles and fulfill its international obligations in the name of ensuring peace, security and prosperity in the region.

On September 27, which is celebrated in our country as a Memorial Day by order of the President of the Republic of Azerbaijan, we honor with deep respect and reverence the dear memory of all the martyrs who gave their lives for the independence, sovereignty and territorial integrity of Azerbaijan.”