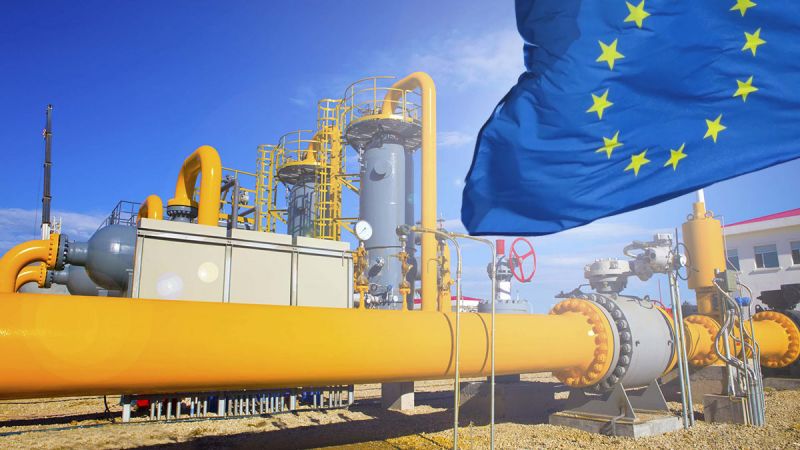 The EU and the US are taking concrete steps to reduce Europe’s dependence on Russian gas and are promoting appropriate initiatives and projects, which was clearly shown in the last week of January.

US President Joe Biden and European Union Commissioner Ursula von der Leyen on January 28 in a joint statement promised to cooperate in ensuring the energy security of Europe, as well as Ukraine, against the background of its possible confrontation with the Russian Federation, according to Azerbaijan in Focus, reporting Turan News.

“The United States and the EU are working together to ensure continued, sufficient and timely supplies of natural gas to the EU from a variety of sources around the world to avoid supply disruptions, including those that could result from a Russian invasion of Ukraine,” the statement reads.

Two days earlier, the EU statement on financing five gas infrastructure projects worth more than €1 billion also noted that “well-integrated networks are essential for the energy transition as they facilitate integration with renewable energy sources, increase the security of supply and help control energy prices (currently around $1,000 per 1,000 cubic meters), which is in line with the terms of the European Green Deal.”

Against this backdrop, Gastrade announced on January 28 that it had taken a final investment decision (FID) to build a liquefied natural gas (LNG) terminal in the Greek port of Alexandroupolis, a project lobbied by the EU and the US to provide additional energy security to Southeast Europe.

This week, the Greece-Bulgaria Interconnector (IGB) consortium also reminded of itself with a statement on progress on the project, which will be connected to the Trans Adriatic Pipeline (TAP – the European part of the Southern Gas Corridor) and the new Greek LNG terminal.

Gas from the Russian Federation covers more than 35% of the needs of the EU countries in gas, prevails in many European countries, and the West is stepping up efforts to reduce this dependence.

On January 28, Gastrade made a final investment decision (FID) regarding the establishment of a liquefied natural gas (LNG) terminal – FSRU – in the Greek port of Alexandroupoli.

The European Commission has decided to support this project in Greece with 166.7 million euros ($186 million). In general, the project is valued at more than 363 million euros, and the shareholders will cover the rest of the costs.

The project includes the construction by the end of 2023 of floating storage and regasification unit (FSRU) with a capacity of 153,500 cubic meters of liquefied gas, a 28 km pipeline that will connect the FSRU to the Greek gas transmission system, going further to TAP and IGB.

Gastrade, as the operator of FSRU, said it already has contracts for about half of FSRU’s capacity (for 2.6 bcm/year of the terminal’s potential capacity of 5.5 bcm/y).

The shareholders of Gastrade include five companies and individuals with a share of 20% each, namely Elmina Kopelouzu, Gaslog Cyprus Investments, shipowner P. Libanu, DEPA Commerce, Bulgarian EAD Bulgartransgaz, and DESFA.

The operation of the facility will start at the end of 2023.

Currently, Russia covers 45% of Greece’s gas needs, 46% with LNG supplies, and 9% with gas from Azerbaijan.

In Baku, the adoption of FID on the new Greek LNG terminal was regarded as another step to strengthen the role of the TAP gas pipeline, which in 2023 will reach a peak of 10 billion cubic meters of gas per year, which, if necessary, can be doubled by installing a gas compressor station at one of the TAP sections.

“FSRU in Alexandroupolis and TAP are not competitors, but interconnected infrastructures. It is understood that this FSRU will be tied to the TAP entry point in Greece, and a cooperation agreement will be signed between the TAP consortium and the project participants of this FSRU at some point in time,” an informed source in the TAP consortium told ASTNA.

According to Greek experts, major LNG sellers from the US, Qatar, Algeria, Egypt, and other countries have already expressed their interest in the LNG terminal in Alexandroupolis, which will open the way for them to Southeast Europe.

It is not superfluous to recall that Alexandroupolis occupies a dominant position in the new Greek-American defense agreement and the development of this port is very important for the United States.

Thus, Greece enters the transit game through the new FSRU, using its strategic position and new corridors to supply Europe and the Balkans (through the TAP and IGB pipelines, the Greek-North Macedonia connection plan, etc.).

On January 26, the IGB consortium stated that it would try to launch this gas pipeline with an annual capacity of 3 billion cubic meters of gas (possibly increasing to 5 bcm/year) between Greece and Bulgaria in July 2022, however, an informed source in SOCAR, in an interview with ASTNA, said, that the operation of this gas pipeline can actually start at the end of this year.

According to the ICGB, “international and market interest in this gas pipeline will grow after its commercial launch.”

Foreign companies have already booked 1.57 billion cubic meters of capacity in it, and the remaining capacity can be listed on the trading floor of the German-based PRISMA European Capacity Platform, the leading European gas capacity trading platform.

“ICGB will auction its capacity at the points of connection with the Greek operator of the natural gas transportation system DESFA and the Trans Adriatic Pipeline (TAP) in Greece through PRISMA … This will further strengthen the position of Bulgaria and Greece on the energy map of the Balkans region,” the statement said.

Bulgaria should receive 1 bcm of gas per year through TAP and IGB.

“Such deliveries were supposed to start in 2021, but the general contractor for the IGB work is behind schedule. In this regard, Bulgaria still receives about 400 mcm of gas per year from the Azerbaijani Shah Deniz field through the old low-capacity gas system from neighbors – an average of 1 mcm of gas per day,” an informed source in SOCAR noted.

Expecting an increase in gas volumes, not only from Azerbaijan but also from other sources, on January 26, 2022, Bulgaria secured from the EU funding for the project to expand the capacity of the Chiren underground gas storage (UGS) to 2 billion cubic meters, for which the European Commission allocates 78 million Euro.

“This project provides for an increase in the capacity of a gas storage facility in Bulgaria, which is necessary to ensure regional security of gas supplies to Southeast Europe, as well as to reduce gas supply costs. The project will also contribute to the phase-out of coal in the Balkans region, facilitating the transition to clean energy,” the EU statement said.

EU energy security issues will be discussed on February 4 in Baku at a meeting of the Southern Gas Corridor Advisory Council, which underlines the growing role of Caspian gas in diversifying gas sources for Europe.

Baku will also host delegations from Croatia, Bosnia and Herzegovina, Serbia, and other European states, who are interested in reducing dependence on gas from the Russian Federation and are lobbying their interconnectors with the prospect of connecting them to TAP.