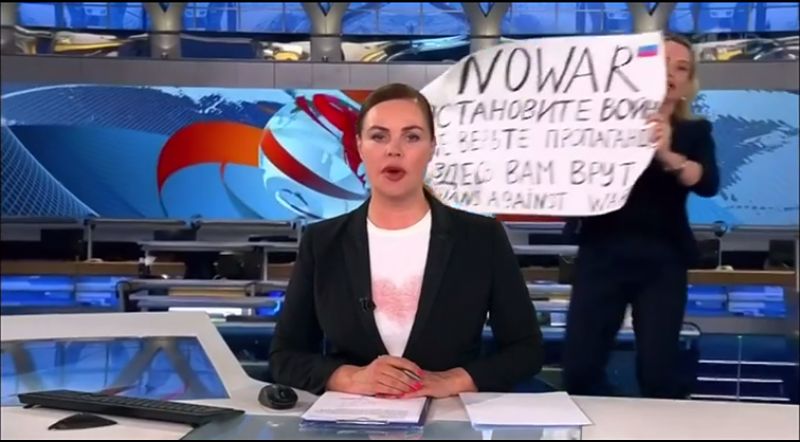 On Monday, the live broadcast of the Vremya program on the First Channel of Russian Television was interrupted by an anti-war action, according to Azerbaijan in Focus, reporting Turan News, citing the Radio Liberty.

The video of the action is massively published by users of social networks. The footage shows how the presenter of the Vremya program Ekaterina Andreeva, sitting in the studio, talks about the government’s plans to mitigate the consequences of Western sanctions. At this moment, the editor Marina Ovsyanikova runs into the studio and stands behind the presenter with a poster with the inscription “Stop the war. Don’t believe the propaganda. Here they lie to you” and says “Stop the war!” and “No war!”.

A few seconds later, the directors of the Vremya program interrupted the broadcast with shots of pre-prepared video material.