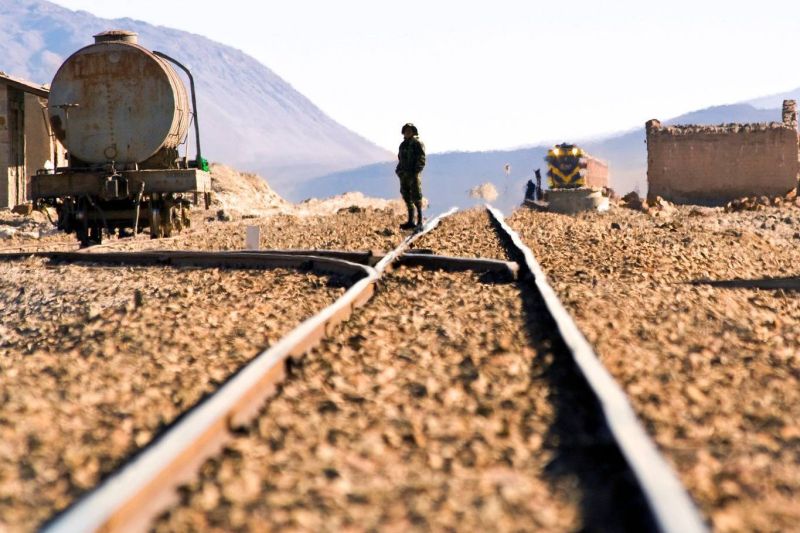 At the Eastern Partnership summit in Brussels, Azerbaijani President Ilham Aliyev and Armenian Prime Minister Nikol Pashinyan reached an agreement on the construction of an Armenian section of the railway from Baku to the Nakhchivan Autonomous Republic, according to Azerbaijan in Focus, reporting Turan News.

In Baku, the cost of building a railway through the south of Armenia, together with the laying of a railway line from Turkish Kars to Armenian Gyumri and further along the Nakhchivan-Meghri-Baku line is estimated at about $ 434 million. Vusal Gasimli, executive director of the Center for Analysis of Economic Reforms and Communications of Azerbaijan, who informed about this, added that “the road with an annual volume of cargo transportation of 10 million tons in the 13th year of operation will be able to make a net profit.

In Yerevan, they declare incomparably large expected costs. The construction of the Yeraskh-Julfa-Ordubad-Meghri-Horadiz railway, on which Armenia and Azerbaijan have previously agreed, may require investments in the amount of $ 1.2 billion, said Armenian Minister of Economy Vahan Kerobyan.

It should be noted that Kerobyan calculated the costs of building a road to Horadiz, located on Azerbaijani territory. The distance from the Armenian border to Horadiz is two and a half times longer than the entire route on the territory of Armenia, in Zangezur (Syunik – Armenian.)

“A larger investment is in the construction of a railway from the border to Horadiz since the tracks there have also been dismantled. Investments there already need quite large investments: it will take over $ 1 billion to restore this section. On the territory of the Armenian Meghri, it may be necessary to build a new section of railway lines. , on which about $ 200 million can be spent,” Kerobyan said.

“Very little money will go for the construction of a site near Yeraskh (to Nakhchivan). Several hundred meters of the railway will need to be repaired,” Kerobyan said.

Since Pashinyan refused to give the railway through Armenia the status of extraterritoriality, despite the fact that, according to the text of the Statement of November 9, 2021, the protection of the road is entrusted to the FSB of Russia, it means that Azerbaijan and Armenia will build railways on their own territories.

On the Armenian territory, the construction of the railway through Meghri was not started.

On May 10, President Ilham Aliyev announced that the construction of the Horadiz-Agband railway was underway in the main territory of Azerbaijan. In addition, in Nakhchivan, a 15-16 km-long missing section will be built from Ordubad to the border with Armenia. The Nakhichevan railway is already operating, both passenger and freight traffic is carried out. After the construction of the Horadiz-Agband section, the entire infrastructure for the creation of the Zangezur corridor in the territory controlled by Baku will be created.

The Azerbaijan Center for Analysis of Economic Reforms and Communications has calculated that unblocking transport links will help the country increase exports by $ 710 million. Baku will also save $ 10 million, which it spends annually on subsidizing Baku-Nakhichevan flights. The opening of the railway will also make it possible to establish direct gas supplies. Now transit through the exchange system is carried out through the territory of Iran. At the same time, Tehran retains 15% of Azerbaijani transit as a payment.

(Yeraskh is a settlement on the outskirts of the Ararat region of the Republic of Armenia adjacent to Yerevan, Meghri is a city in Syunik (southern Armenia, borders with Iran and Azerbaijan). The rest of the indicated settlements are Julfa-Ordubad-Horadiz – cities in Azerbaijan – ed.). The total length of the road under construction on the territory of the two countries will be about 80 km.

In China, the cost of 1 km of the Quzhou-Changshan railway line 41 km long was only $ 2.2 million.