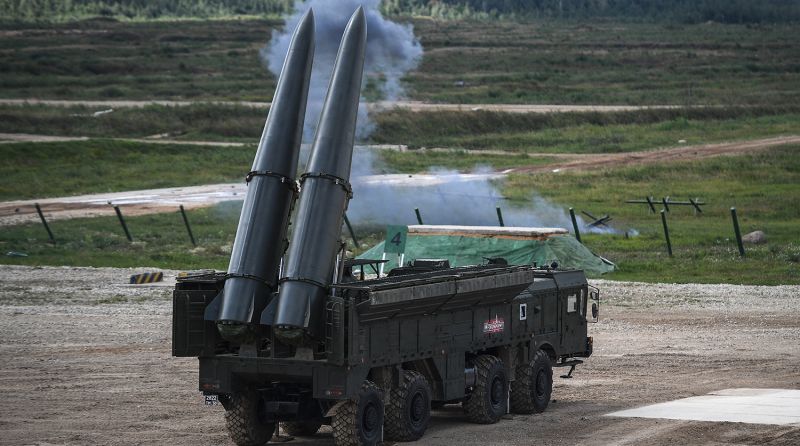 Military Counterintelligence of the Federal Security Service of Russia initiated investigation of Armenia’s acquisition of uncounted «Iskandar-М» and their use in Nagorno Karabakh, according to Azerbaijan in Focus, reporting Turan News.

Illegal acquisition of «Iskandar-М» from army depots of the Red Banner Southern Military District of the Russian Federation, their illegal deliveries to Armenia and operation payment through Lebanese and Russian banks – the current situation demands tough response on the part of Russian military and special services.

It should be noted that in October last year, internal investigation of the Russian Defense Ministry about involvement of Russian military officials in illegal arms deliveries to Armenia started straight after Ilham Aliyev’s statement about incessant arms deliveries to the Armenian party by means of gunrunning scandalised the general public.

It refers to questionable documents at the missile-artillery depots of the district, unexplained flights of the military transport aviation to Armenia and finally, acquisition of Il-76 by Russian businessman Karen Karapetyan at the residual price – all the above shocked Russian special agents who by the nature of their office are put to every kind of work.

Reports from Federal Security Service territorial departments on transfer of hirelings and arms from Russia to Karabakh and on flows of banking accounts of some officials provided a common view of the current information.

«The Armenian diaspora of Russia succeeded in setting up an infrastructure of illegal arms deliveries to Armenia bypassing the system of military-technological cooperation with CSTO member-states», sources close to the Russian Defense Ministry told our correspondent. Note that activities of the Armenian diaspora and pro-Armenian lobbyists have got out of line where the social and political activity ends and high treason clauses of the Criminal Code of the Russian Federation begin.

Anti-tank missile complexes, MANPADS system and heads thereto, three «Iskandars», to say nothing of mines, cartridges and rifle armaments, – all these moved on a large scale from army depots of the Russian military districts.

Transfers on accounts of phantom persons came from businessmen of Armenian origin from Krasnoyarsk and Krasnodar, Tula and Orlov regions, Moscow and Saint-Petersburg and even Khabarovsk region. The list of contributions includes trade centres, supermarkets, building offices and even corner stores of «Armyanshabash» type.

Paradoxically, all these failed to help Yerevan retain occupied territories, like flogging a dead horse. A key reason is covetousness.

«Sources from the Russian military industrial complex explained it as follows: They bought much having not a slightest idea that any arms, either «Kornet», «Igla» or «Iskandar», are a complex based on the hardest complexity of navigation and control system requiring high competence. They tried to save money fondly believing that clicking here and there would be enough to hit the mark».

According to sources in Moscow, the FSS and Defense Ministry top officials submitted a report on illegal “Iskandar-M” deliveries to Armenia to country’s leadership.