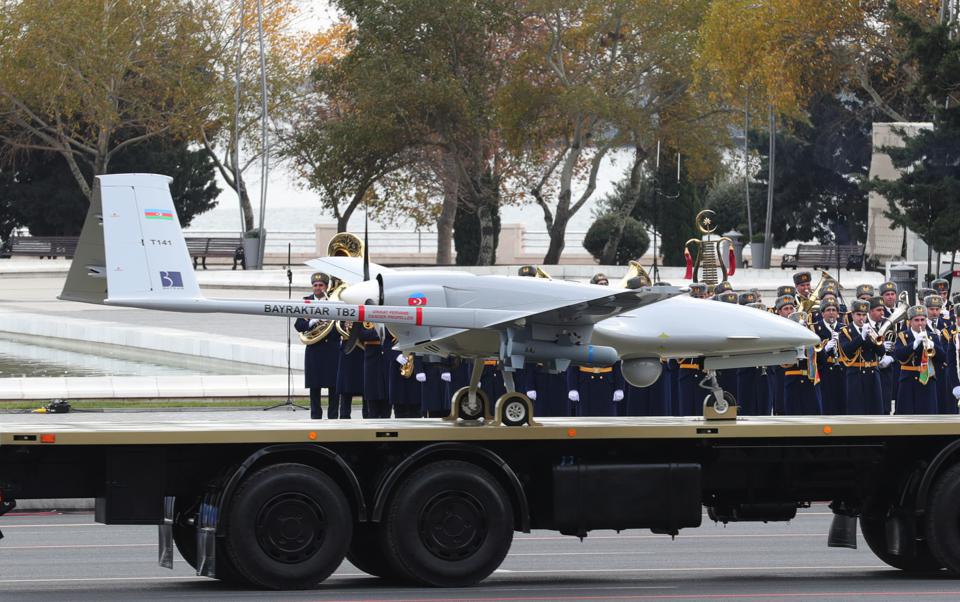 Last year’s war between Azerbaijan and Armenia over the Nagorno-Karabakh region saw the former country afflict a devastating and decisive defeat against the latter through adept usage of sophisticated military hardware that enabled it to avoid becoming bogged down in a costly war of attrition. By doing so, Baku may well have demonstrated how modern military technology such as armed drones can enable small militaries and nations to punch well above their weight on the battlefield.

Early in the 2020 Nagorno-Karabakh war, many Armenian soldiers seemingly expected to fight a similar war to the one they had won in 1994. With their large arsenal of Russian-built T-72 main battle tanks covered by a formidable network of highly formidable S-300 high-altitude air defense missile systems, they apparently thought they were bound to prevail or at the very least effectively hold the line.

Instead, the Armenian forces were utterly decimated by their Azerbaijani adversary, which had adequately prepared itself for tomorrow’s war rather than a repeat of yesterday’s war. 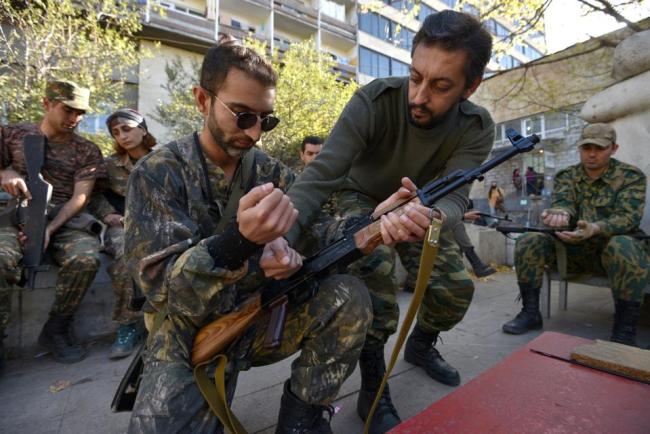 Volunteers and reservists, who wish to join the Karabakh Defence Army to fight against Azerbaijani forces during the ongoing military conflict over the breakaway region of Nagorno-Karabakh, take part in a military training course in Yerevan on October 22, 2020. (Photo by Karen MINASYAN / AFP) (Photo by KAREN MINASYAN/AFP via Getty Images)

“While there was some understanding prior to the outbreak of war that a static ‘trench defense’ was precisely what the Azerbaijanis were prepared to fight against, the slow rate of change meant that Armenia ended up with a flood of volunteers trained by veterans of the 1994 war with wooden guns to execute trench defense,” wrote Eric Chan in The Diplomat. “These forces were then correspondingly demoralized by a way of war that had nothing to do with the old Soviet firepower-attrition method that gave Armenia the victory in 1994. The Armenians were fixed and then destroyed – not just in position, but mentally as well.”

Azerbaijan is primarily credited with having achieved this through its use of Israeli-made Harop loitering munitions (also known as “suicide” or “kamikaze” drones) and Turkish-made Bayraktar TB2 drones, which are armed with precision-guided smart munitions, among other weapons.

Recent reportage outlined how Azerbaijan used the Harop drones to devastating effect against Armenian air defenses. The tactic and its execution was genius in its sheer simplicity. Baku converted vintage Soviet-built Antonov An-2 biplanes into remote-controlled decoys that took to the skies and fooled the Armenian S-300s into activating their radars, thus enabling Azerbaijan’s Harops to locate and destroy those high-value targets with pinpoint accuracy and efficiency.

At least six of these expensive systems were destroyed in this manner. Video footage released by Armenian officials this month vividly showed just how devastating such Harop strikes were. 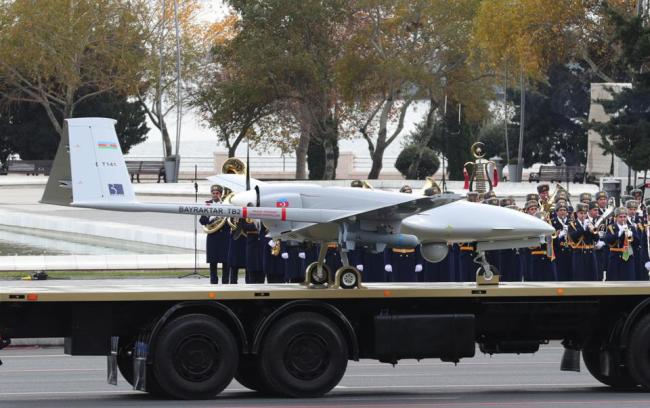 Baku achieved this impressive feat with relatively small expenditures for these high-tech weapons that enhanced its military arsenal over time. The Israeli weapons it procured between 2006 and 2019 cost it an estimated total of $825 million. The Stockholm International Peace Research Institute recently estimated that between 2016-20 “Israel accounted for 69 per cent of Azerbaijan’s arms imports.” Its comparatively manic acquisition of Turkish equipment saw it spend $123 million in the first nine months of 2020 that preceded the war.

While a lot of money for a country of Azerbaijan’s size, these weapons undoubtedly gave it a crucially important technological edge over its Armenian adversary.

Azerbaijan’s use of such advanced technology to overcome Armenia’s quantitative forces continued right up until the end of that 44-day war. As the Armenians were losing the strategically-important city of Shusha in the Karabakh mountains, Yerevan apparently wanted to pressure Azerbaijan into implementing a ceasefire by using its weapon of last resort, the Russian-built 9K720 short-range Iskander ballistic missile. Armenia fired one of these missiles at Baku. It never impacted since Azerbaijan had another high-tech piece of military hardware up its sleeve. A Barak 8 air defense missile system, which was jointly developed by Israel Aerospace Industries (IAI) and India’s Defense Research & Development Organization (DRDO), intercepted the Iskander. 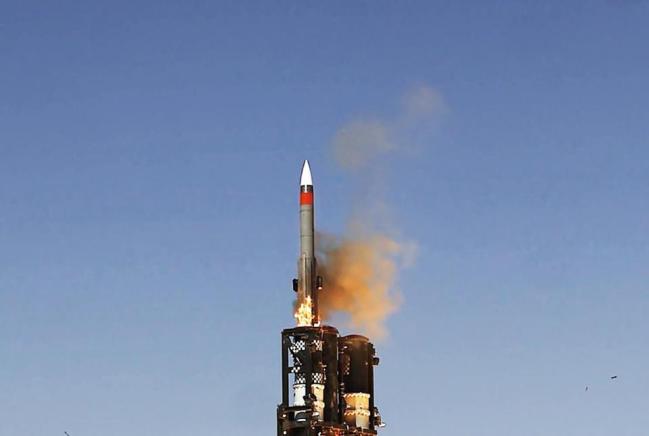 A Barak 8ER (extended range) missile during a March 2021 trial in Israel. Photo by IAI.

A Russian-brokered ceasefire ended the war following devastating territorial losses in the Nagorno-Karabakh for Armenia. It may take some years of retrospective analysis to conclusively determine just how substantively Azerbaijan may have been among the first to demonstrate how in this 21st century, small nations can increasingly deploy such advanced weapons systems to compensate for their size and decisively prevail against otherwise equal or even more powerful opponents.

In a recent article in The Jerusalem Post, journalist Seth Frantzman questioned if Azerbaijan’s use of advanced weapons, particularly those Israeli-built loitering munitions, ultimately “resulted in fewer casualties for both sides, either by hastening Azerbaijan’s victory, forcing Russia to come in as a peacemaker, or reducing civilian casualties by providing better precision guidance.”

While Baku undoubtedly prevailed in the conflict, it was far from cost-free. By its own calculations, disclosed last November, Azerbaijan lost at least 2,783 soldiers compared to Armenia’s reported 2,317. Despite these losses, Frantzman may well have made an important point.

After all, had the war become one of yesteryear; hence one of attrition fought on bloody static fronts, then it could have become a repeat of the First Nagorno-Karabakh war which dragged on for six years and, according to a 1994 Human Rights Watch report, left at least 25,000 soldiers and civilians dead on both sides (in other words at least fivefold the number lost in the 2020 war) and displaced one million.

Whatever the case ultimately proves to be, it increasingly seems that last year Azerbaijan aptly demonstrated how small nations cannot be underestimated in modern-day wars.

This article originally appeared in Forbes on 25 March 2021.