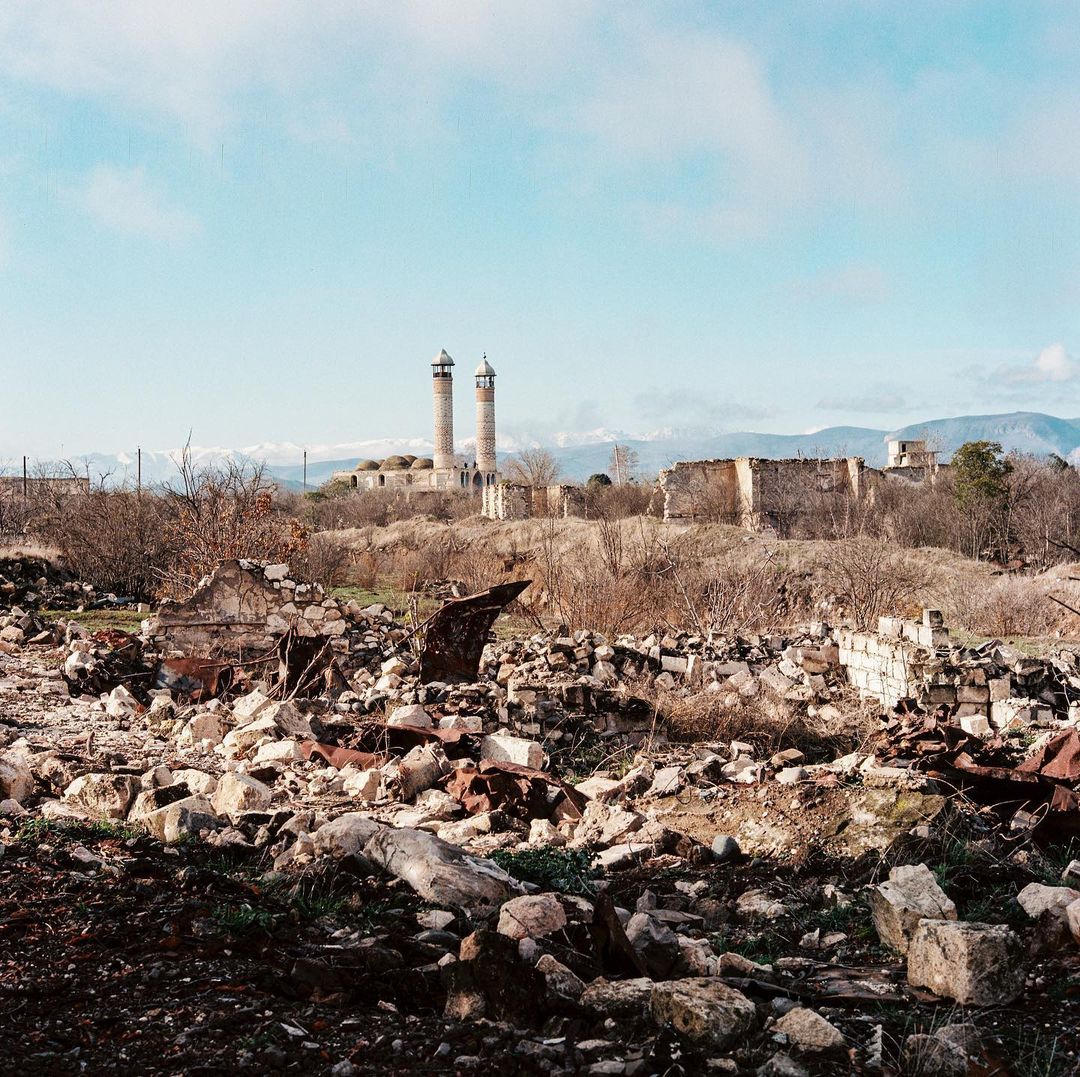 The Liberated City of Aghdam Featured in National Geographic

The two featured images showing the ruins of the ghost city and the only remaining building – a mosque – were accompanied by the following caption:

“Once populated by about 40,000, the recently recaptured Azerbaijani city of Agdam stands in ruins after nearly three decades of occupation by Armenian forces. Only the main mosque was left intact; other buildings were demolished or stripped bare in the years since the city fell in 1993 during the conflict between Armenia and Azerbaijan over Nagorno-Karabakh, which unravelled following the collapse of Soviet Union. The brutal and protracted war displaced more than a million people from both sides. The most recent flareup of hostilities, in September, lasted 44 days and came to an end with a peace deal brokered by Russia, which resulted in the deployment of Russian peacekeepers to the Nagorno-Karabakh region and Azerbaijan reclaiming most of its territories lost in the 1990s war.”