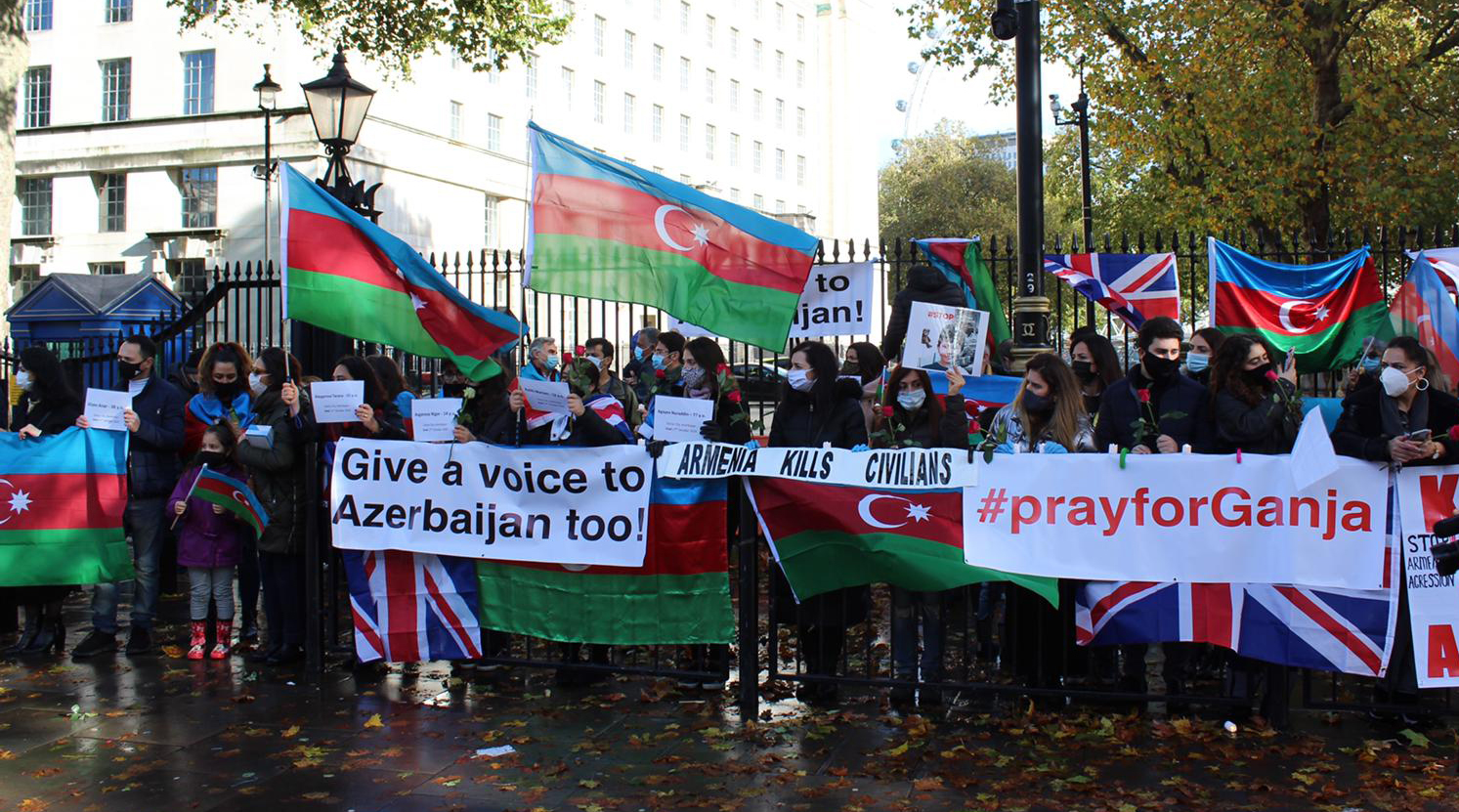 The Message of Peace Taken to the Door of No.10

More than 100 Azerbaijanis and supporters of international law travelled to Westminster on 25 October to make their thoughts and frustrations known to Boris Johnson, the British Prime Minister, at No.10, Downing Street. During the protest, they carried banners, flowers, candles and placards bearing the names of the estimated 62 civilian victims of Armenian forces in Ganja and other Azerbaijani cities since the reignition of the Armenian–Azerbaijani Nagorno-Karabakh conflict on 27 September. A letter to Mr Johnson was read aloud, calling for the UK to outrightly condemn Armenian agression against civilian targets and the use of banned weapons. 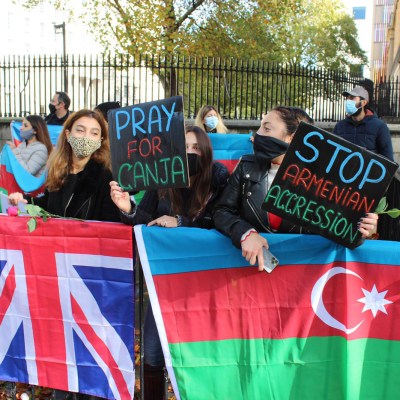 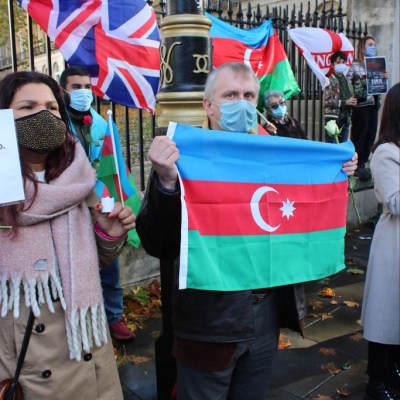 The emotional event began with ten minutes’ silence for the dead and a recital of Sari Gelin by a child kamancha player, before the chanting of slogans began. It is planned that this peaceful protest, at the heart of British democracy, will be repeated until the UK government changes its stance and condemns the Armenian occupation and aggression. 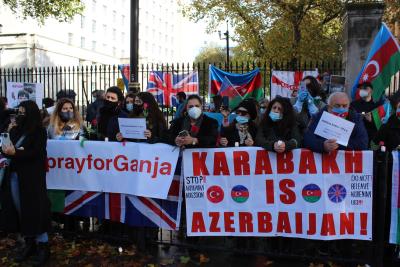