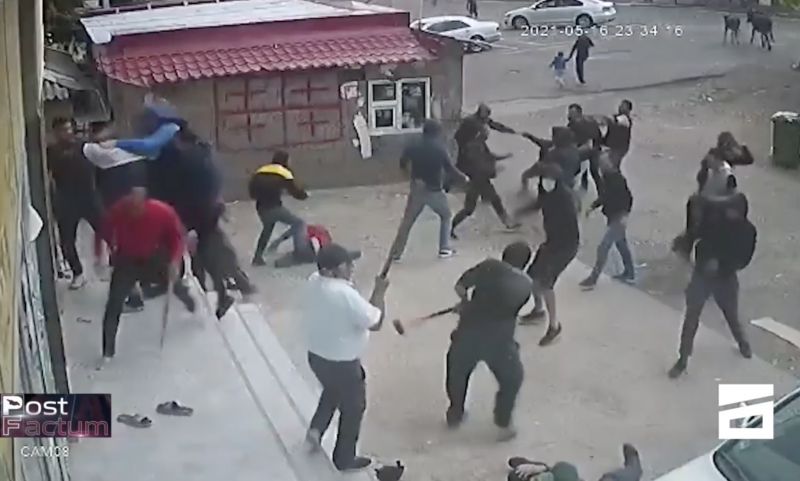 The Ministry of Internal Affairs on the situation in Dmanisi

Ministry of Internal Affairs of Georgia calls on the residents of Dmanisi to stop rioting and to obey the demands of law enforcement agencies. Riots and clashes between Azerbaijanis and Georgians continue for the second day in this district center, according to Azerbaijan in Focus, reporting Turan News.

“In order to prevent a repeat of the confrontation in Dmanisi and an artificial escalation of the situation, MIA officers are mobilized on the spot to maintain public order. The MIA calls on the opposing sides to obey the legal demands of the police and remain calm so as not to contribute to the artificial escalation of a domestic conflict into an inter-ethnic confrontation,” it said in a statement.

A conflict between ethnic Azerbaijanis and migrants from Svaneti (a mountainous region of Georgia) in Dmanisi, was later revealed to have broken out after an Azerbaijani shop owner refused to lend beer to the Svanis, which then escalated into a bloody confrontation using baseball bats and other improvised means. The Svanis responded by attacking and vandalizing the shop.

Since Monday morning, riots have broken out across the city and involve hundreds of people. Ethnic Azerbaijanis have been out in the streets since morning demanding an apology and punishment for those who engaged in a mass brawl yesterday and vandalized a shop belonging to an Azerbaijani family. Some of the young men armed with truncheons threatened to smash the houses of Svanis.

Additional police forces have been mobilized on-site, but the riots are continuing. There are detainees and casualties, including police officers.