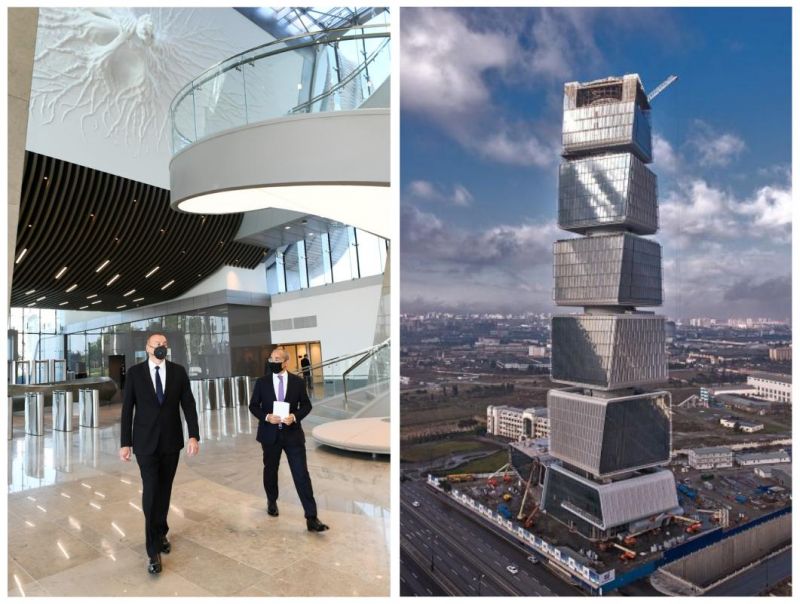 On May 29, the head of state Ilham Aliyev participated in the opening of a new building of the Ministry of Economy, which was built on H. Aliyev Avenue, according to Azerbaijan in Focus, reporting Turan News.

The 33-floor skyscraper was built by the Turkish company Tekfen and was originally intended for the Ministry of Taxes. However, this department merged with the Ministry of Economy. The height of the building is 168 meters; the area of the premises is more than 6500 square meters.

The building houses office premises, a fitness club, a restaurant, hotel rooms, conference rooms, and a cafeteria.
Construction began in 2016. According to unofficial data, the construction cost $ 94 million.