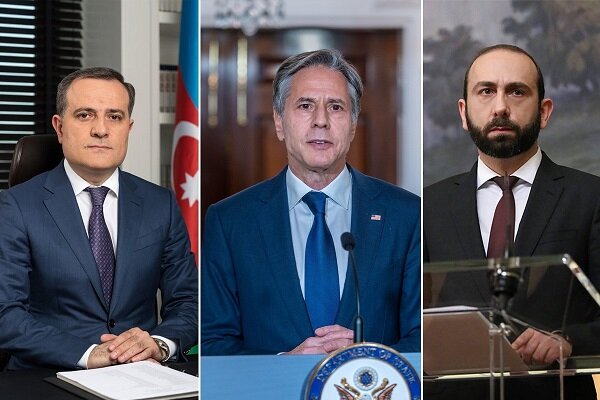 The results of the Washington meeting. The negotiation process is deadlocked

At a time when Azerbaijan was celebrating the second anniversary of the liberation of the city of Shusha in Karabakh, sacred for Azerbaijanis, and the victory in the war to de-occupy the regions occupied in the past by Armenia, the foreign ministers of the two warring South Caucasian countries continued peace talks in Washington as part of the long-term Brussels-Moscow-Washington relay race, according to Azerbaijan in Focus, reporting Turan News.

Press-release of the State Department following closed-door talks brokered by Secretary of State Anthony Blinkin, downplayed the hope for an early peace settlement that President Ilham Aliyev and Prime Minister Nikol Pashinyan announced in their closing statement following their Prague meeting on October 6.

In Prague, Armenia, like Azerbaijan, agreed to follow the spirit of the UN resolution recognizing the independence of the former Soviet republics within their borders and the Alma-Ata agreement of December 1991 to denounce the treaty establishing the USSR and recognize the territorial integrity of the newly independent states within the administrative borders existing at that moment.

The Washington press statement carefully, diplomatically emphasizes that “the ministers exchanged views on the elements of apossible peace treaty, noting that a number of issues remain to be resolved.” The term “possible”, framed by the wording “there are still a number of issues that need to be resolved”, means that the negotiation process is reaching an impasse.

Azerbaijan and Armenia have entered another phase of contradiction, when Baku seeks to quickly conclude a larger peace agreement and thereby fix the existing status quo, and Yerevan tries to delay the recognition of the territorial integrity of Azerbaijan, which, in fact, may mean the recognition of the Armenian-populated part of Karabakh as part of Azerbaijan. And this will mean a complete fiasco of the 35-year-old political and military battle of Armenians for Karabakh.

A week before the Washington talks – on the eve of the meeting between Pashinyan and Aliyev in Putin’s Sochi residence, Yerevan, relying on the support of its centuries-old overlord, proposed to maintain Russia’s military presence in Karabakh for 20 years instead of the remaining three and provided according to the statement of November 10, 2020. And in Khankendi, the Armenians went to a biased rally, inviting Russia to restore the former vassalage of the South Caucasus region.  The Kremlin ignored the gifts of the Armenians.

Washington’s results do not bode well for resolving the conflict between Azerbaijan and Armenia, which has become a victim of its own inexorable policy. It is trying to maintain the same line of conduct, despite the fact that it is losing its former support from the West and Russia, which, in the presence of serious contradictions, and especially on Ukraine, still demonstrate the unity of views on the conditions for achieving peace, stipulated in the Statement of November 10, 2020.

Aliyev, who received carte blanche to restore the territorial integrity of Azerbaijan from leading international mediators, said in Shusha that revanchist forces are rising in Armenia, unwilling to accept the outcome of the war. He accused Armenia of not fulfilling the agreement of November 10, 2020 until the end, not completely withdrawing its armed forces from Karabakh, not opening the Zangezur corridor.

His revelation “Our patience is not unlimited, and I want to warn once again that if this obligation is not fulfilled, Azerbaijan will take the necessary steps,” recalls in spirit the previous statements he made both on the eve of the 44-day war and before conducting local military operations in 2021 and 2022 to force Armenia to peace.

It is unlikely that the next meeting between the Foreign Ministers of Azerbaijan and Armenia, Jeyhun Bayramov and Ararat Mirzoyan, which should take place before the end of November, will form the text of the final peace treaty. There are no signals from the Armenian society for this. And this can detonate another military confrontation, which is most likely in the absence of an Armenian-Azerbaijani peace treaty.