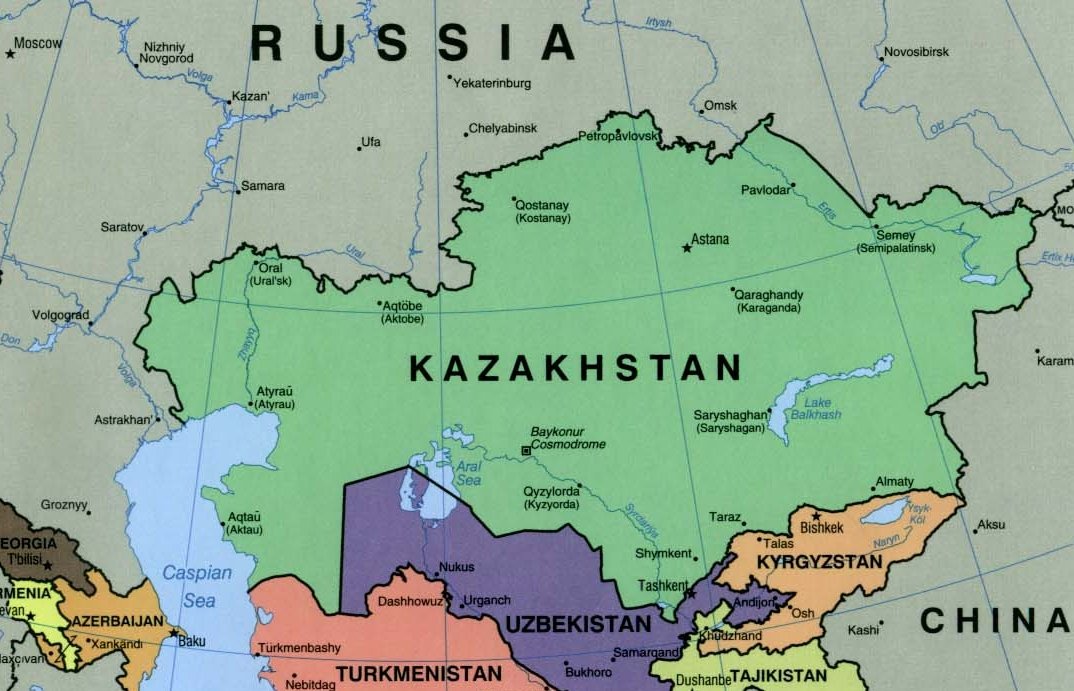 The situation in Kazakhstan is a much bigger deal than Western media is letting on. I believe it significantly increases the risk of the NATO-Russia conflict. Here is my report from Moscow.

First, what is happening in Kazakhstan? Mass protests and anti-government violence have left dozens dead. Russia is deploying 3,000 paratroopers after Kazakh security forces were overrun. The largest city, Almaty, looks like a warzone.

To appreciate why Russia is willing to deploy troops to Kazakhstan, it’s critical to understand the depth of Russia’s vital national interests inside the country. This isn’t just any former Soviet republic. It’s almost as important to Russia as Belarus or Ukraine.

First, Russia and Kazakhstan have the largest continuous land border on planet earth. If Kazakhstan destabilizes, a significant fraction of the country’s 19 million residents could become refugees streaming across the border. Russia is not willing to let that happen. 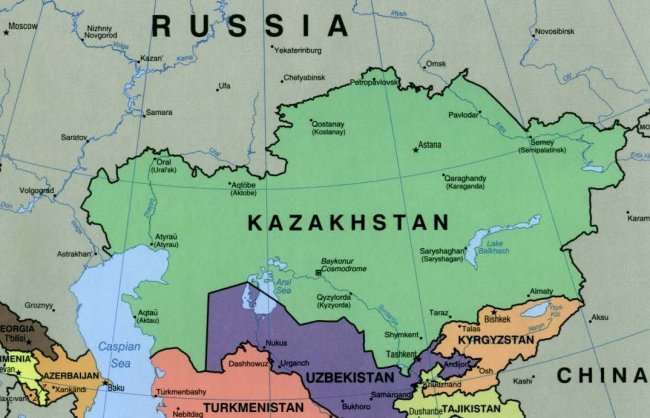 Second, roughly one-quarter of the population of Kazakhstan is ethnic Russians. Kazakh nationalists are overwhelmingly Muslims, who resent the Orthodox-Christian Russian minority. Russia believes that civil war would entail a non-trivial risk of anti-Russian ethnic cleansing. 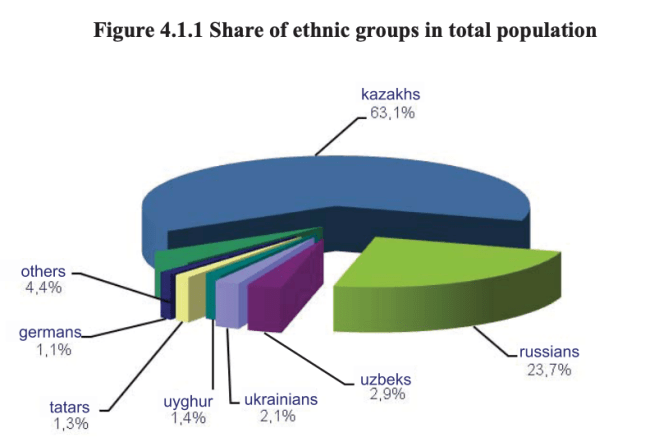 Third, the Baikonur Cosmodrome in Kazakhstan was the heart of the Soviet space program. Russia still uses it as its primary space-launch facility. The Vostochny Cosmodrome in Russia’s Far East will lessen that dependence, but it still isn’t complete. 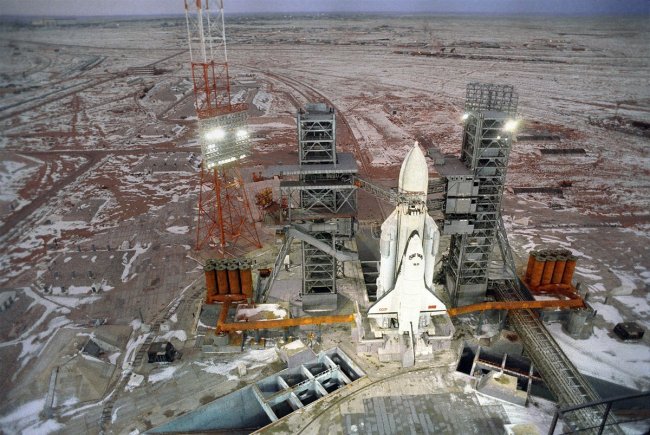 Fourth, Russia conducts its Anti-Ballistic Missile testing at the Sary-Shagan test site within Kazakhstan. This is where the ongoing development of the S-550 ABM system is occurring, one of the foundations of Russia’s national security. 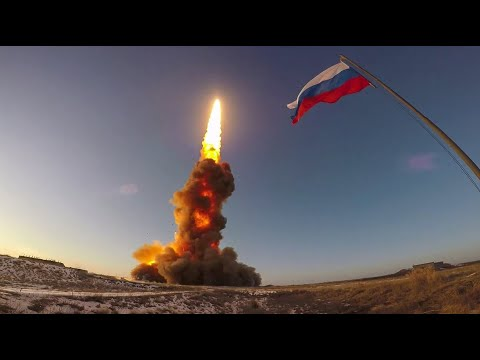 Fifth, Russia’s nuclear fuel cycle is intimately linked to Kazakhstan. Russian-backed Uranium mining operations are active in the country. Uranium from Kazakhstan is enriched in Novouralsk, Russia, and then returned to Kazakhstan for use in Chinese nuclear-fuel assemblies.

Collectively, these security interests make Kazakhstan a region that Russia is willing to stabilize with force. The 3,000 troops it has already committed are not the maximum it is willing to deploy. If necessary, these will only be the first wave of the Russian forces in the country.

The biggest question is how the situation in Kazakhstan will affect the existing standoff between Russia and NATO over Ukraine. Will Russia be deterred from intervention in Ukraine by the need to maintain reserves to deploy to Kazakhstan? Or will it simply be provoked?

Recall that, before things escalated in Kazakhstan, Russia had massed troops along its border with Ukraine. Moscow issued an ultimatum: Provide security guarantees that Ukraine would not join NATO “or else.” This was already a very dangerous situation. 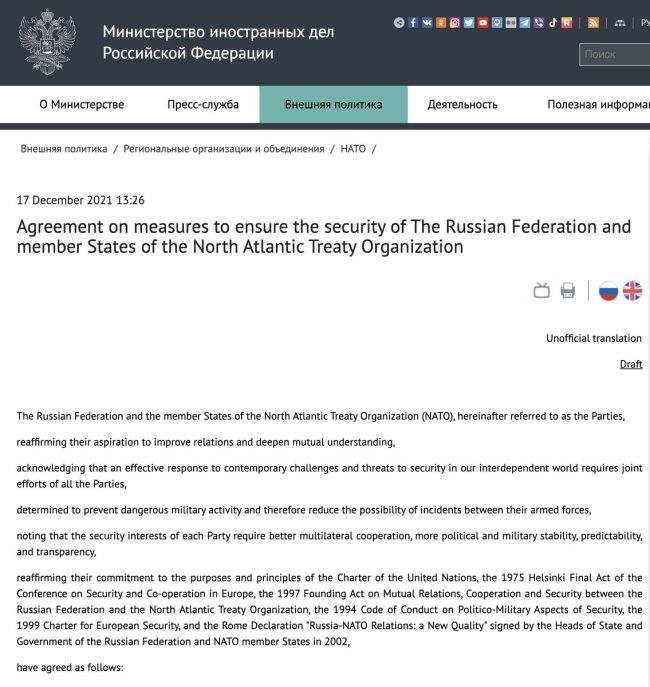 NATO-Russia talks to resolve the crisis in Ukraine were set to begin next week. Yet, on the eve, the revolution against the government of Kazakhstan began. Russia perceives this to be an act of “hybrid war.” Right or wrong, that perception is fueling a desire for revenge.

What is “hybrid war”? From the Russian perspective, it is a two-pronged approach to regime change. First, Western-backed NGOs encourage large protests against an incumbent government. Second, armed provocateurs use the protests as cover to stage kinetic attacks. 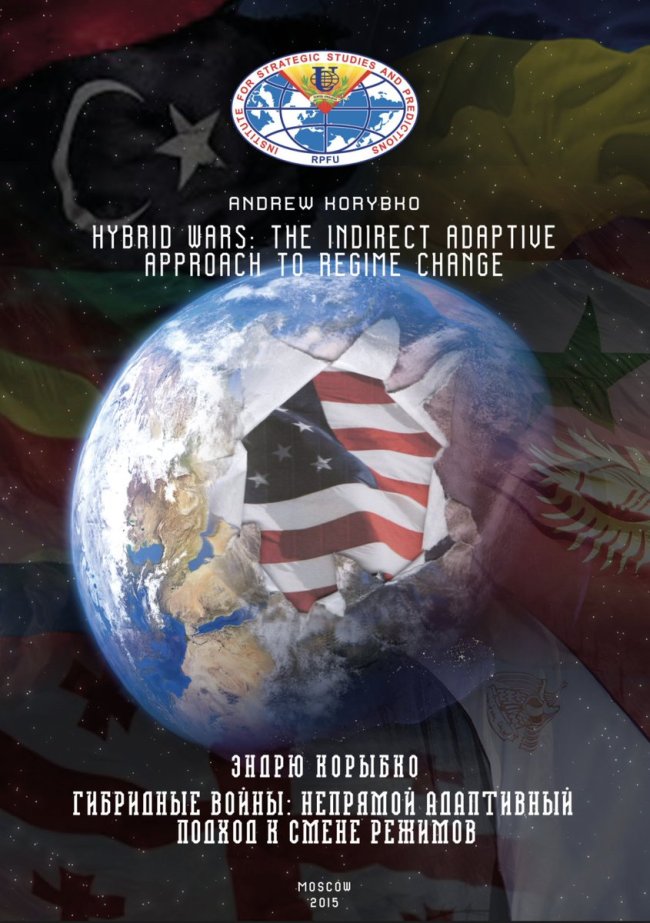 Moscow believes that this playbook was employed successfully in Ukraine to oust the Russian-aligned government in 2014. And it believes that the West unsuccessfully attempted to employ the same strategy to topple Russia’s allies in Syria and Belarus.

It’s debatable whether the West has anywhere near the power to spark revolutions that Russia contends. Yet America plays into Russian paranoia by funding “civil society” NGOs overseas. When revolutions occur in countries where they’re active, Russia connects the dots.

Kazakhstan is the latest example. In the year before the attempted revolution, the U.S. National Endowment for democracy spent more than $1M in the country. The money went to PR campaigns against the government and training anti-government protesters.

The Russians are convinced that NED is a front for the CIA. I don’t think that’s true.
But it’s a distinction without a difference since NED has taken over part of the CIA’s mission.

In 1986, the founder of NED, Carl Gershman, said the group was created because “[i]t would be terrible for democratic groups around the world to be seen as subsidized by the CIA.”

Today, instead of receiving CIA money, they receive NED money.

In 1991, NED President Allen Weinstein said, “A lot of what we do today was done covertly 25 years ago by the CIA.” He claimed that operating overtly via NED, rather than covertly through the CIA, made the risk of blowback “close to zero.”

The Russians do not see things that way. When they witness overt U.S. support for ousting pro-Russian governments, they assume there is also covert support being provided. To them, NED is only 1/2 of a “hybrid war” strategy in Kazakhstan that includes kinetic operations.

It describes the situation in Kazakhstan as “an attempt to undermine the security and integrity of the state by force, using trained and organized armed formations, that is inspired from the outside.”

This claim forms the predicate for intervention by the “Collective Security Treaty Organization,” the Russian-led equivalent of NATO. It’s the first-ever CSTO intervention, and it’s based on the accusation of a foreign attack on the sovereignty of Kazakhstan.

White House Press Secretary Jen Psaki has questioned the legal legitimacy of the CSTO operation, but there’s not much to complain about. The undisputed President of Kazakhstan, Tokayev, requested CSTO support, claiming his nation was under attack. 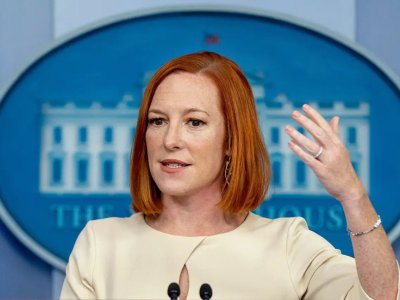 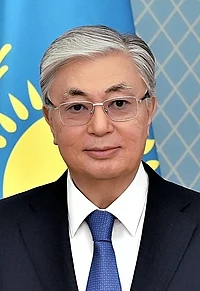 To bolster the appearance of multilateralism, the Russian forces are deploying alongside a smaller number of troops from two other CSTO states, Belarus and Armenia. These CSTO forces will secure critical government installations, freeing up the Kazakh military to perform “anti-terrorism.” The most critical function of the CSTO deployment is internal signaling within Kazakhstan.

Now that Kazakh forces know Russia is backing their government, fewer of them will be willing to join the side of the opposition. We saw that happen before. I doubt we’ll see it again.

In the short term, while Kazakhstan remains volatile, Russia’s freedom to maneuver in Ukraine may be constrained. But this will not motivate Moscow to deescalate the crisis in the long term. Instead, it will only strengthen perceptions of the West as an existential threat.

Activists from prior color revolutions are already publicly taking credit for what is happening in Kazakhstan. Here is a post from Belorussian activist, Dzmitry Halko, who says that he helped organize the uprising in Kazakhstan along with veterans of the Ukraine revolution. 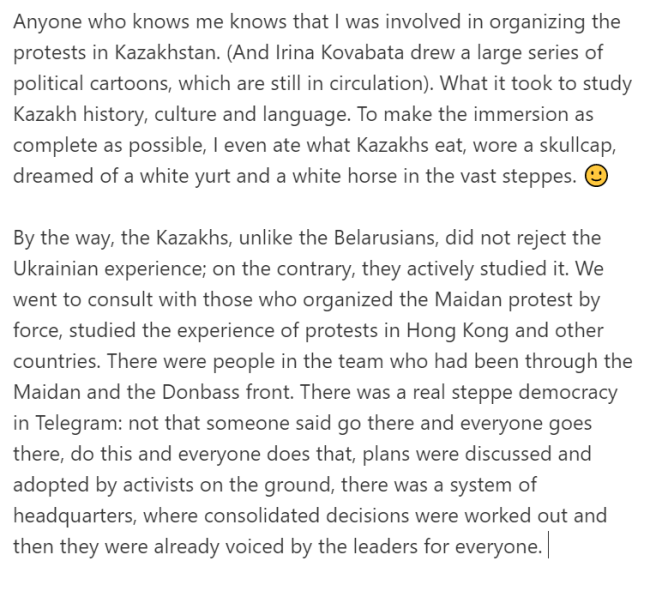 The Kremlin’s biggest fear is a “Maidan on Red Square” – i.e., a repeat of the Ukrainian revolution inside Moscow. The more that it appears the West is pursuing similar revolutions in former Soviet republics, the more aggressively Russia will push back.

In America, the situation in Kazakhstan is a small news item. In Moscow, it is currently receiving 24/7 news coverage, like it’s an apocalyptic threat to Russia’s security.

I’ve had the TV on here while writing this thread, and Kazakhstan has been on the entire time.

It’s important to note that today is Christmas in Russia.

(They celebrate it on January 7th rather than December 25th, due to the Russian Orthodox church still adhering to the Julian Calendar.)

When Christmas is overshadowed by a security crisis, it’s a big deal.

This report originally appeared in Thread Reader on 7 Jan 2022.