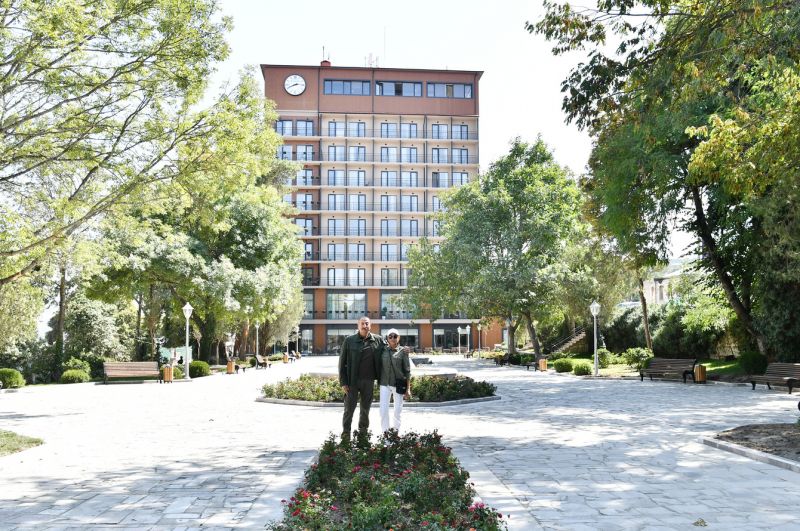 The trip of the President of Azerbaijan to Fizuli and Shusha

On August 29, Azerbaijani President Ilham Aliyev has taken a trip to the territories liberated from the Armenian occupation, according to Azerbaijan in Focus, reporting Turan News.

He got acquainted with the final works on the Victory Road of Ahmadbeyli-Fizuli-Shusha and the Fizuli International Airport, which President Aliyev called the “air gate” to Karabakh.

In the cultural capital of Azerbaijan – Shusha, the head of state took part in the opening ceremony of the reconstructed Karabakh hotel.

In addition, the opening ceremony of the restored mausoleum to the poet Molla Panakh Vagif, the house-museum of Bulbul, and the monument to Uzeyir Hajibeyov were held with the participation of the President.

The foundations of a new hotel and conference center, as well as a residential area in Shusha, were also laid.