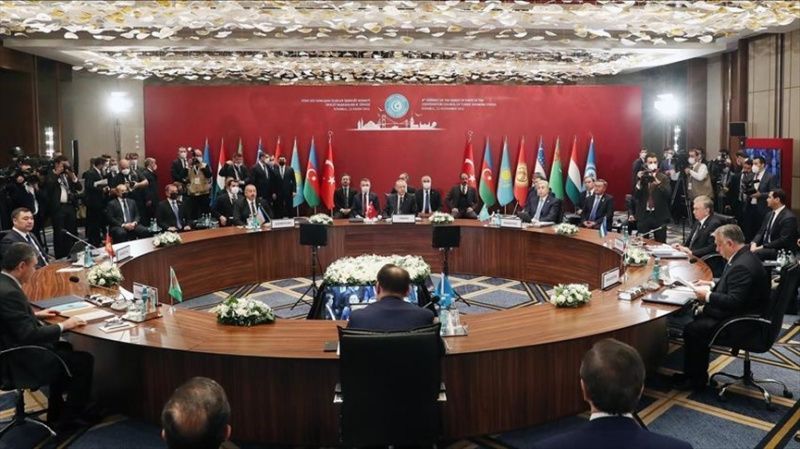 The Turkic Council was renamed as the Organization of Turkic States

During the 8th summit in Istanbul, the Cooperation Council of Turkic-speaking states was renamed as the Organization of Turkic States, according to Azerbaijan in Focus, reporting Turan News.

“We decided to rename our council. From now on, it  is called  the Organization of Turkic States. Thanks to the new name and structure, the organization will develop and strengthen more actively,” Turkish President Recep Tayyip Erdogan said in a final statement.

The President of Uzbekistan proposed to create a Center for Research on Trade Cooperation of Turkic States, which will develop proposals for eliminating trade barriers, introducing e-commerce and increasing the volume of exports and imports.

He also outlined another priority area of cooperation – the development of transport and transit, the creation of new transcontinental corridors from China to Europe, which will have to pass through the territories of the Turkic-speaking countries.

As a result of the work of the leaders of the Turkic countries, a final document was adopted, which, in particular, refers to the adopted concept “Vision of the Turkic World – 2040”. It is a strategic document “defining future cooperation in various areas of common interest in the Turkic world.”

In addition, the leaders issued an appeal for emergency humanitarian aid to Afghanistan.