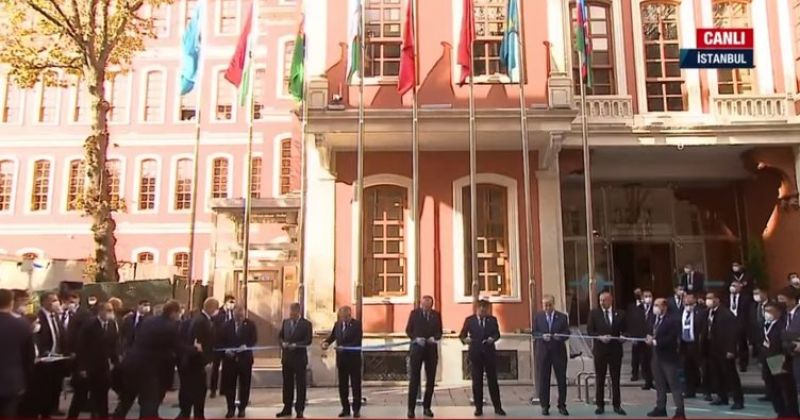 I have written more than once that the modern political world has entered the era of the formation of large integration projects that unite states for a variety of reasons and interests. In the case of the Turkic states, there are more than enough such reasons: the commonality of languages, cultures and histories, not to mention the interests that dictate the need for unification in the face of extreme turbulence in the political world, which has recently caused a rapid decline in security and the collapse of the last bastions of the world order. In these conditions, the decision of the 8th summit of the leaders of the Cooperation Council of Turkic-speaking states (12.11.21 is an absolutely symmetrical date!) to create the Organization of Turkic states can play a significant role in uniting not only the Turkic peoples, but also the entire world of Islam, which is in a state of crisis, indicating big transformations in the near future. The results of the second Karabakh war, which changed the geostrategic situation both in the region and in the world, became a positive event in this direction. Even without taking into account the large-scale external resistance to the noted integration processes, one should take into account the internal contradictions crushing the unity of both the Turkic and the Islamic world as a whole. What are the prospects?

The Turkic peoples developed in a complex and contradictory context of historical events related to the relationship between the Russian and Ottoman empires, which had the greatest impact on the nature of the formation of the Turkic mentality and the problem of the unity of peoples. A well-known discussion in pre-revolutionary Russia on the unification of languages and alphabets of all Turkic peoples under the norms of the Ottoman Turkish language, in which the Azerbaijani and Tatar intelligentsia took an active part. This was the era of the formation of national identity, and Mammadamin Rasulzade accurately linked this moment with the need to complete the process of formation of individual Turkic peoples and their cultures.
When in the early 1990s the main ideologist of the creation of the union of Turkic-speaking states, the President of Turkey Turgut Ozal put forward the idea of a “Turkic house”, under its roof people should have gathered quite distant from each other peoples with their unique history of development, however, equally poisoned by the poisons of the fight against “Pan-Turanism” (Pan-Turkism) in the USSR …
Obviously, under these conditions, the creation of a political and economic union of the Turkic-speaking republics of the CIS with Turkey could only be generated by an initial cultural and humanitarian activity designed to revive the lost historical episodes of the unity of the Turkic peoples. This role was assumed by the Turkic Council (2009), created at the suggestion of the President of Kazakhstan N. Nazarbayev. At the same time, which is not unimportant, international Turkic kurultays (the idea of the head of the Turkish Nationalist Movement Party A. Turkesh) began, in which Turkic communities and organizations from all over the world took part, including the Turkic republics within Russia and the Turkic-speaking population of other CIS countries. In January 1993, a law was passed under which Turkey took over the funding of two five-year education and culture programs. In the course of their implementation, large groups of students and schoolchildren from the CIS underwent civil and military training in Turkey, and in these countries a network of Anatolian lyceums was created – secondary educational institutions with in-depth study of Turkish and one of the Western languages, and a number of schools introduced the teaching of the Turkish language … In 1995, two Turkish universities named after Sultan Demirel and the International Turkic-Kazakh University named after Khoja Ahmad Yasevi (Almaty) were opened in Kazakhstan. Within the framework of the new language policy, Azerbaijan, Turkmenistan and Uzbekistan in the 1990s. switched from Cyrillic to Latin graphic basis of national alphabets. Currently, the transition to the Latin alphabet has begun in Kyrgyzstan and Kazakhstan. In 2006 in Turkey’s Antalya, Turkish Prime Minister Recep Erdogan proposed to rewrite the general history of the Turks and start teaching it in schools. Rather, the creation of the Parliamentary Assembly of Turkic-speaking countries became a political act (TURKPA, Baku, 2009).

This article originally appeared in TURAN INFORMASIYA AGENTLIYI on 15 Nov 2021.