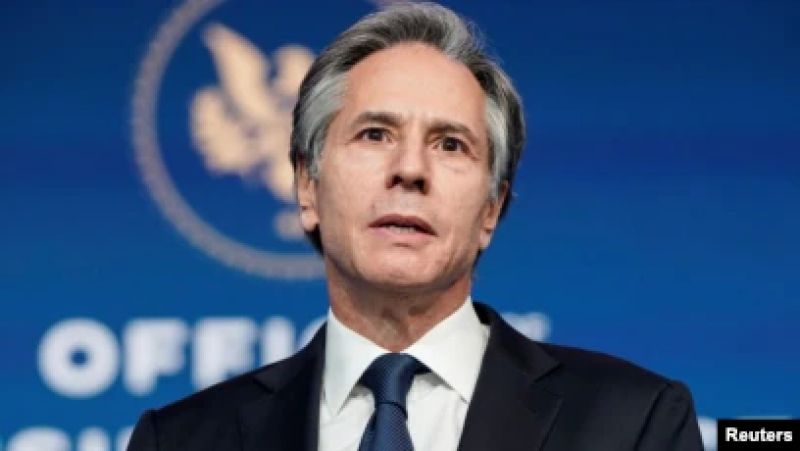 The U.S. welcomes resumption of direct dialogue between Baku, Yerevan

The U.S. welcomes the resumption of direct dialogue between the governments of Armenia and Azerbaijan, and urges them to make progress on humanitarian issues “including detainees, de-mining, missing persons, with investigations of alleged human rights abuses and violations of international humanitarian law with the perpetrators held accountable,” Secretary of State Anthony Blinken said in Stockholm on Thursday, according to Azerbaijan in Focus, reporting Turan News.

“We urge all parties to resolve other outstanding issues like border delimitation and demarcation, the restoration of economic and transport links, and to continue to engage with the Minsk Group co-chairs for a lasting peaceful end to the Nagorno-Karabakh conflict,” Blinken said adding that he hopes “we can all work together including with Russia to continue to make progress.”

Blinken is attending the OSCE annual meeting of foreign ministers amid tensions between the West and Russia over troop deployments on Ukraine’s borders and a migrant crisis with Belarus.

“Just as there is a connection between freedom and stability, so is there a connection between domestic repression and cross-border aggression. We’ve seen how countries that systematically violate human rights at home sow instability in other countries, and how rulers who abuse their power and ignore the rights of their people give license to leaders in other places to do the same,” he said.

For Blinken, Russia “unfortunately continues” to violate the Helsinki Principles and repeatedly obstructs the work of this organization. It’s responsible for the perils confronted every day by the OSCE Special Monitoring Mission in Ukraine. The seizure by force of Crimea has brought relentless abuses against Crimean Tatars, ethnic Ukrainians, and others who peacefully oppose this occupation.

“Additionally, we’ve seen a flouting of conventional arms control commitments in Europe. Russia maintains forces in Georgia and de facto authorities in Abkhazia and South Ossetia. Russian troops remain entrenched in Moldova without Moldova’s consent. And at home, Russia has cracked down on civil society organizations, the latest being key branches of a very respected human rights group, Memorial, as well as independent media.” he added.

Looking ahead, he said, “We must work together” to strengthen the OSCE because its work is vital and has to be advanced. “That means, among other things, modernizing the Vienna Document to help deepen trust, de-escalate tension, and rebuild military transparency among our countries. And we have to ensure that the OSCE’s premier human rights review, the Human Dimension Implementation Meeting, is held in 2022 with robust civil society participation.”

Blinken also spoke about the upcoming Summit for Democracy which will bring governments and civil society from around the world together to respond to democratic backsliding and to “build a stronger foundation for renewal and reform”, as he put it. “We believe in the power of democracies to make each other stronger and in the potential for countries that are not yet democracies to grow in that direction for the good of their people.”