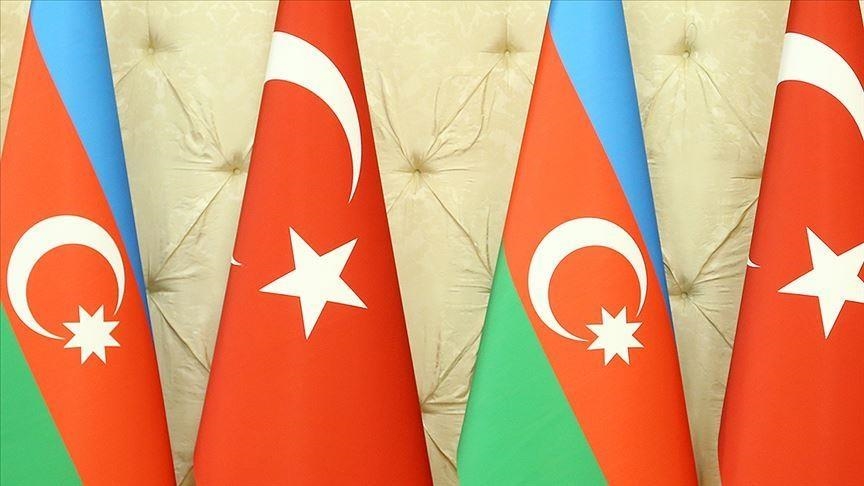 The US should support Turkish-Azerbaijani strategic partnership

The US has been absent from the South Caucasus for the last decade, under presidents Barack Obama and Donald Trump. But the election of US President Joe Biden opens up an opportunity for the US to support the Turkish-Azerbaijan strategic partnership in what would only be a win-win relationship.

There are seven factors why a Turkish-Azerbaijani strategic partnership is good for US interests.

Firstly, Turkey is an important member of NATO and possesses its second-largest armed forces, which, at 437,000, is larger than that of the combined forces of France and the UK (364,000). Incirlik Air Base has been important to US deployments in Syria, Iraq and Afghanistan and important as a transit stop to and returning from other locations.

Secondly, Turkey is the only regional player with boots on the ground, an alliance with Azerbaijan and presidential willpower to play a geopolitical role in the South Caucasus. Turkey may establish military bases in Azerbaijan.

There are expectations President Biden will revive US participation in the Minsk Group. This makes Turkey’s presence in the South Caucasus all the more important as it is the only player, which is in a position to counter Russia.

Thirdly, Turkey’s presence in the South Caucasus and its support for Azerbaijan are a counterweight to Iran, Russia’s main ally in the region. Turkish leadership of the Sunni world is a useful geopolitical ally and alternative to Saudi Arabia, with which Washington may have more tepid relations than did President Trump.

Fourthly, Turkey and Azerbaijan have geopolitical cooperation with Israel, a key US ally in the greater Middle East. Israeli and Turkish drones both played important roles in Azerbaijan’s defeat of Armenia in last year’s 44-day war.

Fifthly, Turkey is the only regional player with the means, abilities and willpower to take on Iranian proxies, which are active throughout the region. Turkey has backed the UN-negotiated and supported the Government of National Accord (GNA) in Libya, while France and Russia have supported Field Marshal Khalifa Belqasim Haftar and his Tobruk-based Libyan National Army (LNA). Turkish military halted Haftar’s advance on Tripoli.

Sixthly, Turkey’s strategic partnership with Azerbaijan has positive repercussions for the US and NATO. Azerbaijan has maintained its independence in the face of Russian military and diplomatic pressures, hybrid warfare, and disinformation campaigns.

Turkey and the US should provide strong backing to the GUAM regional group founded in 1997, which brings together Georgia, Ukraine, Azerbaijan, and Moldova. All four countries have long rejected Russian-led integration projects in Eurasia and have been strong supporters of cooperation with Trans-Atlantic and European structures.

Azerbaijan  has developed close relations with NATO and participated in many of its NATO-led peacekeeping operations. Turkey could be Azerbaijan’s bridge to a deeper strategic partnership with NATO.

In contrast, Armenia has been pro-Russian and anti-Western since the disintegration of the USSR in 1991. Armenia joined the Russian-led Collective Security Treaty Organization in 1993 and Eurasian Economic Union (EEU) in 2014.

For the seventh and lastly, in the aftermath of the 44-day war, Turkish and Azerbaijani influence has spread eastwards into Central Asia. Azerbaijan and Turkmenistan have reached an agreement on jointly exploiting gas deposits in the Caspian ‘Distluk’ (Friendship in Turkic) field. Azerbaijan and Kazakhstan are negotiating to boost trade capacity from the Kazakh port of Aktau to Turkey and Europe.

In both cases, Azerbaijan and Turkey provide Central Asian countries with energy exports and trade to bypass Iran and Russia. The Turkish-Azerbaijan economic and energy corridor brings major economic benefits to both countries and increases energy supplies to Europe, thereby reducing its dependency on Russia. This, in turn, supports US sanctions against the Nord Stream II pipeline and both reduce Russian influence in Europe.

The Turkish-Azerbaijan strategic partnership will bring tangible benefits to the US by increasing the West’s influence in the south Caucasus and greater Middle East. A new US president supporting the Turkish-Azerbaijan strategic partnership would provide innumerable geopolitical benefits [21] for NATO, GUAM, Georgia, and Ukraine.

The writer is a professor in the Department of Political Science, National University of Kyiv Mohyla Academy and Non-Resident Fellow, Foreign Policy Institute, Johns Hopkins University. His latest book is “Crisis in Russian Studies? Nationalism (Imperialism), Racism and War”

This article originally appeared in Anadolu Agency on 10 March 2021.