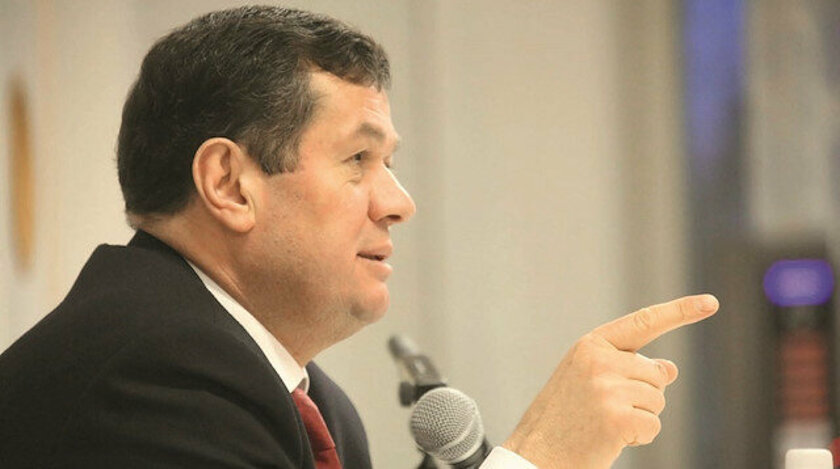 They Run Because They Know the Facts: Ottoman Archives Are the Most Reliable

Senior Advisor to the President, Prof. Seyit Sertçelik said that the Armenians avoid the establishment of a joint history commission to investigate the “so-called genocide” allegations.
According to Azerbaijan in Focus, reporting Yeni Şafak, Sertçelik said, “The Ottoman Empire is one of the states with the largest reliable archive records in the world. No objective foreign researcher can speak negatively about the reliability of the documents.”

Presidency Senior Advisor Prof. Dr Seyit Sertçelik evaluated the discussions escalated with the use of the so-called “genocide” expression by US President Joe Biden on April 24. Sertçelik said: It is understood that without any new historical documents and findings, the President of the United States acted solely for political motives and to please the opponents of Turkey. It is no secret that many politicians and statesmen in the USA and Europe use the Armenians and the Armenian issue against Turkey for their own political interests. They use this issue to keep our country under pressure. It is obvious that these biased and unfair political approaches in the context of historical events seriously damage Turkish-American and Turkish-Armenian relations.

THEY AVOID THE JOINT COMMISSION

Armenians, ignoring the archive documents of different countries regarding the 1915 incident, make the accusation of “genocide”, mostly based on their own distorted memoirs and verbal expressions, sometimes with fake and fabricated documents. The Armenians persistently ignore our proposal, which our President has repeatedly expressed, to open the archives to investigate the issue and to establish a joint history commission. They avoid it because they know better that there has been no “genocide” against them.

5 ARMENIANS WORKED IN THE ARCHIVE

Until today, 5 Armenian citizen researchers, 53 different foreign researchers and 720 local researchers have worked on the Armenian issue in the State Archives. There is no such thing as an objection to our archives and archive records. At most, there may be efforts to distort documents, as Armenian historians often do. Ottoman Empire is one of the states with the largest reliable archive records in the world. In addition, no objective foreign researcher working in our archives can say anything negative about the reliability of the archive documents. I personally know that there are many files even in Russian archives that refer to Ottoman archive documents.

The Armenians have a plan, referred to as 4T “propaganda (in Turkish, tanıtma) of genocide allegations, recognition (in Turkish, tanınma), compensation (in Turkish, tazminat) and land (in Turkish, toprak)” that they have been working on systematically for almost a hundred years. Unfortunately, Armenians, who have already passed the first stage, issued “genocide” resolutions from the parliaments of 30 countries. Likewise, they were able to get this decision accepted in 49 states in the USA. In fact, they set themselves as a target to receive compensation in 2015, on the 100th anniversary of 1915. However, thanks to the strong leadership of our President, we prevented the realization of Armenians’ plan. The ultimate goal of the Armenians is to establish an Armenian state in the Anatolian lands, which they see as the “historical homeland”, and to unite with Armenia and attain great Armenia.

DEPORTATION CANNOT BE CORRELATED WITH GENOCIDE

Referring to the events in 1915, Sertçelik said, “Historians of the period, once again, refute the false Armenian claims that are incompatible with the historical facts.” As the Armenian publisher Arşak Çobanyan stated in 1916, “Exaggeration is inevitable in all similar crises … However, it is not true that Armenians were destroyed in Turkey.’ Considering the extraordinary conditions of the colonial war period, it becomes clear that the Ottoman Empire’s decision to deport was inevitable. This issue is a state act that has legitimacy and legality in terms of national and international law.”