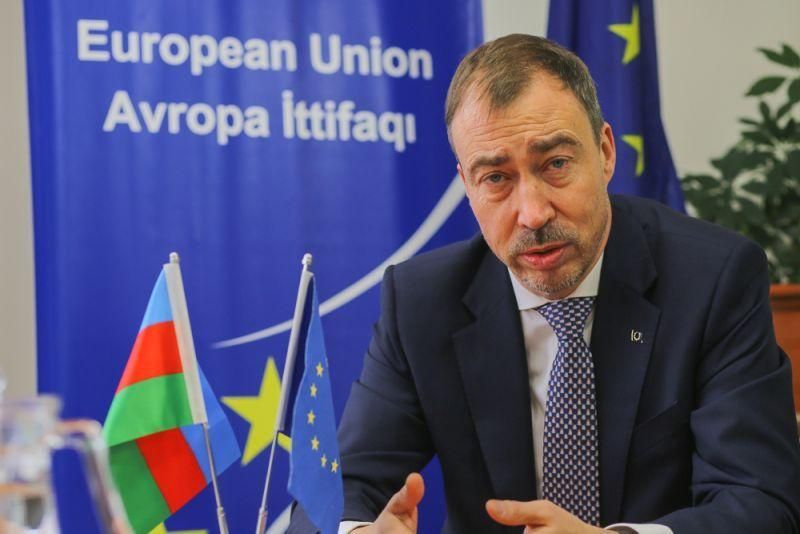 “The parties stressed the need for a comprehensive settlement of the Nagorno-Karabakh conflict under the auspices of the OSCE Minsk Group co-chairs. The Foreign Minister stressed that maintaining the ceasefire regime, the immediate and unconditional return of prisoners of war, civilian hostages still in Azerbaijan, as well as the rejection of anti-Armenian sentiments and militant rhetoric are important to ensure regional stability and security,” the Armenian Foreign Ministry said. Mirzoyan also condemned “the illegal presence of the Azerbaijani Armed Forces on the sovereign territory of the Republic of Armenia and the holding of military exercises in the zone of the Nagorno-Karabakh conflict.”

Today Klaar was received by Prime Minister Nikol Pashinyan, who praised the support from the European Union in the form of a financial package of 2.6 billion euros. Toivo Klaar reaffirmed the EU’s political commitment to continue supporting Armenia in priority areas.

The parties “exchanged views on the settlement of the Nagorno-Karabakh conflict and the opening of transport communications,” “stressed the importance of resuming negotiations within the framework of the OSCE Minsk Group co-chairmanship,” the Armenian government said in a statement.

The EU Special Representative for the South Caucasus and for the crisis in Georgia Toivo Klaar arrived in Yerevan on September 13.

Klaar does not report on the topic of the meetings and negotiations, but there is no doubt that the discussion will focus on the ways of the settlement of the Armenian-Azerbaijani relations and the implementation of the previously reached agreements.