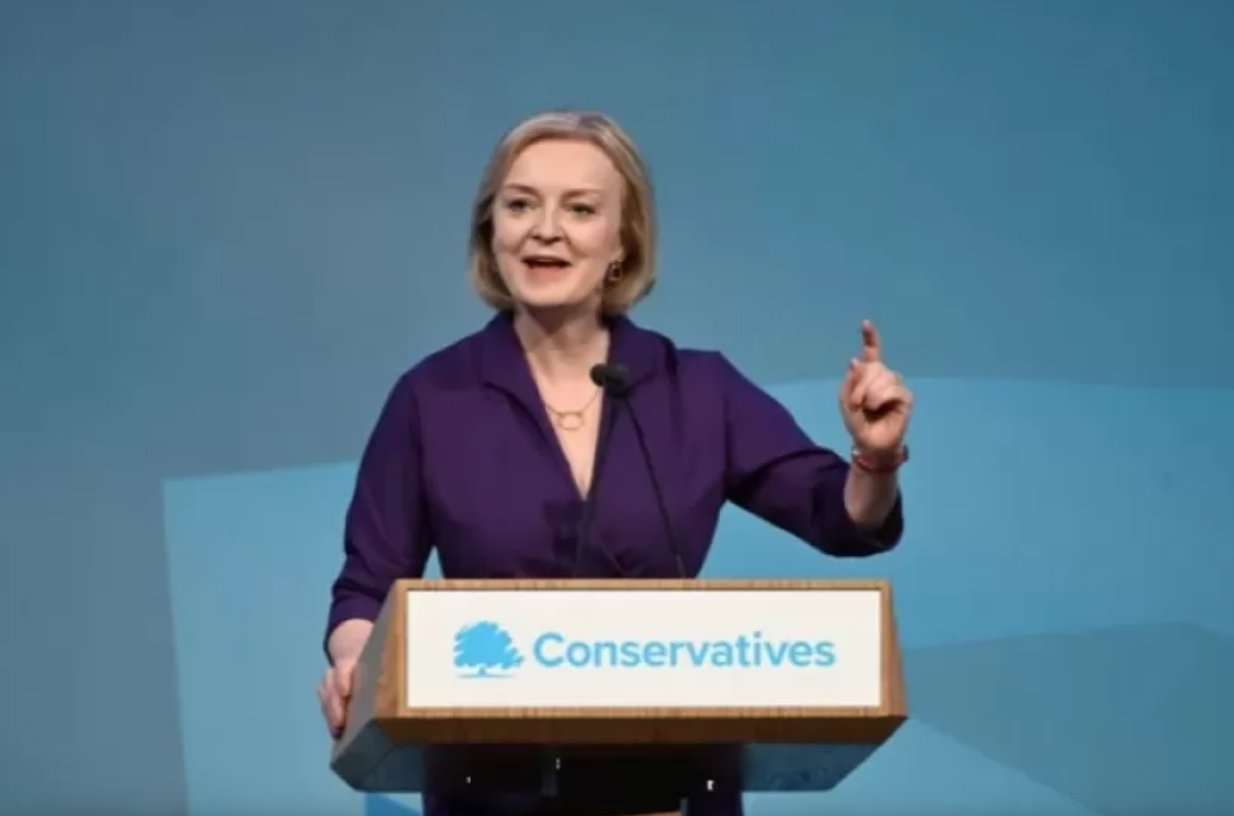 Liz Truss will become the next Prime Minister after beating Rishi Sunak in the Tory leadership contestç according to Azerbaijan in Focus, reporting Turan News.

Ms. Truss, 47, triumphed over the former Chancellor following a grueling two-month campaign. The Foreign Secretary won the backing of 81,326 Tory members, compared with 60,399 for Mr. Sunak.

In a speech after the announcement, Ms. Truss promised a “bold plan” to cut taxes and grow the economy and “deliver on the energy crisis, dealing with people’s energy bills but also dealing with the long-term issues we have on energy supply”.

She is expected to finalize her choices for the Cabinet and other ministerial roles before being formally appointed by the Queen at Balmoral on Tuesday.

Her victory comes as the UK faces an economic crisis this winter, with household energy bills set to rise to £3,549 from October and inflation poised to exceed 18 per cent next year, according to Citigroup.

Ms. Truss is strongly considering freezing energy bills to ease the burden on households this winter, according to reports.

However, she has remained tight-lipped about what kind of support package she might introduce.

The Times reports the package could be on the scale of the furlough scheme introduced by Mr. Sunak when the Covidpandemic struck, while The Telegraph suggests the specifics of such a policy are still being debated.

Scottish First Minister Nicola Sturgeon said she “will seek to build a good working relationship” with Liz Truss despite the leaders having “deep” political differences. 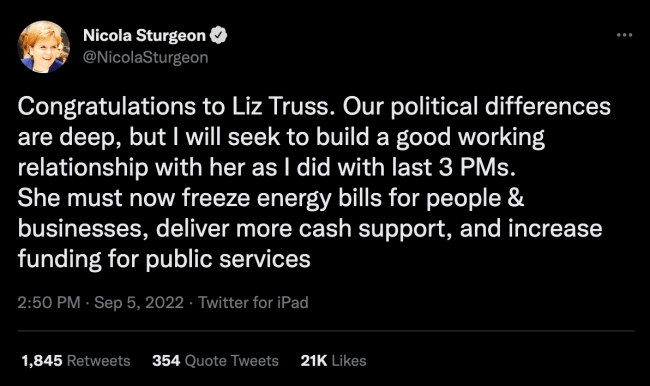