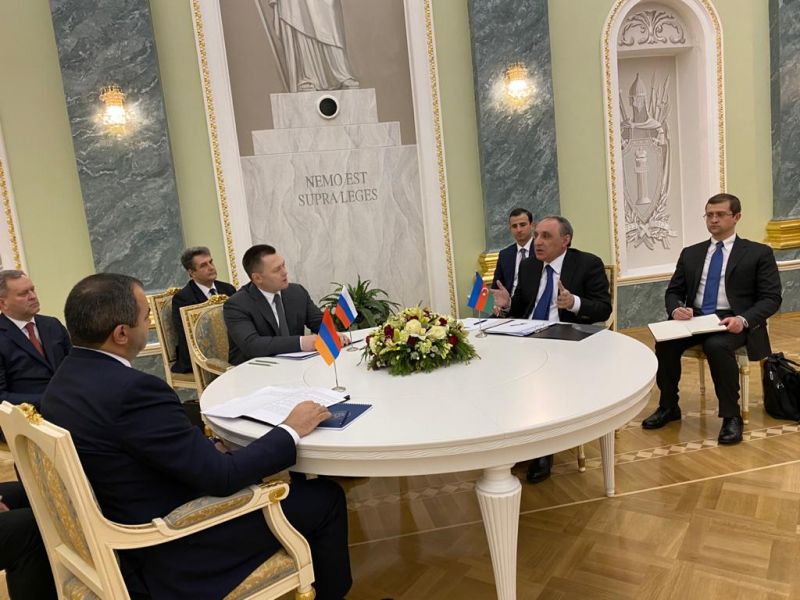 Trilateral Meeting of Prosecutors General of Russia, Azerbaijan and Armenia

Kamran Aliyev, Igor Krasnov and Artur Davtyan met within the framework of the event dedicated to the 299th anniversary of the creation of the Russian Prosecutor’s Office.

According to the press service of the Prosecutor General’s Office of Azerbaijan, at the meeting, among the discussed topics was the implementation of items of the trilateral statements of the leaders of Russia, Azerbaijan and Armenia, adopted on November 10, 2020 and January 11, 2021. The mechanisms of legal cooperation were also discussed.

In turn, the General Prosecutor’s Office of Armenia said that the purpose of the meeting was to establish further contacts in the field of international law.

Artur Davtyan raised the issue of the return of Armenian prisoners of war and guarantees of their rights.

During the meeting, agreements were reached to continue the discussion of the above, as well as other legal issues.