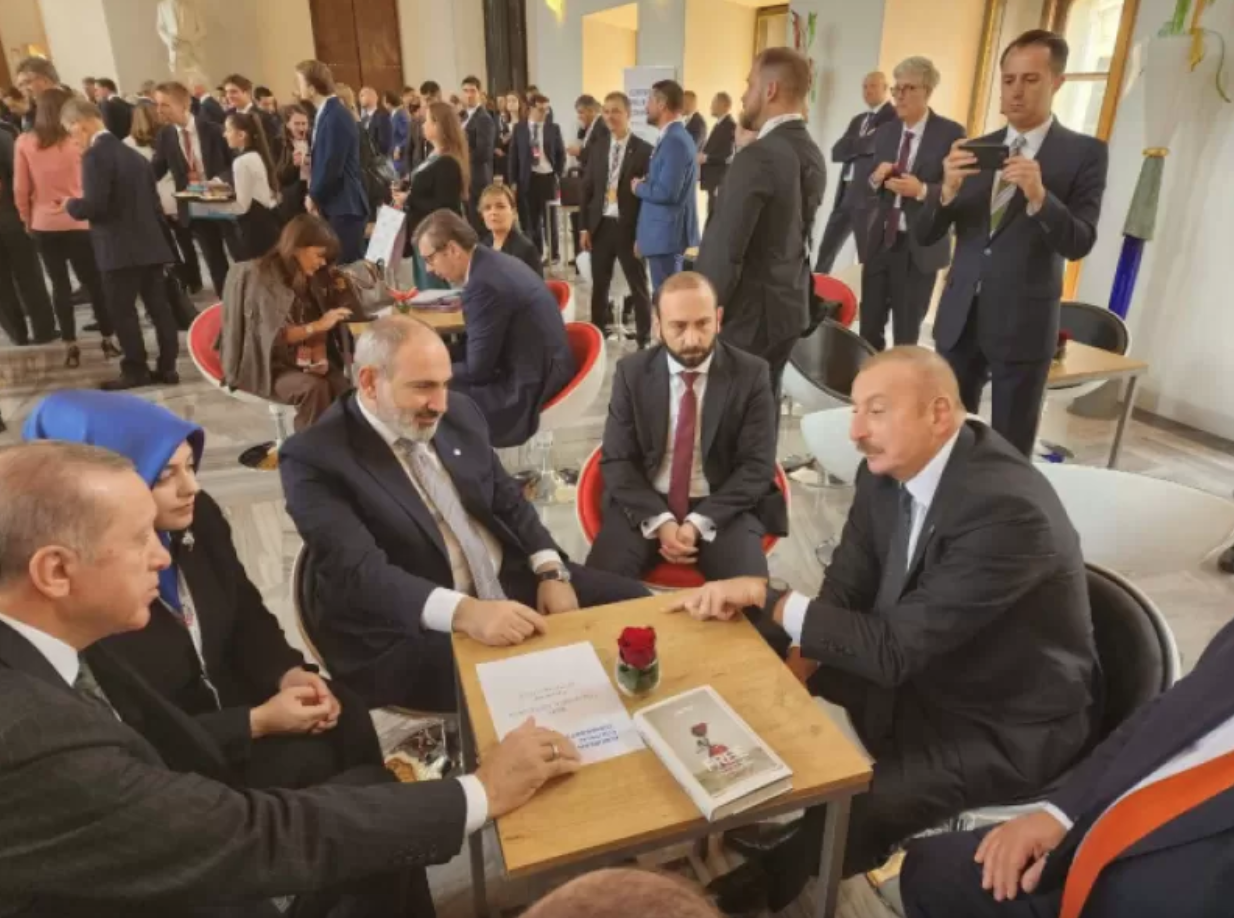 Trilateral meeting of R.T. Erdogan, I. Aliyev and N. Pashinyan in Prague

A meeting with the participation of the leaders of Turkey, Azerbaijan and Armenia was held as part of the European Council meeting in Prague, according to Azerbaijan in Focus, reporting Turan News.

According to Western sources, a dialogue took place between Erdogan and Pashinyan on bilateral relations. Then Ilham Aliyev joined the conversation and touched upon the issues of regulating relations between Baku and Yerevan. The conversation was also attended by the foreign ministers of the three countries. None of the parties has yet made official announcements about this meeting.

This conversation was preceded by a short conversation with the participation of the French President and Hungarian Prime Minister Orban, which is evidenced by the video on social networks.