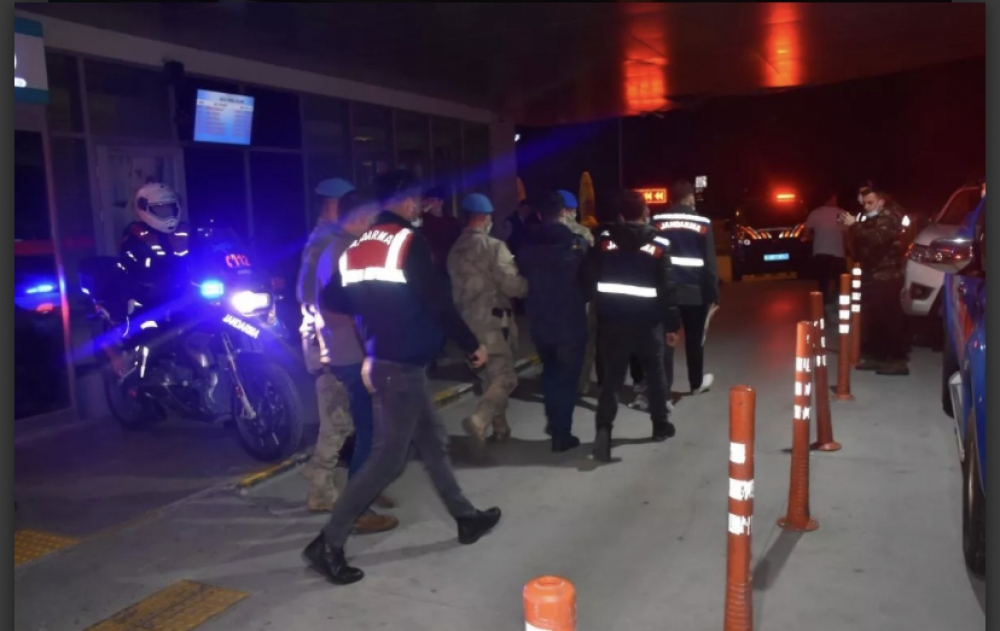 Turkish security forces arrested 203 soldiers on Tuesday in nationwide operations over alleged links to the Fetullah Terrorist Organization (FETO), the group behind the 2016 defeated coup, according to Azerbaijan in Focus, reporting AzerTac, with reference to Anadolu Agency.

Operations were held across 53 provinces in the country and the Turkish Republic of Northern Cyprus (TRNC).

The Chief Public Prosecutor’s Office in Izmir issued arrest warrants for 150 suspects, of which 123 are on-duty soldiers.

Colonel, as well as lieutenants, majors, captains, sergeants and specialist sergeants were among those sought in the operations against the infiltration of FETO in the Turkish Armed Forces, according to the prosecutor’s office.

The suspects are accused of communicating with FETO’s “covert imams” — senior FETO operatives — via pay phone.

Some 39 of the suspects belonged to the land forces, while 97 were from air force, six from the navy, four from the gendarmerie, and 38 were graduates of military schools that were disbanded after the coup attempt.

In a separate operation in the capital Ankara against FETO, warrants were issued for 19 suspects.

According to the Chief Public Prosecutor’s Office, the suspects are accused of communicating with covert imams via pay phones.

Those being sought with the warrants include 11 sergeants, three retired soldiers, two dismissed non-commissioned officers, one discharged military student and two covert imams.

FETO and its leader Fetullah Gulen orchestrated the defeated coup of July 15, 2016, which left 251 people martyred and 2,734 injured.

Ankara also accuses FETO of being behind a long-running campaign to overthrow the state through the infiltration of Turkish institutions, particularly the military, police, and judiciary.