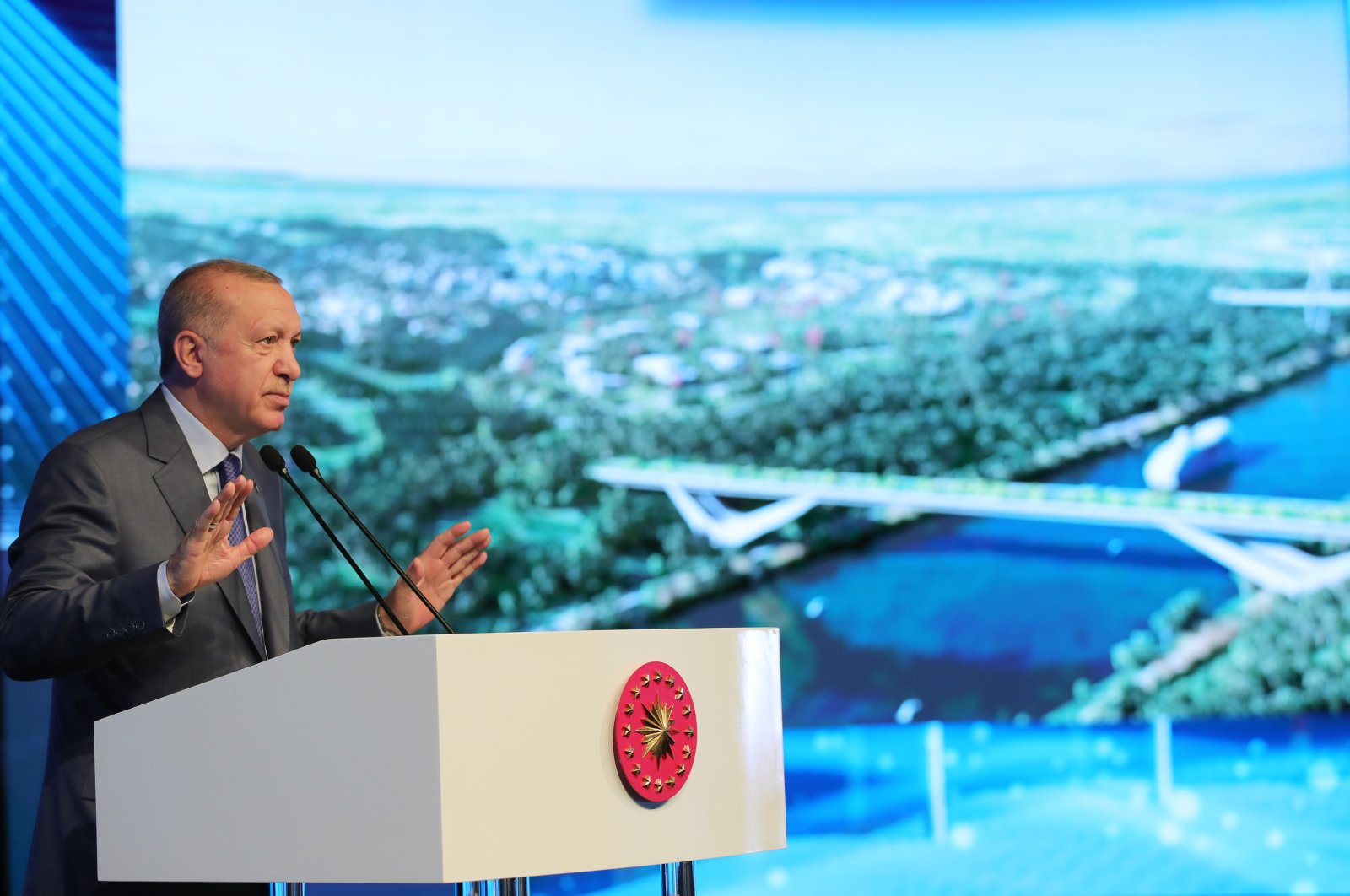 Speaking at the groundbreaking ceremony, Erdoğan said that the government is opening a new page in the history of the Turkish republic.

“We regard Kanal Istanbul as a project to save the future of Istanbul,” the president said. He noted that on average 45,000 ships pass through the Bosporus yearly, while the number was about 3,000 in 1931.

“Projections show that this number will reach 78,000 in 2050 … The passage of each large ship poses a danger to the city. In the Bosporus, there is heavy traffic of ships of all classes and capacities, both in North-South and East-West directions,” he said. 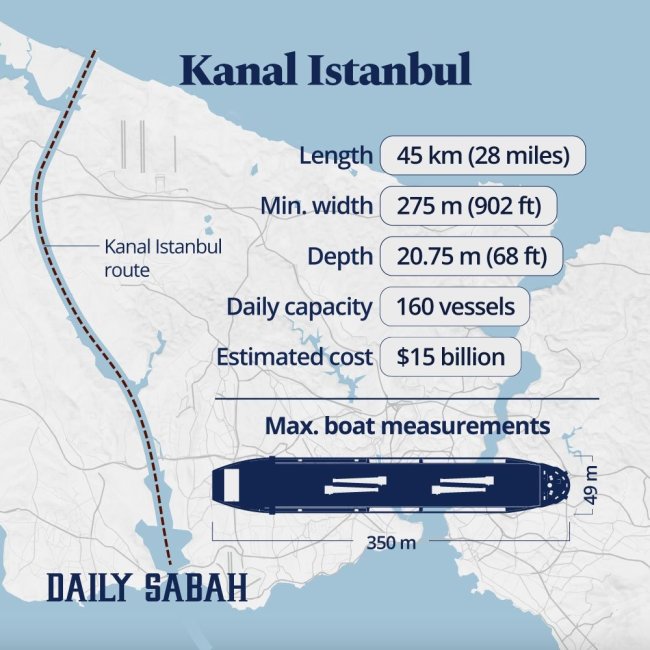 An infographic showing Kanal Istanbul route and basic information about the project.

On Thursday, Transport and Infrastructure Minister Adil Karaismailoğlu said that Turkey’s role in global maritime transportation will be strengthened with the Kanal Istanbul project.

“There are navigational difficulties in the Bosporus due to sharp bends, strong currents and urban maritime traffic that ferries 500,000 passengers daily. Last week, two fishermen lost their lives when a cargo ship collided with their fishing boat in the Bosporus. Preventing such accidents and protecting Istanbul from all disasters show why the Kanal Istanbul project is needed,” he said.

Championed by President Erdoğan and revealed in 2011, Kanal Istanbul is one of Turkey’s most strategic megaprojects, meant to stem the rising risk posed by ships carrying dangerous goods via the Bosporus, especially oil tankers.

The 45-kilometer (27.96-mile) long canal, which will be built through Istanbul’s Küçükçekmece-Sazlıdere-Durusu corridor, will connect the Black Sea north of Istanbul to the Marmara Sea in the south. It will boast a capacity of 160 vessels a day and is expected to create significant economic value by reducing transit periods and costs while at the same time providing a return through the collection of passage fees.

However, critics point to the project’s possible environmental effects on the Marmara Sea and the city itself through effects on water resources and a possible construction boom alongside the canal’s route. In addition, the project’s massive cost is also a point of contention with critics who argue that such funds could be diverted to various other issues of priority, including an urgent urban renewal drive pending ahead of a major earthquake expected to hit the city.

This article originally appeared in DAILY SABAH on 26 June 2021.