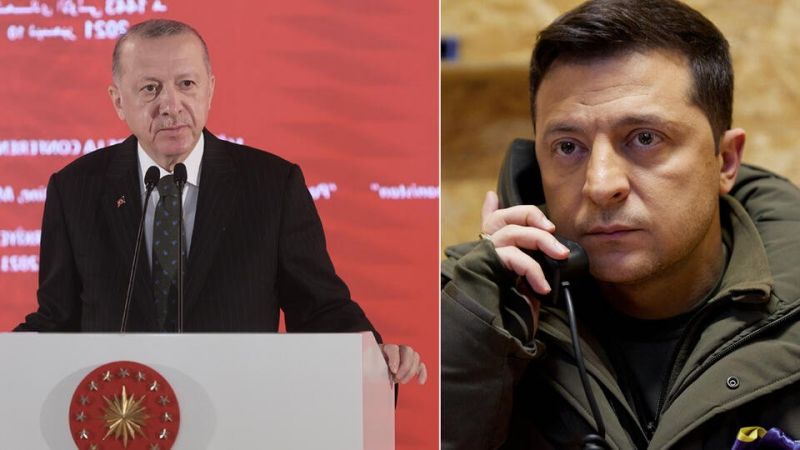 Turkey announced Zelensky’s readiness to meet with Putin in Istanbul

President of Ukraine Vladimir Zelensky, during a telephone conversation with Turkish President Recep Tayyip Erdogan, expressed readiness to meet with Russian President Vladimir Putin in Istanbul or Ankara. This was stated by the representative of the Turkish president Ibrahim Kalyn, according to Azerbaijan in Focus, reporting Turan News, citing RIA Novosti reports.

According to him, Erdogan has already conveyed Zelensky’s intentions to Putin. “We will continue our work in this direction. Holding such a meeting will certainly have a positive impact on the situation. Turkey is ready to contribute,” Kalyn said.

The presidential representative also noted that the Turkish leader will announce Ankara’s proposals to resolve the Ukrainian crisis during the talks expected on Sunday with his Russian counterpart.

“Turkey is currently one of the few countries that can talk to both Russia and Ukraine at the same time. I repeat the words of our president, we cannot abandon Russia or Ukraine. Therefore, we focus on what steps we can take to bring the parties to the negotiating table, but especially to convince the Russian side here,” Kalyn said.

Kalyn revealed the date of possible talks between Vladimir Putin and Recep Tayyip Erdogan. According to him, telephone conversations of politicians are scheduled for March 6. The representative of the president stated the need to immediately stop the military operation and called on the parties to the conflict in Ukraine to sit down at the negotiating table.