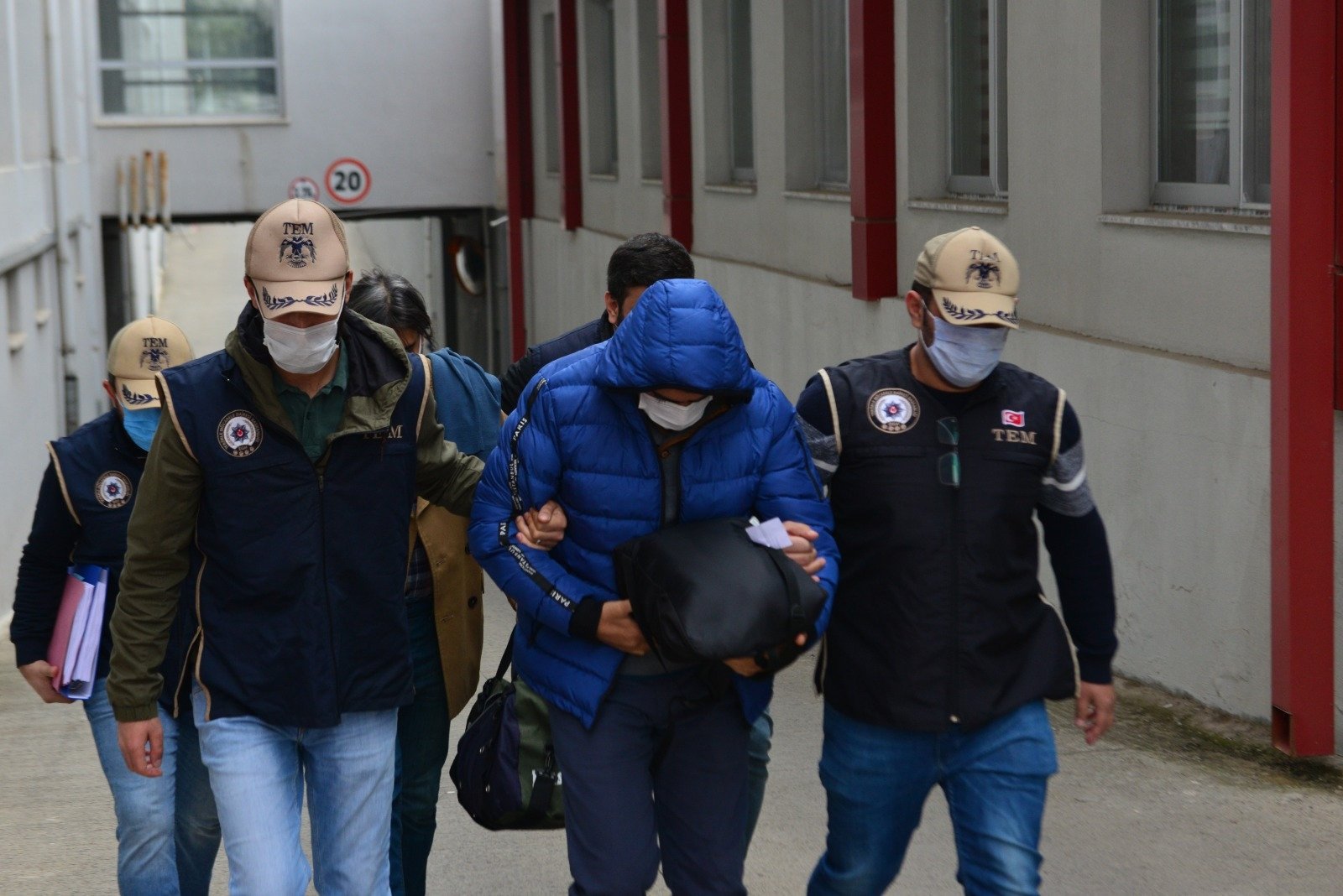 In the capital Ankara, the Chief Prosecutor’s Office sought the detention of 17 soldiers, including seven active-duty officers, in an investigation into a secret network of FETÖ infiltrators in the Turkish Air Forces. Twelve among them were arrested, while a manhunt is underway to capture the others.

The suspects were in contact with civilian handlers, according to prosecutors. Their links were discovered when they used payphones in public places to communicate to avoid detection. The same method was discovered in dozens of investigations into the terrorist group’s tactics of secrecy. Handlers and the infiltrators they manage use them to arrange secret meetings, according to investigators.

Nine suspects were captured in another operation against military infiltrators after prosecutors in the northwestern province of Kocaeli issued arrest warrants for them. Security forces were dispatched in Kocaeli, Izmir and Ankara to capture the suspects, which included two military officers and seven former cadets at a military school.

Operations on Friday also cracked down on “civilian” members of FETÖ. Fifteen out of 21 wanted suspects were caught by security in 12 provinces after prosecutors in Ankara issued arrest warrants. All suspects were residents of FETÖ’s “exam study houses” in the capital. The houses serve as unofficial dormitories but were used to host students picked by the terrorist group for infiltration into various places, from the public sector to the military. Along with regular study sessions, it was in those houses that students loyal to the group were supplied stolen questions and answers to exams.

FETÖ is known for turning to exams as a way of infiltration into every public agency and its members have been implicated in a string of trials after civil servant hiring exams in 2010 and 2012 were targeted. The terrorist group is accused of having access to questions and answers beforehand thanks to civil servants loyal to them working in exam bodies.