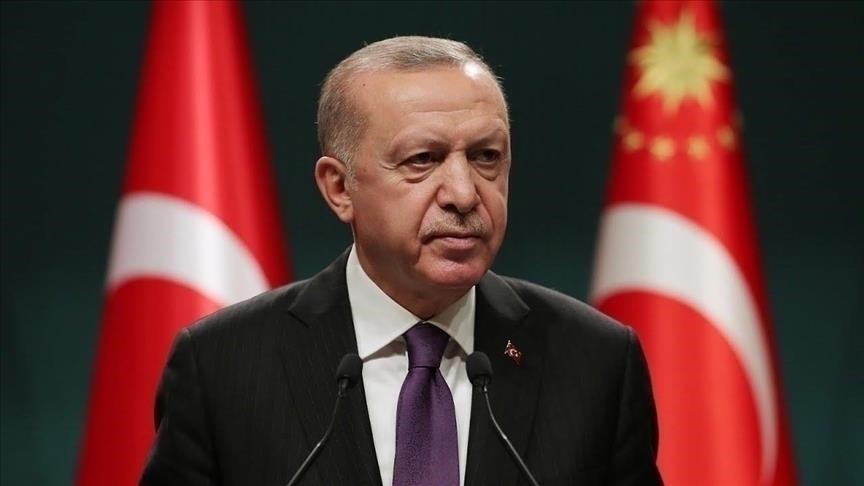 Turkey attaches importance to development of ties with both Russia, Islamic countries: Erdogan

Turkey attaches great importance to the development of economic, commercial, defense, tourism, and investment cooperation with both Russia and Islamic countries on a win-win basis, the Turkish president said on Thursday.

In a message read out at the Conscious Consumption session held at the 12th International Kazan Summit, of which Anadolu Agency is the global communications partner, Recep Tayyip Erdogan said that the export and growth figures for the first quarter showed Turkey’s continued success in 2021.

“We will continue this momentum we have achieved in trade, investment, industry, and logistics by using the windows of opportunity opened by the pandemic in the most effective way,” Erdogan said.

“On the one hand, we are advancing our relations with our neighbors starting from nearby geography, and on the other hand, we strive to increase trade and investment opportunities between Islamic countries. In addition to the steps we have taken within the Organization of Islamic Cooperation Standing Committee for Economic and Commercial Cooperation, we have recently accelerated our activities for halal food standards and certification,” he said.

Noting that the economic data during the pandemic revealed that despite the negative economic climate and the failure in the supply and logistics chains, Erdogan said Turkey closed the year 2020 with a growth rate of 1.8%.

He underlined that Turkey will continue to keep the issue of halal food on the agenda, which he said has serious economic potential, and for which the country has made great efforts for institutionalization and standardization.

The Turkish president expressed hope that the Kazan Summit will make a positive contribution to the country’s efforts in this regard.

This article originally appeared in Anadolu Agency on 29 July 2021.