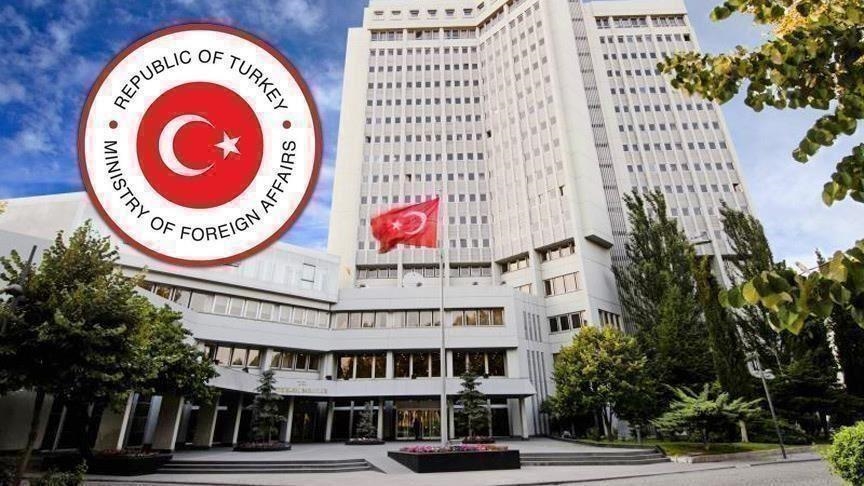 California governor decides not to appeal against ruling

Turkey on Thursday “strongly condemned” a US court’s decision to release on parole an Armenian national who assassinated a Turkish diplomat in Los Angeles in 1982.

The Los Angeles County Superior Court recently ruled in favor of release of Hampig Sassounian. California Governor Gavin Newsom has said he will not appeal against the decision.

“We strongly condemn this approach that deeply hurts the conscience of the Turkish nation,” a Turkish Foreign Ministry statement said.

Despite all the attempts made by the US administration, this “grave decision” was given which is “incompatible with the universal principles of law and the understanding of justice.”

Noting that at least 58 Turkish citizens, including 31 diplomats, were martyred by Armenian terror groups, the ministry said: “At a time when hate crimes are on the rise and international solidarity is needed the most, the release of a brutal murderer with political motives harms the spirit of cooperation in the fight against terrorism.”

“This murder, which the terrorist Sassounian committed in despicable manner and showed no sign of remorse during his 38-year sentence, will never be forgotten as a crime that represents a sick and distorted ideology,” it added.

“On this occasion, we pay tribute to our fallen diplomat Kemal Arikan and all the martyrs who lost their lives in the attacks of Armenian terrorist organizations,” the ministry said.

Arikan, Turkey’s Consul General in Los Angeles, was martyred on Jan. 28, 1982, by Sassounian and his accomplice Krikor Saliba on behalf of an Armenian terror group. Sassounian was arrested and sentenced to life in prison.

Fugitive terrorist Saliba was claimed to be killed in the Lebanese civil war in 1982.

The vast majority of the attacks on Turkish diplomats and citizens were conducted by ASALA and JCAG terrorist groups.

The assassinations took place in the US, Austria, France, Italy, Spain, Lebanon, Greece, Switzerland, the Netherlands, Canada, Portugal, Iran, and the UK.