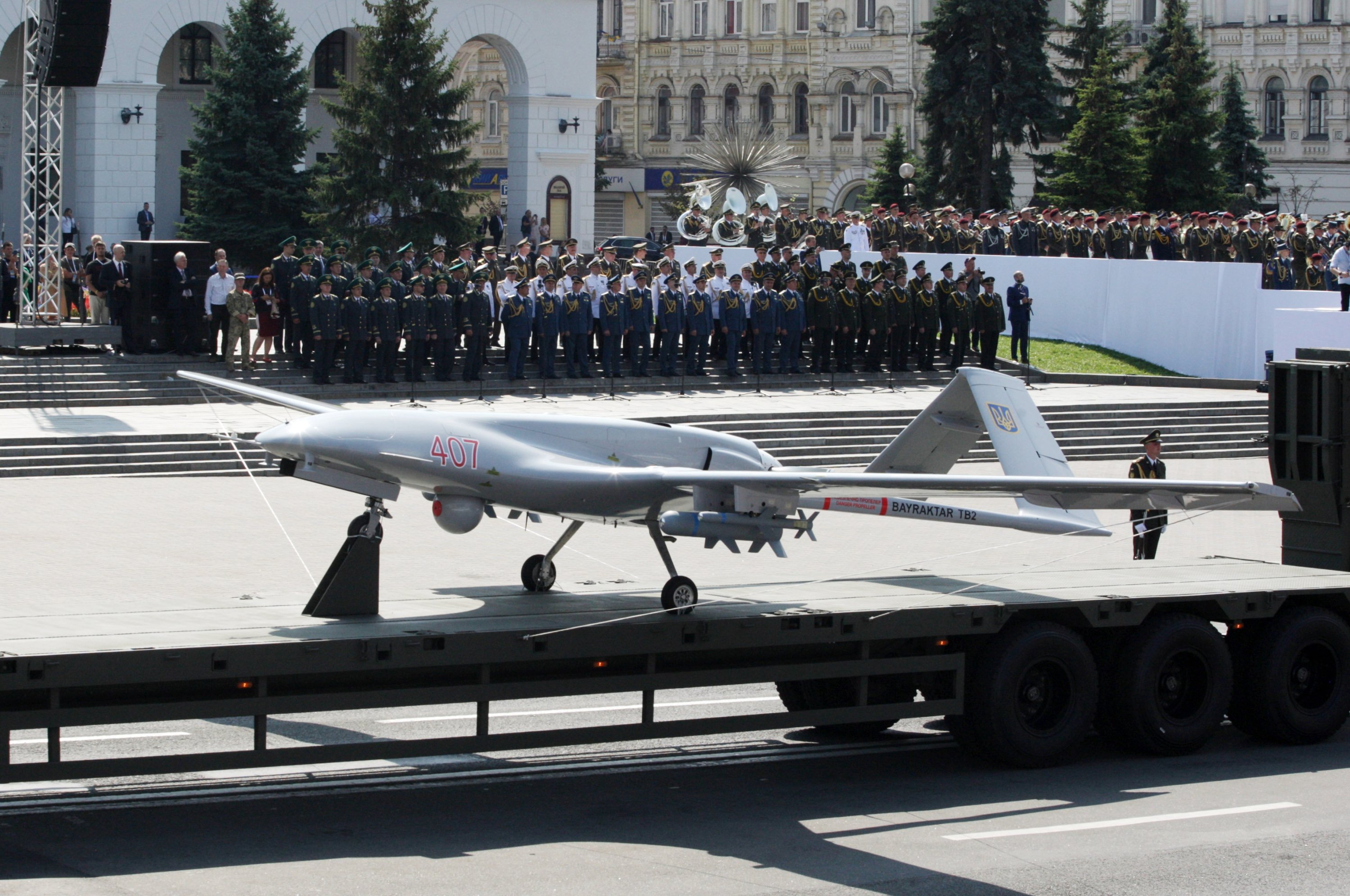 Foreign Minister Mevlüt Çavuşoğlu said late Saturday that unmanned aerial vehicles (UAVs) used by the Ukrainian military may have been manufactured in Turkey, but Ankara cannot be blamed for the manner in which the UAVs are used after they are sold to Ukraine.

Speaking to the press after his meeting with his Russian counterpart Sergey Lavrov on the sidelines of the G-20 Summit in Rome, Çavuşoğlu said that these weapons cannot be referred to as Turkish weapons anymore after their agreement of sale.

“It was produced in Turkey, but it belongs to Ukraine,” he said.

Çavuşoğlu added that the Turkish military finds weapons from different countries, including Russia, during its fight against terrorism, but it has never blamed Russia for this.

The Kremlin said Wednesday that its fears about Turkey’s decision to sell strike drones to Ukraine were being realized and that the Turkish drones risked destabilizing the situation in eastern Ukraine.

Kremlin spokesperson Dmitry Peskov was commenting on the deployment by Ukrainian government forces of a Turkish-made Bayraktar TB2 drone to strike a position in eastern Ukraine controlled by Russian-backed separatists.

Ukraine has bought sophisticated Turkish drones to boost its military and has struck a deal with Ankara to produce the same drones at a factory close to Kyiv, the capital.

The General Staff of the Ukrainian Armed Forces said it had deployed the drone to compel pro-Russian separatists into a cease-fire on Tuesday.

This article originally appeared in DAILY SABAH on 30 Oct 2021.