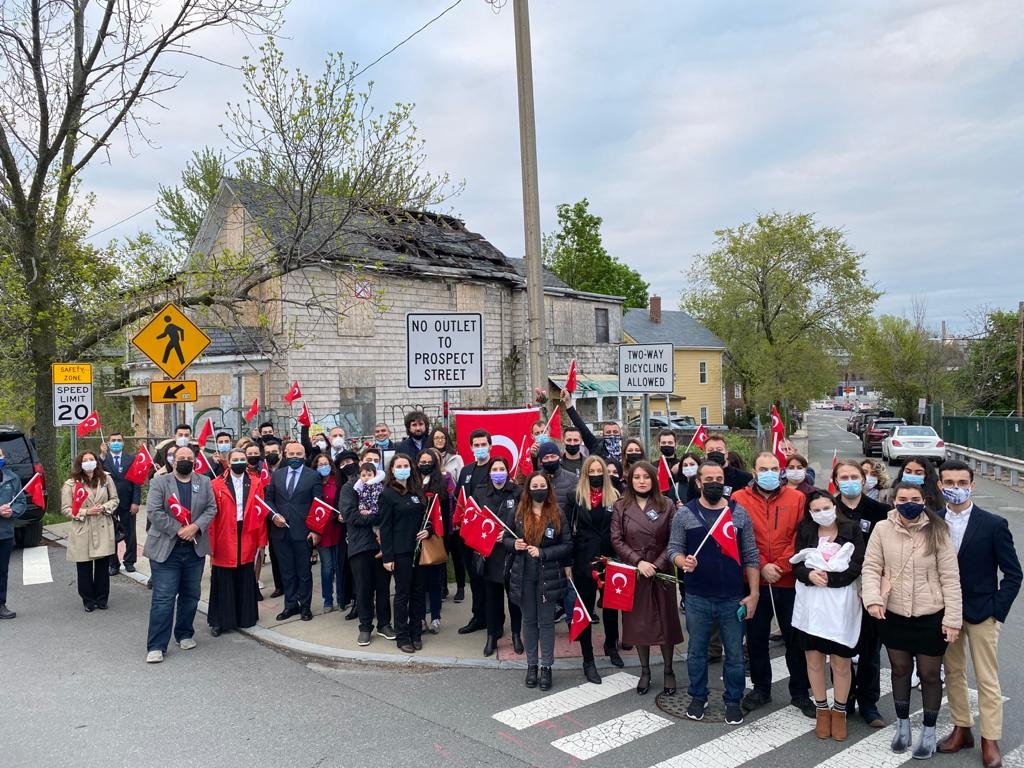 Turkey commemorated the death on Tuesday of the Turkish Honorary Consul to Boston, Orhan Gündüz, who was assassinated in his car in an attack by an Armenian terrorist group almost four decades ago.

Two ceremonies were held in memory of Gündüz, one in front of his home in Somerville in Massachusetts, and the other at the site of his grave in the Muslim section of Forest Hills cemetery in Boston, Anadolu Agency (AA) reported.

Consul-General Ceylan Özen Erişen noted that the attack was made not only on Gündüz, but also on the values that he represented, including peace and harmony among people.

A large crowd, including Azerbaijani citizens, attended the ceremonies.

A total of 31 Turkish diplomats and their family members have been killed around the world by Armenian terrorist groups, namely the Armenian Secret Army for the Liberation of Armenia (ASALA) and the Justice Commandos of the Armenian Genocide (JCAG).

Gündüz was assassinated by the Justice Commandos of the Armenian Genocide (JCAG) on May 4, 1982.

This article originally appeared in DAILY SABAH on 05 May 2021.