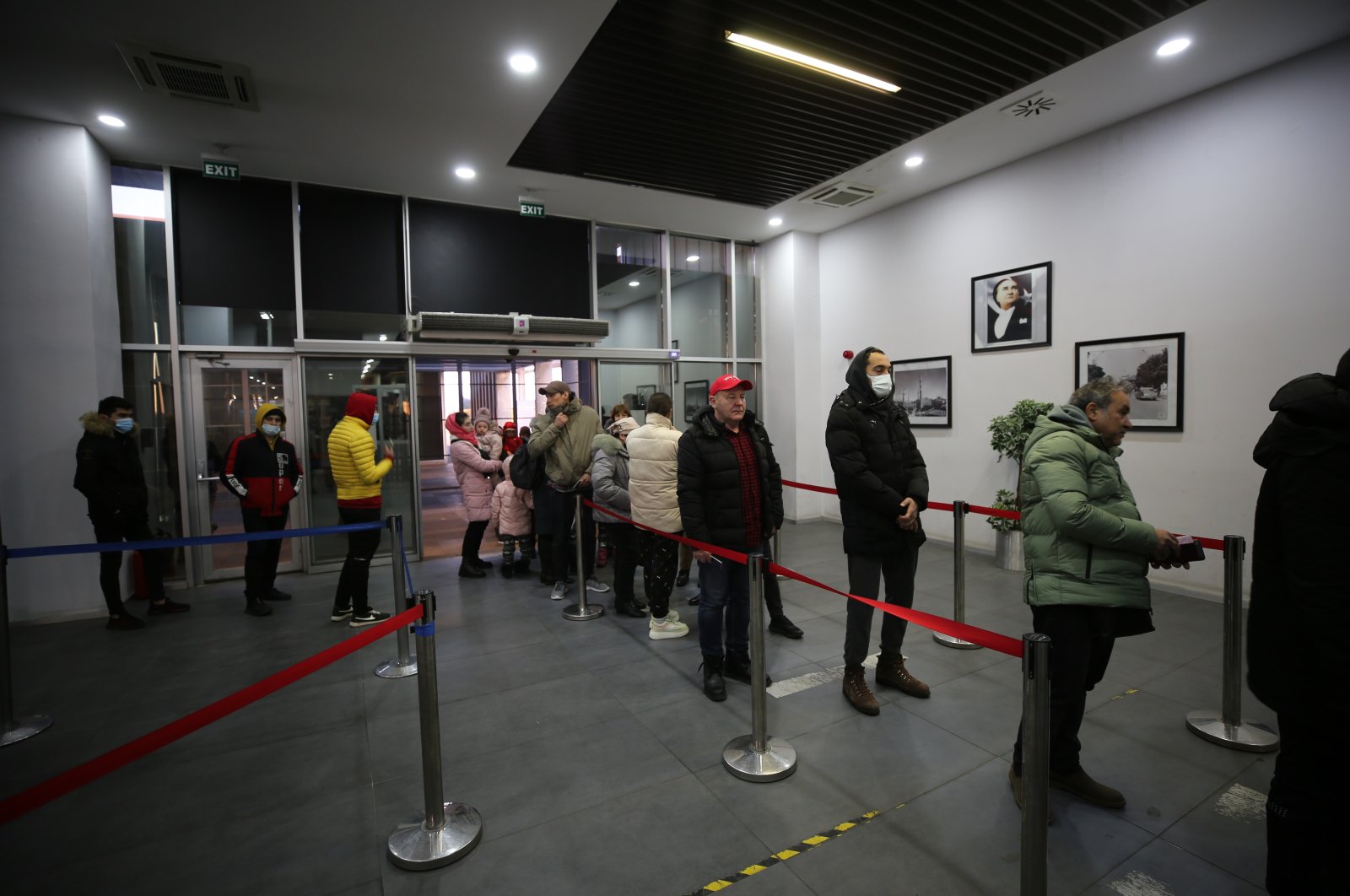 Turkey has evacuated a total of 8,050 people, mostly Turkish citizens, from Ukraine amid war in the country, according to Azerbaijan in Focus, reporting Daily Sabah, citing the Foreign Minister Mevlüt Çavuşoğlu.

The top diplomat said on Twitter that 2,604 people, mostly Turkish citizens, including Azerbaijanis, fled the cities of Kyiv, Kharkiv, Odessa, Zaporizhia, and Lviv on Wednesday as the Russian bombing continues.

“Our plans for the safe evacuation of our citizens continue,” he said, adding that Turkey is providing border-crossing support for 2,200 people.

An evacuation train carrying Turkish citizens has also departed the Ukrainian capital Kyiv for the city of Chernivtsi, about 40 kilometers (25 miles) north of the border with Romania.

Around 1,000 people evacuated by the train will return to Turkey via Romania, according to an announcement by the Turkish Embassy in Kyiv.

Due to the war in the country and the danger of attacks by Russian sabotage groups, the train stopped many times and traveled with its lights off.

The Turkish Ambassador to Ukraine, Yağmur Ahmet Güldere, told reporters at the train station that Ukraine is going through a difficult period but it is taking care to ensure the safety of Turkish citizens.

“During this time, we started the evacuations with buses. Unfortunately, we cannot evacuate by plane due to the fact that the airspace is closed,” Güldere said.

She said they organized train services for evacuation from Kyiv and Kharkiv, Ukraine’s second-largest city, under very difficult security conditions so that they would ensure the exit of citizens in the most difficult situations.

Ramazan, one of the evacuated passengers, told Anadolu Agency (AA) that he came with seven or eight people to Kyiv a few days ago to work in the construction industry.

He said they were trapped for three days at the construction site due to the start of the war and the sound of bombs.

“We stayed at the embassy for three days. Now we are on the train. Thankful to our country.”

Another passenger, Recep, also said he had come to the capital to work.

“I arrived in Kyiv on February 23. We never expected that there would be a war.”

Saying they were awakened by the sounds of bombs and were shocked, Recep noted that they have now returned after staying at the embassy for three days and thanked the Turkish state.

A passenger who did not want to be named said he came to Kyiv as a tourist and got caught up in the war.

He added that he knew how to handle the situation since he had been “caught up in the war” in 2014 as well.

“We were here for two weeks. I was not very surprised due to my previous war experience,” he said.

The passenger said he was using the evacuation train in case the situation got worse.

Russia’s war on Ukraine has been met with outrage from the international community, with the European Union, United Kingdom, and the United States implementing a range of economic sanctions against Russia.

Russia was further isolated after its planes were barred from flying in European and Canadian airspace, and a number of its banks were kicked out of the SWIFT international banking system.