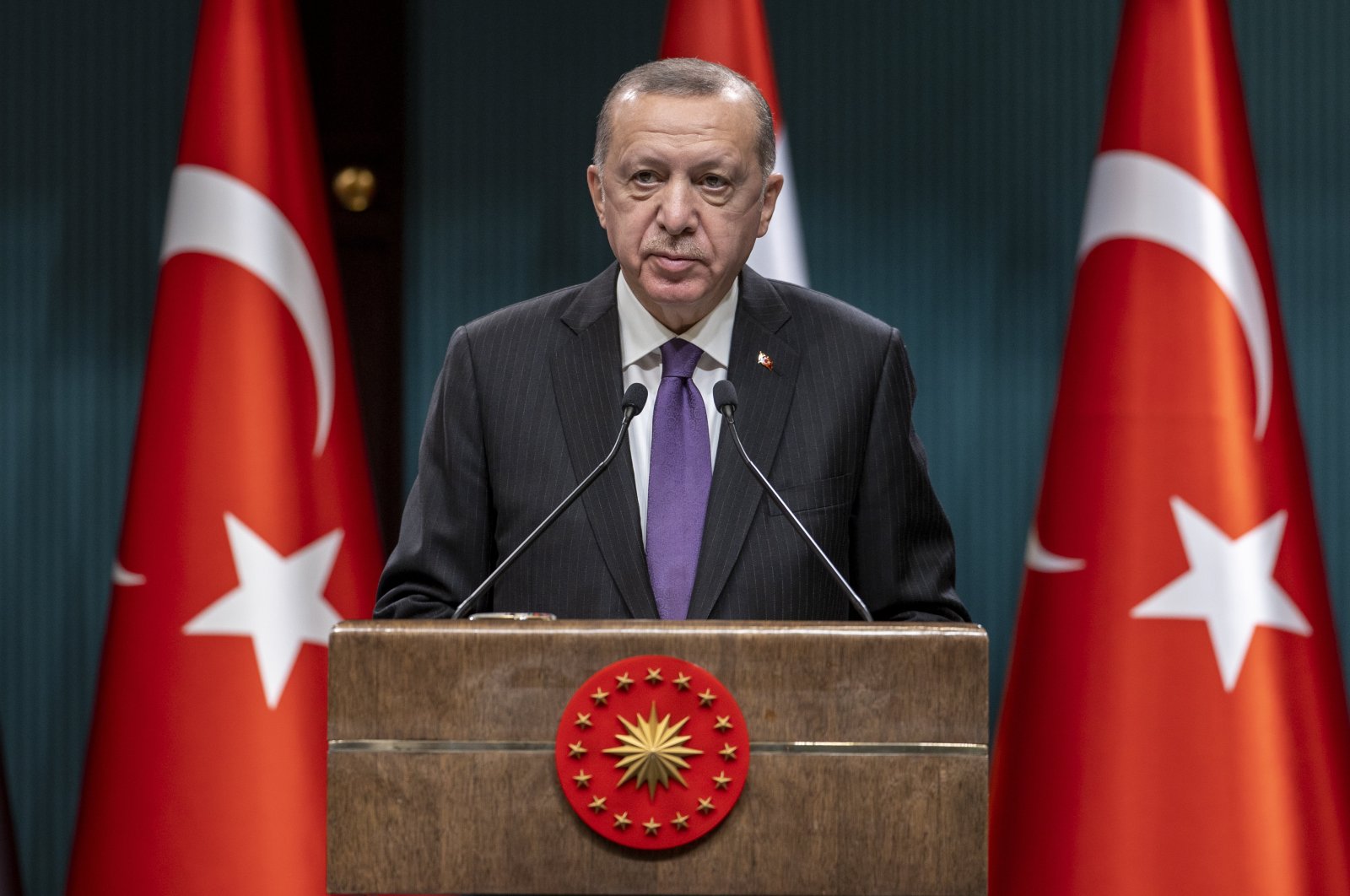 President Recep Tayyip Erdoğan highlighted Turkey’s commitment to EU accession, as he said the country has been taking necessary steps to become a full member.

“Turkey’s efforts in issues like democracy, human rights, rule of law and confidence in the economy and stability aims to enhance the rights, freedoms and prosperity of its own citizens,” Erdoğan told reporters following a cabinet meeting in the capital Ankara, as he noted that Turkey would be more pleased if the country could carry out the process with the European Union.

Erdoğan continued by saying that Turkey’s only request from the bloc is to ensure that the country goes through the same processes and implementations that other member-states went through during their accession process.

Although any European country with a shared respect for the EU’s democratic values is eligible to apply, the criteria that were determined in 1993 in Copenhagen must be met in order to become a full member.

These criteria include democratic, stable institutions, rule of law, a well-functioning market economy and a capacity to implement the necessary requirements for membership. Currently, there are 35 criteria, covering various areas, from transportation and energy to the environment and human rights. Yet, even if all of these conditions are met by the candidate country, there is one more challenge that needs to be fulfilled: The EU itself has to be eligible to accept new members.

Turkey’s negotiations for a full membership started back in 2005 and yet, with a rather slow process, only 16 chapters have been opened and one has been closed so far. Since 2016, the accession negotiations have stalled.

Back in 2017, as no chapter had been opened for two years, the European Commission set up a “Positive Agenda” to speed up the process. In this respect, working groups were established for the opening of eight chapters, including Chapter 23 and Chapter 24, which are on Judiciary and Fundamental Rights and on Justice, Freedom and Security, respectively. In reality, the screening of the chapters was already completed back in 2006 and yet, the EU has failed to communicate with Turkey on determining the benchmark criteria of these chapters, which has left Ankara in limbo on how to comply with them.

Turkey-EU relations are marked by disputes on several issues, including the Eastern Mediterranean tensions, Turkey’s role in Syria, the migrant crisis and the stalemate in Turkey’s accession process to the bloc. During a meeting in Brussels on Dec. 10, EU leaders decided to draw up a list of Turkish targets to sanction. But since then, the rhetoric on all sides has mellowed dramatically as Turkey and the bloc voiced their intent to “turn a new page.” Turkey has recently reiterated that it is part of the bloc and sees its future in the EU, while it will continue efforts toward full EU membership. Turkish officials have also said that they hope for progress in 2021 and expect the bloc to take definitive action to this end. Most recently, the EU in January decided to hold off on potentially sanctioning Turkey thanks to positive developments made during a meeting with the bloc’s foreign ministers.

Regarding the Russia-Ukraine crisis, Erdoğan said Turkey keeps dialogue channels open with Russia at all times.

“I believe that our dialogue channels with Russia, which we keep open no matter what the circumstances are, would yield positive results in avoiding dangerous developments in our region,” he said.

Turkey has called for a de-escalation of tensions between Russia and Ukraine and desires a “peaceful” Black Sea.

“Our main goal is that the Black Sea continues to be a sea of peace, tranquility, and cooperation,” Erdoğan said Sunday.

This article originally appeared in DAILY SABAH on 13 April 2021.