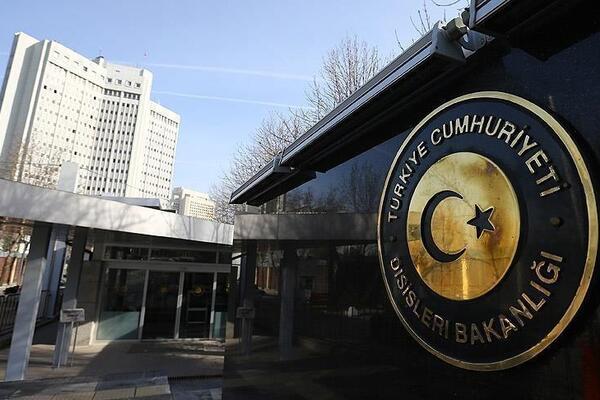 Turkey on Jan. 4 welcomed the end of a nearly three-year feud between Qatar and Saudi Arabia, as the two countries have agreed to reopen their airspace and borders.

“We welcome the agreement made to open land, sea, and air borders between Qatar and Saudi Arabia as of tonight,” said a Turkish Foreign Ministry statement.

“This development is an important step towards resolving the conflict in the Gulf region that has been going on since June 2017,” the ministry added.

Praising Kuwait’s role in the recent agreement, the ministry also hailed “international actors” who helped reach the agreement through their mediation and facilitation efforts.

The ministry also expressed “hope” for a “comprehensive and permanent” resolution of the Gulf rift “on the basis of mutual respect for the sovereignty of the countries and that other sanctions against the people of Qatar will be lifted as soon as possible.”

“Our country, which is a strategic partner of the Gulf Cooperation Council and places great importance on the security and stability of the Gulf region, will continue to support all efforts in this direction,” added the statement.

Late Monday, the Kuwaiti Foreign Ministry announced that Qatar and Saudi Arabia had agreed to reopen their airspace and borders starting tonight.

The development marks a breakthrough in efforts to end a diplomatic crisis that has seen Qatar facing a blockade by Saudi Arabia, the UAE, Bahrain, and Egypt since June 2017.

Accusing Qatar of supporting terrorism and meddling in their internal affairs, the four countries cut ties with Doha and imposed a land, sea, and air blockade on the country.

Qatar, with the support of Turkey, consistently denied the charges and voiced readiness for dialogue to end the impasse.

This article originally appeared in Hurriyet Daily News on 05 Jan 2021.