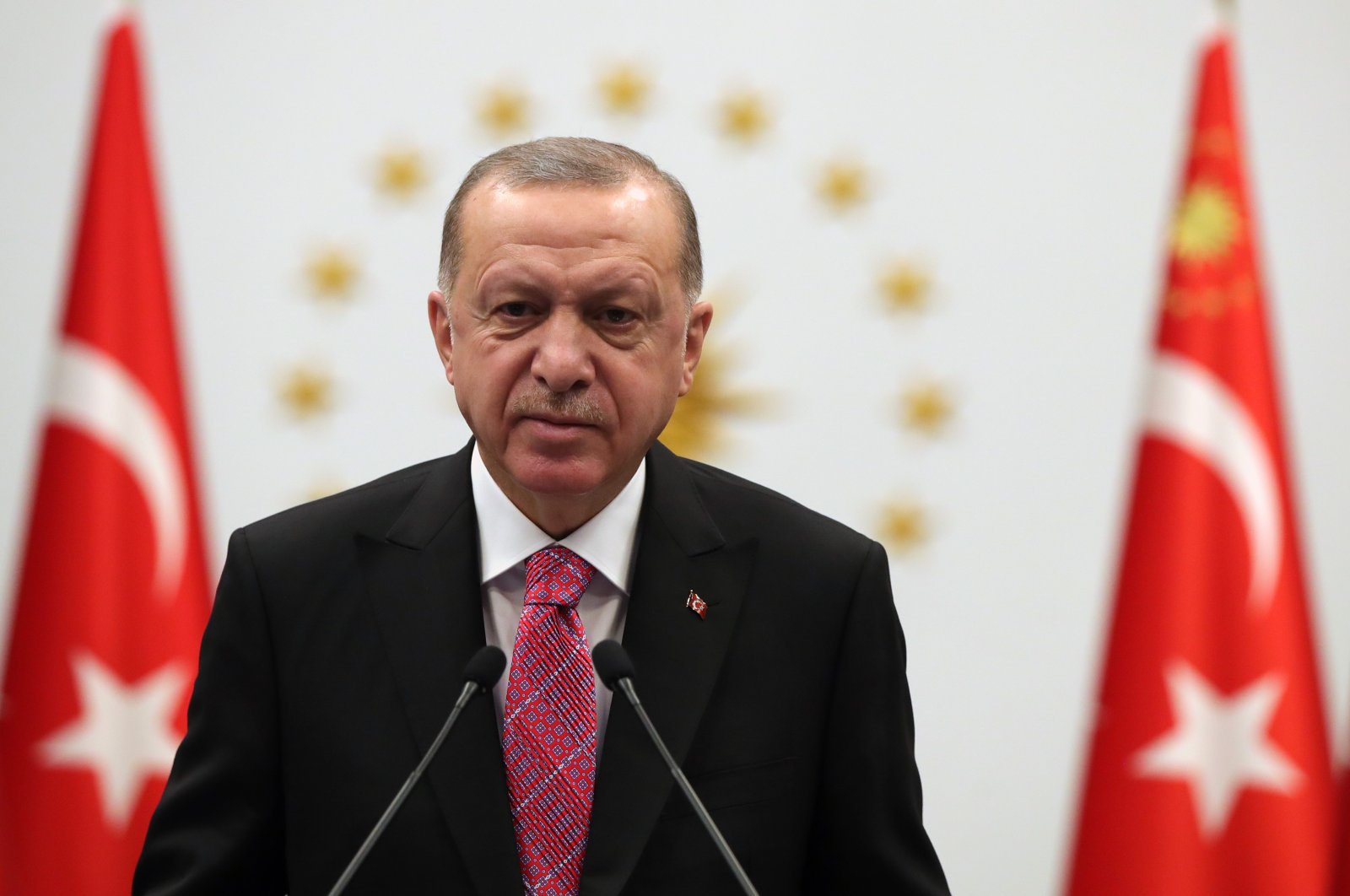 Turkey has not fully cut off its relations with Israel and continues to cooperate with the country in the intelligence field, President Recep Tayyip Erdoğan said Friday.

“The Palestine policy is our red line. It is impossible for us to accept Israel’s Palestine policies. Their merciless acts there are unacceptable,” Erdoğan said.

“If there were no issues at the top level, our ties could have been very different,” he added.

However, the president noted that Turkey hopes to improve its relations with the country. “We would like to bring our ties to a better point,” he said.

Meanwhile, recent reports claimed that Azerbaijani President Ilham Aliyev has been trying to mend relations between the two countries.

Azerbaijan, which recently liberated its territories from Armenian occupation in Nagorno-Karabakh, used drones and other defense systems from Turkey and Israel, which helped it gain superiority. According to the Israeli website Walla!, Aliyev called Erdoğan earlier this week and made several suggestions about ways to improve diplomatic ties with Israel.

Azerbaijani Foreign Minister Jeyhun Bayramov also reportedly called his Israeli counterpart Gabi Ashkenazi last week to bring up the same issue and noted that Baku would be interested in improving ties between both of its allies.

Relations between Turkey and Israel drastically declined in 2010 following an Israeli naval raid on a Turkish aid ship, the Mavi Marmara, en route to deliver humanitarian aid to the blockaded Gaza Strip. The raid killed 10 activists.

The event caused an unprecedented crisis in the decadeslong peaceful Turkish-Israeli relations. Both countries even recalled their diplomatic envoys following the massacre.

In 2013, with Israeli Prime Minister Benyamin Netanyahu’s apology to Turkey and the payment of $20 million (about TL 38 million at the time) in compensation to the Mavi Marmara victims, Turkish-Israeli relations entered a period of normalization.

In December 2016, both countries reappointed ambassadors as part of the reconciliation deal and reiterated several times the necessity of further improvements in bilateral relations.

Turkish officials continue to criticize Israel’s policies targeting Palestinians, however, including illegal settlements in the occupied West Bank and Jerusalem and the humanitarian situation in Gaza.

Turkish citizens have also been complaining about Israel’s arbitrary restrictions on visits. However, Israel’s informal policy of deportation, visa rejection, arbitrary detention and delay of Turkish nationals for no reason at airports has failed to discourage hundreds of visitors each year.

Known for its unbreakable solidarity with the Palestinians, Turkey has been voicing support for the Palestinian cause in the international realm for decades. Turkish authorities emphasize that the only way to achieve lasting peace and stability in the Middle East is through a fair and comprehensive solution to the Palestinian issue within the framework of international law and United Nations resolutions.

Israel occupied east Jerusalem during the 1967 Six-Day War. In 1980, in a move never recognized by the international community, Israel annexed the entire city, claiming it as the self-proclaimed Jewish state’s “eternal and undivided” capital. Last year, the U.N. called the Israeli occupation in Palestine “the longest occupation” in the world.

Jerusalem remains at the heart of the Middle East conflict, with Palestinians hoping that east Jerusalem, occupied by Israel since 1967, might eventually serve as the capital of an independent Palestinian state.

In January, U.S. President Donald Trump announced a so-called peace plan for the Israeli-Palestinian conflict, dubbing it the “Deal of the Century,” although it had already been roundly rejected by the Palestinians.

Netanyahu was with Trump at the White House for the announcement, but no Palestinian officials were present. In a news conference, Trump said Jerusalem will remain Israel’s “undivided capital.”

Turkey rejected the plan, saying it would not support any plan that is not accepted by the Palestinian authorities, adding that peace in the Middle East would not be obtained if the policies based on occupation continued.

Trump’s so-called peace plan unilaterally annuls previous U.N. resolutions on the Palestinian issue and suggests giving Israel almost everything it has been demanding.