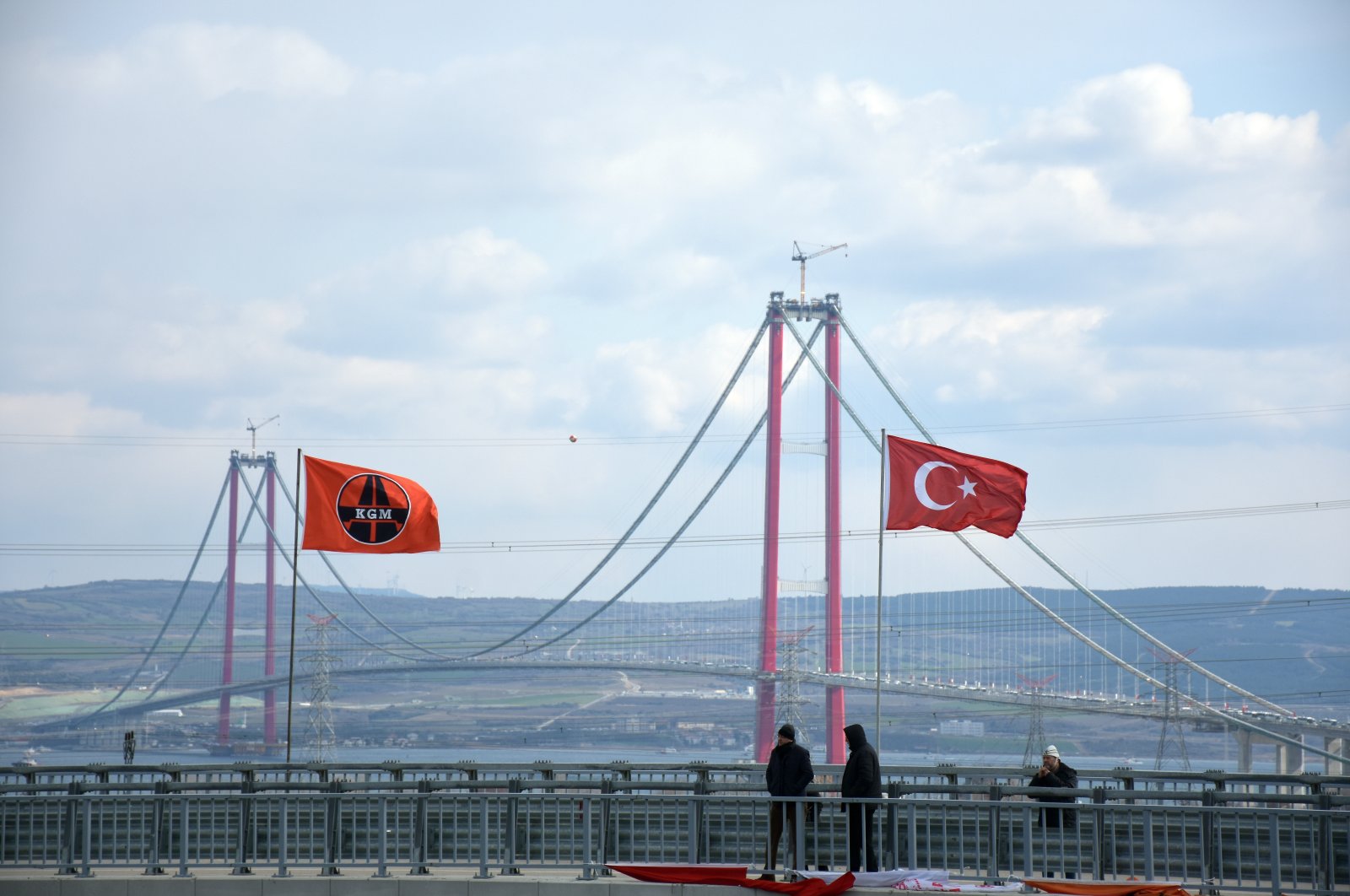 One of Turkey’s megaprojects, the 1915 Çanakkale Bridge, for which the foundation was laid back in 2017, opened for traffic Friday in a ceremony attended by President Recep Tayyip Erdoğan, according to Azerbaijan in Focus, reporting Daily Sabah.

The landmark project crossing the Dardanelles was put into service on March 18, which coincides with the 107th anniversary of the Çanakkale naval victory.

Erdoğan said during the ceremony that Turkey today opened the world’s longest midspan suspension bridge, leaving behind Japan, which had held the top place.

“An investment of 2.5 billion euros ($2.76 billion) was made for the 1915 Çanakkale Bridge, whereas our country’s annual gain in time, fuel consumption and carbon emissions will be 415 million euros,” Erdoğan also said.

The bridge was constructed through a public-private partnership model, Erdoğan reiterated, noting that the country ranks third in Europe and 13th in the world in terms of this business model.

“Calculations indicate that this project will contribute 5.3 billion euros in production to our economy, employment for 118,000 people and 2.4 billion euros in national income,” the president added.

He hailed the new bridge as “a main artery of the Turkish economy,” saying it will greatly facilitate the movement of people and goods.

This bridge will enable Turkey to further cement its position as an international logistics hub connecting Europe, the Middle East, Northern Europe and Central Asia, he added.

The bridge will cut the time it takes to travel between Asia and Europe and remove obstacles that emerge during crossings. Normally, traveling between the European and Anatolian sides of Çanakkale takes roughly 30 minutes via ferry, however, services are sometimes canceled in stormy weather and during holiday seasons hours are spent waiting in line.

The final groundworks and asphalting on the bridge were recently completed. Some 5,000 workers were employed during the construction of the project, for which the foundation was laid on March 18, 2017.

The giant structure will be connected to the Malkara-Çanakkale Highway and will represent the most important part of the 101-kilometer (62.75-mile) route.

When the entire Kınalı-Tekirdağ-Çanakkale-Savaştepe Highway Project is linked to the Gebze-Izmir Highway, a highway chain will be formed around the Marmara Sea. Home to nearly one-third of Turkey’s population, the eponymous region includes major industrial and commercial hubs.

With the completion of the project, a reduction in ferry traffic is expected, especially during the summer months and public holidays, by offering alternative transportation routes from the provinces of Istanbul and Thrace to the Marmara and Aegean regions.

In addition to reducing travel times, the project ensures that all the ports in the Marmara and Aegean regions are integrated into all transportation systems.

The 1915 Çanakkale Bridge is the world’s longest midspan suspension bridge, stretching 2,023 meters (6,637 feet) between its towers, which are painted red and white to reflect the colors of the Turkish flag.

The megaproject, undertaken by a consortium of South Korean and Turkish companies, is the country’s fourth bridge and fifth crossing to connect Asia and Europe after the 15 July Martyrs Bridge, Fatih Sultan Mehmet Bridge, Yavuz Sultan Selim Bridge, Marmaray Rail Tunnel and the Eurasia Tunnel. It will be the first bridge to connect the two continents over the Dardanelles.

Shaped to symbolize artillery shells as a tribute to the legendary World War I battle of Gallipoli, the spires towered 318 meters high.

The 2,023-meter span symbolizes the year 2023, the 100th anniversary of the Republic of Turkey’s foundation. The total length of the bridge reaches 4,608 meters, including the side spans of 770 meters each and approach viaducts of 365 meters and 680 meters.

It is a divided highway bridge, with three lanes in each direction. The deck of the bridge, which is to serve two three-lane roads, will be 45.06 meters wide and 3.5 meters high. The walkways built on either side of the deck will be used for maintenance and repair.