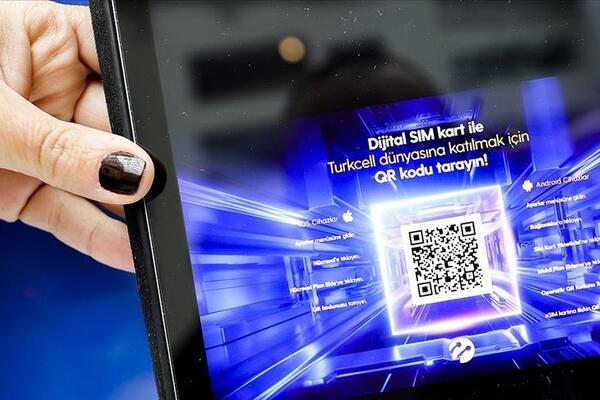 Turkey on Dec. 24 has introduced its new generation GSM technology, eSIM, taking an important step in mobile communications, according to the Turkish transport and infrastructure minister.

The new eSIM technology, which was developed with domestic and national resources and using up-to-date technology, will have a wide range of uses, from smartphones, wearable technologies, machine-to-machine communication to many industrial products, said Adil Karaismailoğlu.

Reminding the pandemic has caused significant changes in people’s lifestyles, the minister emphasized Turkey has made great efforts to ensure that the internet and communication systems can be used uninterruptedly in line with increasing needs.

“The deployment of the relevant servers for eSIM systems in our country was made by our information technologies and communication authority to comply with the domestic requirement and GSMA standards.”

“The eSIM application will take place in devices with SIM features. With the help of the chip, it can be installed and managed remotely. With this technology, a higher security and protection level will be provided than SIM cards.”

Karaismailoğlu stated that the eSIM application will provide serious access and ease of use both between machines and consumer devices.

“Subscribers will be able to make operator changes without going to dealers. Costs arising from device procurement will be eliminated.”

Thanks to this technology, he explained, the SIM feature will not be affected by problems such as vibration, impact, and moisture in the vehicles and devices used.

“Problems such as buying, stocking, and installing the SIM card will be eliminated, costs are eliminated.”

Sensitive SIM card information will be used locally without going abroad and information security will be ensured, he noted, saying Turkey will be in complete control of sensitive data in the country.

This article originally appeared in Hurriyet Daily News on 25 Dec 2020.