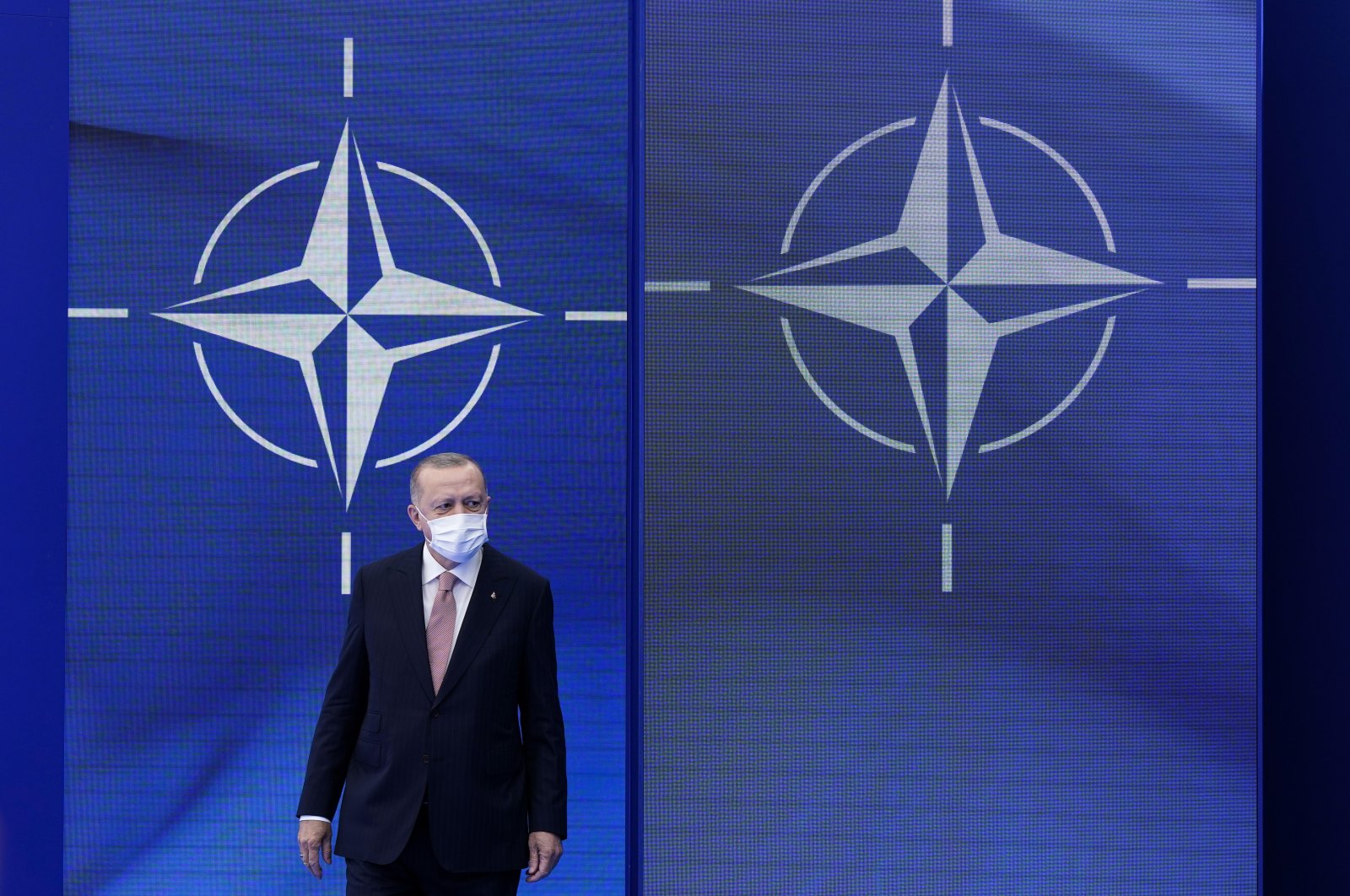 Turkey left alone by allies in fight against terrorism: Erdoğan

President Recep Tayyip Erdoğan on Monday stated that Turkey was left alone by its allies and partners in its fight against terrorism and underlined that terrorism is one of the greatest obstacles to stability.

Speaking in a video message sent for a NATO summit session on stability, Erdoğan once again reiterated that Turkey fought Daesh the most effectively while Ankara has eliminated around 4,000 Daesh terrorists in its cross-border operations.

“We have witnessed that terrorist leaders who have innocent people’s blood on their hands were supported and addressed on the highest level as if they were legal actors in Syria, Iraq and Turkey,” he stated.

The president was referring mainly to the U.S., which has been supporting the PKK terrorist organization’s Syrian wing, the YPG, which poses a national security threat to Turkey.

The U.S. primarily partnered with the YPG in northeastern Syria in its fight against the Daesh terrorist group. On the other hand, Turkey strongly opposed the YPG’s presence in northern Syria. Ankara has long objected to the U.S.’ support for the YPG, a group that poses a threat to Turkey and that terrorizes local people, destroying their homes and forcing them to flee.

Under the pretext of fighting Daesh, the U.S. has provided military training and given truckloads of military support to the YPG, despite its NATO ally’s security concerns. Underlining that one cannot support one terrorist group to defeat another, Turkey conducted its own counterterrorism operations, over the course of which it has managed to remove a significant number of terrorists from the region.

Erdoğan further pledged to contribute to global peace and stability in cooperation with its allies with “its dynamic economy, strong defense industry and principled foreign policy.”

“It should not be forgotten that Turkey’s borders are NATO’s borders. We therefore are cognizant of our important responsibility not only for our own national interests but also for the security and stability of the Trans-Atlantic area and take our steps accordingly with this understanding,” he pointed out.

This article originally appeared in DAILY SABAH on 14 June 2021.