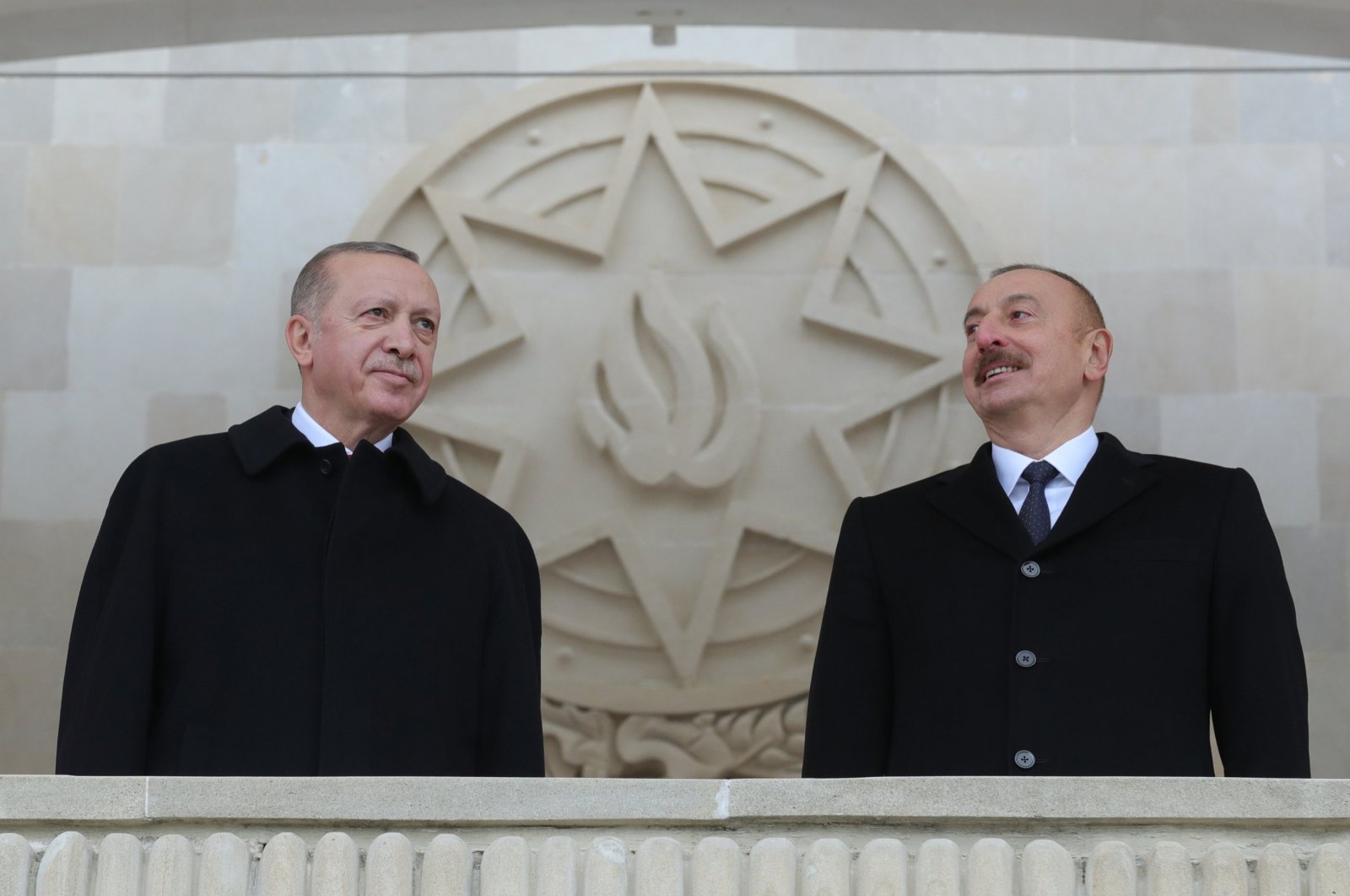 Top state officials from Turkey on Friday congratulated Azerbaijan as it marks the 103rd anniversary of its establishment as a nation with Republic Day celebrations.

“Congratulations on the anniversary of the foundation of Azerbaijan, the friendly and brotherly country that declared its independence on May 28, 1918,” Turkey’s Vice President Fuat Oktay said on Twitter with a video showing Azerbaijani and Turkish flags fluttering together.

Turkey’s Foreign Minister Mevlüt Çavuşoğlu also congratulated Azerbaijan on its Republic Day on Twitter, saying: “The glorious Azerbaijani flag is flying on the lands liberated from occupation on May 28! Live happily with your tricolor flag, Dear Azerbaijan!”

“I have no doubt that our excellent parliamentary relations between Turkey and Azerbaijan will continue to promote with the understanding of ‘one nation, two states,'” the letter read.

“In this context, I would like to underline that the strong cooperation between our parliaments is one of the most important factors that accelerate our bilateral relations,” Şentop said.

The Azerbaijani National Council, headed by Mammad Amin Rasulzadeh, declared the independent Azerbaijan Democratic Republic in Tbilisi, Georgia on May 28, 1918, becoming the first democratic republic of the East.

Ottoman Empire and newly-formed Azerbaijan signed an agreement of friendship and cooperation the same year. Rasulzadeh inked the agreement on behalf of Azerbaijan.

Azerbaijan first declared independence from the Russian Tsar regime but was occupied by the Soviet Union after a short period of two years.

On Aug. 30, 1991, four months before the dissolution of the Soviet Union, the modern Republic of Azerbaijan declared its independence.

The country has celebrated May 28 as Republic Day since 1990.

This article originally appeared in DAILY SABAH on 28 May 2021.