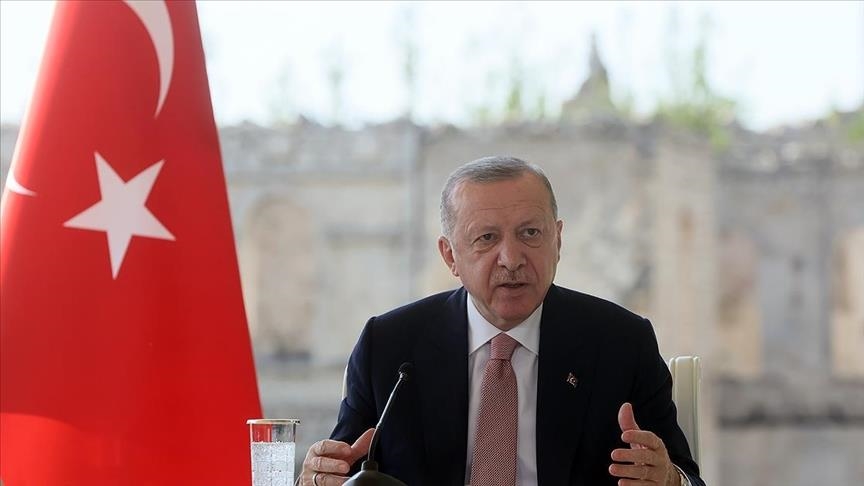 Favoring terror groups that your ally is fighting against is 'historic mistake,' says Turkey's president

Turkey’s President Recep Tayyip Erdogan has told his US counterpart that Ankara will not change course on F-35 stealth jets and the Russian S-400 missile defense systems, he said on Thursday.

“I told (Joe Biden), don’t expect us, as Turkey, to take a different step on either the F-35 or S-400 issue because we did our part on the F-35s,” Erdogan told reporters in the Azerbaijani capital Baku, referring to his recent face-to-face meeting with the US president at Monday’s NATO summit in Brussels.

Erdogan also underlined that it was a “historic mistake” for a country to favor the terrorist groups that its ally is fighting against, instead of siding with its ally that is being targeted by terrorism.

He added that Moscow was being “helpful” on the opening of the Zangezur corridor between Azerbaijan’s western part and the Nakhchivan autonomous region, and said he would soon meet Russia’s President Vladimir Putin.

Zangezur was part of Azerbaijan, but in the 1920s, the Soviets gave the region to Armenia. With this, Azerbaijan lost its link with Nakhchivan, an autonomous republic, and some parts of the railway between the two regions were destroyed.

Once those parts are repaired, Azerbaijan will be able to reach Iran, Armenia, and the Nakhchivan exclave uninterruptedly by train.

This article originally appeared in Anadolu Agency on 17 June 2021.