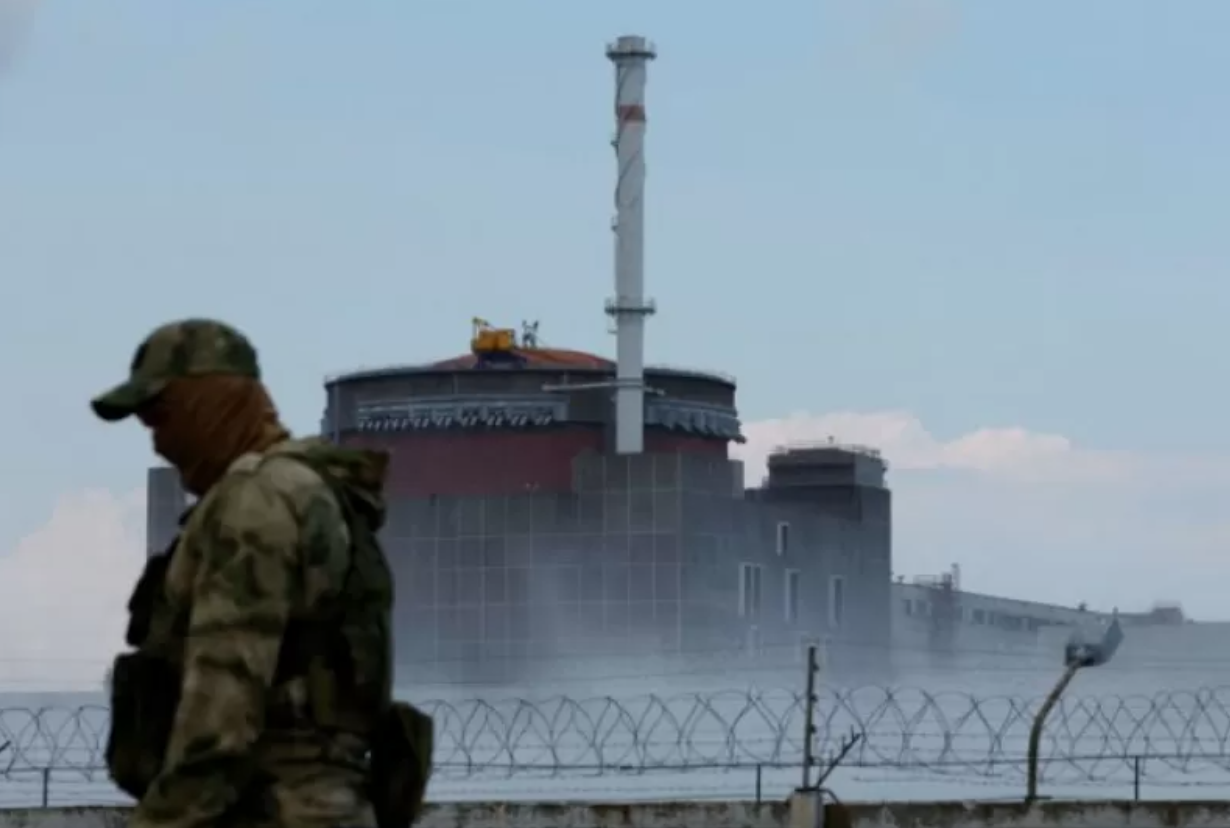 Turkey’s President Recep Tayyip Erdogan offered on Saturday to mediate in the standoff over a Russian-occupied nuclear power station in Ukraine stoking fears of an atomic disaster, according to Azerbaijan in Focus, reporting Turan News.

The offer came hours before the global atomic energy watchdog said that Ukraine’s Zaporizhzhia nuclear facility had been disconnected from its last remaining main power line to the grid and was now relying on a reserve line.

The alarm has grown in recent weeks over shelling in the area of Europe’s largest nuclear plant.

Ukraine said Friday it had bombed a Russian base in the nearby town of Energodar, destroying three artillery systems as well as an ammunition depot.

Erdogan on Saturday told his Russian counterpart Vladimir Putin that “Turkey can play a facilitator role in the Zaporizhzhia nuclear power plant, as they did in the grain deal,” the Turkish presidency said.

Ukraine, one of the world’s largest grain exporters, was forced to halt almost all deliveries after Russia invaded in late February, raising fears of a global food crisis.

Exports of grain across Black Sea ports resumed after Kyiv and Moscow signed a deal in July, with the United Nations and Turkey acting as guarantors.

There was no immediate mention of Erdogan having also spoken to Ukraine’s President Volodymyr Zelensky on Saturday to offer his mediation.

Last month, Erdogan warned of the danger of a nuclear disaster when he visited the western city of Lviv for talks with the Ukrainian leader.

The Turkish president said he wanted to avoid “another Chernobyl”, referring to the world’s worst nuclear accident in another part of Ukraine in 1986, when it was still part of the Soviet Union. 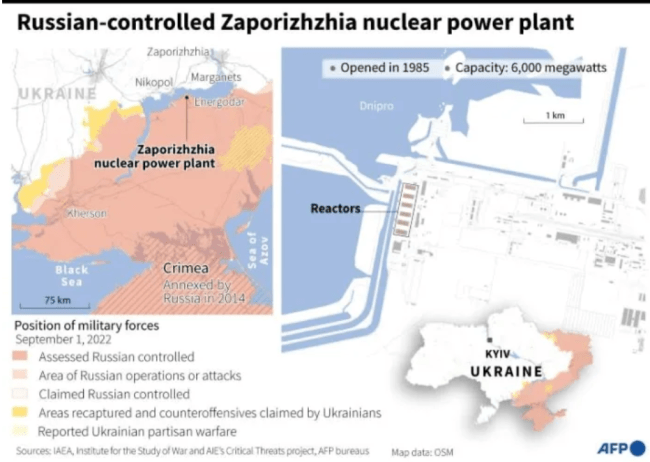 This week, a 14-strong team from the International Atomic Energy Agency (IAEA) visited Zaporizhzhia, with the UN nuclear watchdog’s chief Rafael Grossi saying the site had been damaged in the fighting.

“But the facility is continuing to supply electricity to the grid through a reserve line,” the agency added.

The Russian invasion of pro-Western Ukraine has killed thousands of people and caused millions to flee their homes. Western powers have reacted by dispatching military aid to Kyiv in a bid to stem the Russian advance and slapping economic sanctions on Moscow. On Friday, the Group of Seven major industrial democracies vowed to move urgently to set a price cap on Russian oil imports, a crucial source of revenue for Moscow. As if on cue, Russian energy giant Gazprom said it had halted gas deliveries to Germany for an indefinite period as there were leaks in a turbine. Its German manufacturer said that was not a valid reason to halt gas flows.

EU Economy Commissioner Paolo Gentiloni said Saturday the European Union was in better shape to handle the possibility of a total halt in Russian gas deliveries, thanks to storage capacity and energy-saving measures. 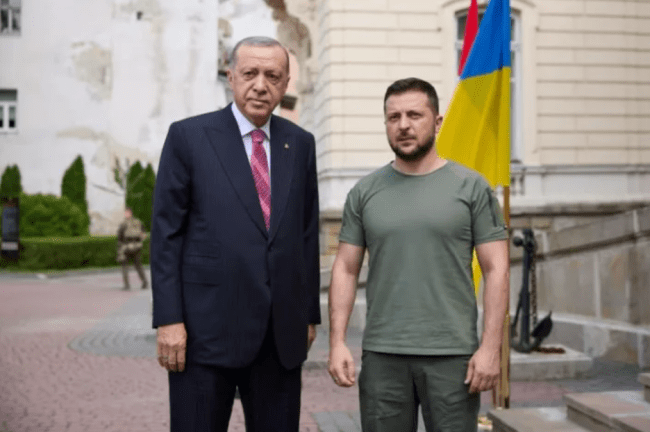 “We are well prepared to resist Russia’s extreme use of the gas weapon,” he told reporters on the sidelines of the European House-Ambrosetti economic forum.

In the European Union, “gas storage is currently at about 80 percent, thanks to the diversification of supplies,” even if the situation varies from one country to another, Gentiloni said.

Zelensky picked up on the theme in his evening address Saturday.

“Russia wants to destroy the normal life of every European – in all countries of our continent,” he said, referring to the shutdown of the Nord Stream pipeline.

Where it could not do so by military means, it weaponized its energy resources, he added. 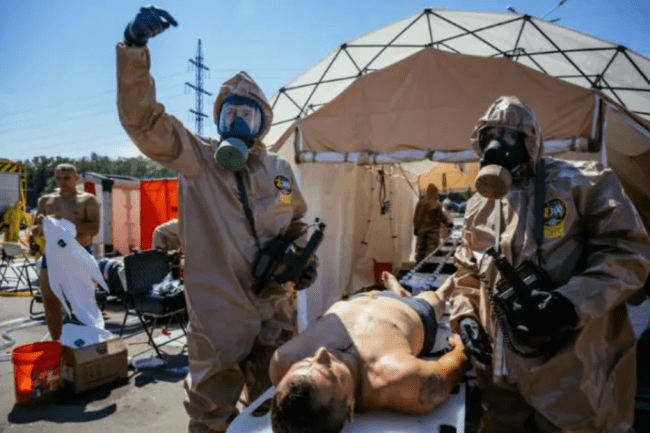 “To protect ourselves in Europe, we need more unity, more coordination, more help to each other.”

Ukraine has accused Russia of storing ammunition at Zaporizhzhia and deploying hundreds of soldiers there.

It also suspects Moscow is intending to divert power from the plant to the nearby Crimean peninsula, annexed by Russia in 2014.