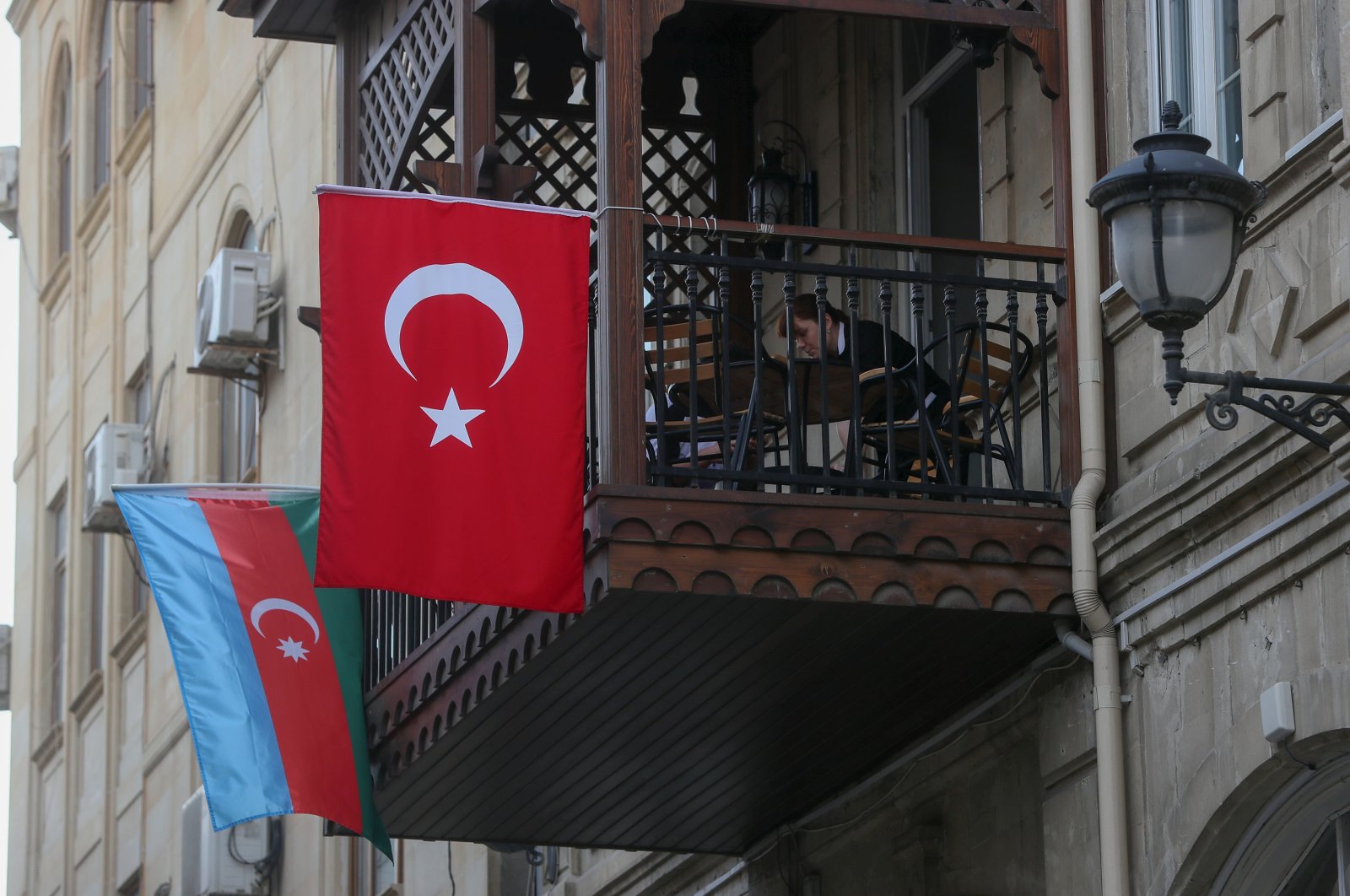 The national flags of Turkey and Azerbaijan hang from a balcony in Baku, Azerbaijan, Oct. 23, 2002. (Reuters Photo)

Turkey ratified the preferential trade agreement with Azerbaijan on Tuesday, according to a notice issued in the Official Gazette.

The deal was signed on Feb. 25, 2020, on the sidelines of President Recep Tayyip Erdoğan’s visit to Azerbaijan’s capital Baku.

Turkey and Azerbaijan’s bilateral trade volume was around $2 billion (TL 14.88 billion) last year, with Turkey’s exports totaling $1.7 billion and imports of $300 million, according to the Turkish Statistical Institute (TurkStat) data.

The officials of the two countries last year said the eventual aim was to raise the trade volume to $15 billion by 2023, a goal that would be facilitated with the preferential trade agreement.

The agreement will allow quotas and customs taxes to be lifted on the trade of certain products.

As of 2019, Azerbaijan’s investments in Turkey have reached $17 billion, while Turkey’s investments have amounted to over $12 billion.

The State Oil Company of Azerbaijan Republic (SOCAR) stands as one of the largest foreign direct investors in Turkey, as its investment will reach up to $19.5 billion once all its ongoing projects have been completed.

Turkey has over 20 free trade agreements currently. The country most recently signed a historical free trade deal with the United Kingdom.

This article originally appeared in DAILY SABAH on 19 Jan 2021.