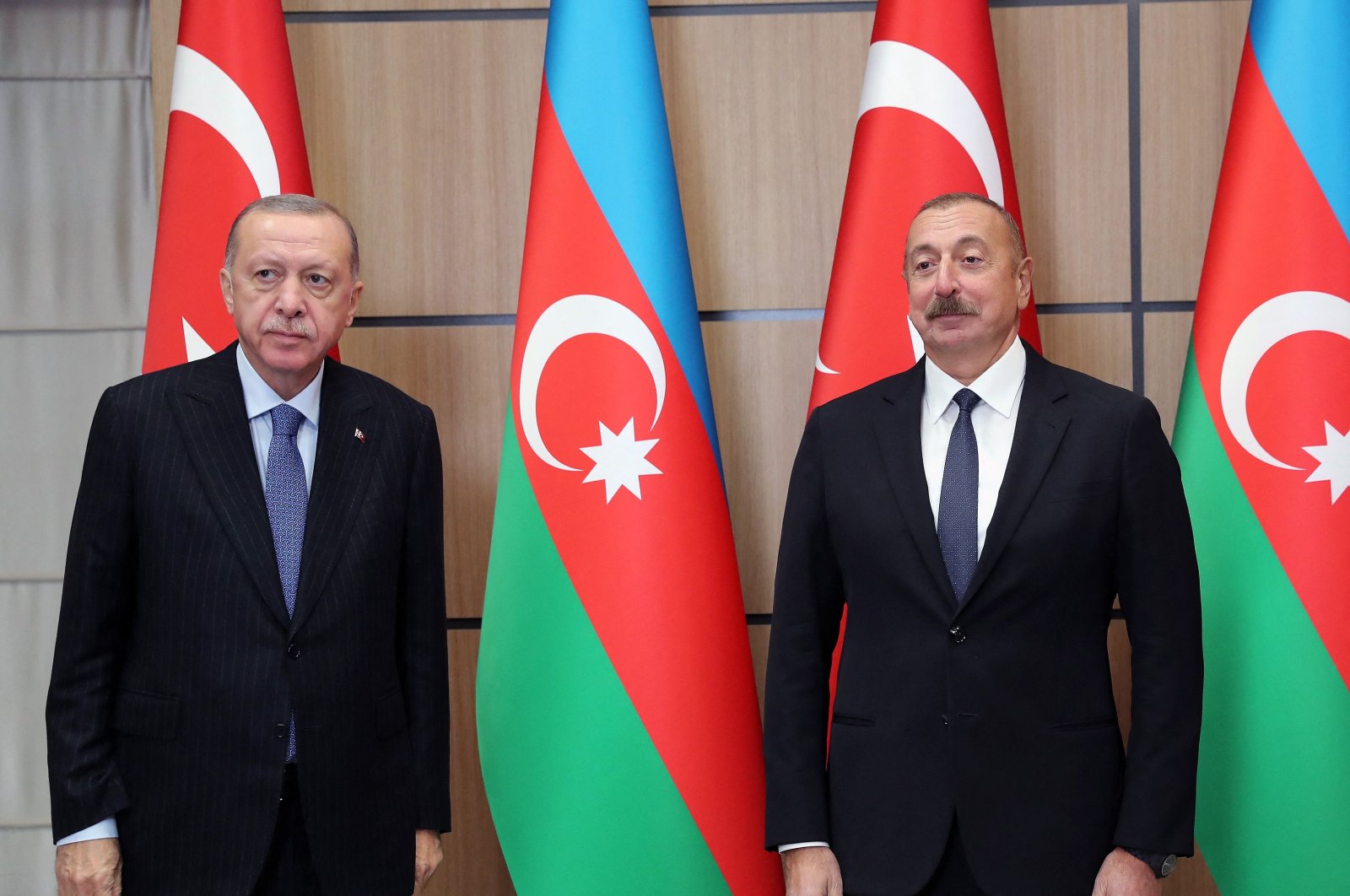 Turkey and Armenia have no diplomatic relations. The bitter relationship has deteriorated more recently over Turkey’s support for Azerbaijan, which last year fought a war with Armenia for control of the occupied Nagorno-Karabakh region.

On a visit to Azerbaijan on Tuesday, Erdoğan set out conditions if Yerevan wanted better ties with Ankara.

“If Armenia shows sincere goodwill toward Azerbaijan, then there will be no obstacles for the normalization of ties between Turkey and Armenia,” Erdoğan said.

“Turkey will reciprocate Armenia’s steps aimed at building lasting peace in the region,” he told a news conference after attending the opening of a newly built airport in Azerbaijan’s Fuzuli district, which was recaptured during the six-week war last year.

The flare-up claimed more than 6,500 lives and ended in November with a Russian-brokered cease-fire that saw Yerevan cede swathes of occupied territory it had controlled for decades.

The fighting stirred fears Russia and Turkey could be drawn in directly to support their allies, interventions that would have put Moscow and Ankara on opposing sides not only in Syria and Libya but in Nagorno-Karabakh too.

Armenian separatists in Nagorno-Karabakh broke away from Azerbaijan as the Soviet Union collapsed in 1991, and the ensuing conflict has claimed around 30,000 lives.

On relations with Armenia, Erdoğan said the environment is “more favorable than ever before” for lasting peace and progress toward normalization.

The president also said that the borders must be determined and mutually recognized with Azerbaijan and its neighbors – traditionally a key point for Turkey.

“This understanding forms the basis of good neighborly relations,” he added.

“Both Turkey and Azerbaijan will take necessary steps for the realization of the Zangezur Corridor,” Aliyev said during the joint news conference after both leaders attended the opening ceremony of Fuzuli International Airport.

Zangezur was part of Azerbaijan, but in the 1920s, the Soviets gave the region to Armenia, cutting off Azerbaijan’s land link with Nakhchivan.

“One day, we will be able to travel (directly) from Zangezur to Istanbul, cementing the region’s position as a transit and logistics hub,” Erdoğan said, touting the corridor’s significance.

On the territories Azerbaijan liberated last fall from Armenia, Aliyev said both Turkey and Azerbaijan have “a host of projects” to do in those zones.

“We stand shoulder to shoulder with Turkey,” he stressed.

Aliyev said Azerbaijan “writes history together with Turkey,” and added, “We were together during the whole war, we are together today,” referring to the 44-day conflict to liberate Nagorno-Karabakh.

He called Erdoğan “one of the most important factors in the whole Turkic world.”

This article originally appeared in DAILY SABAH on 27 Oct 2021.