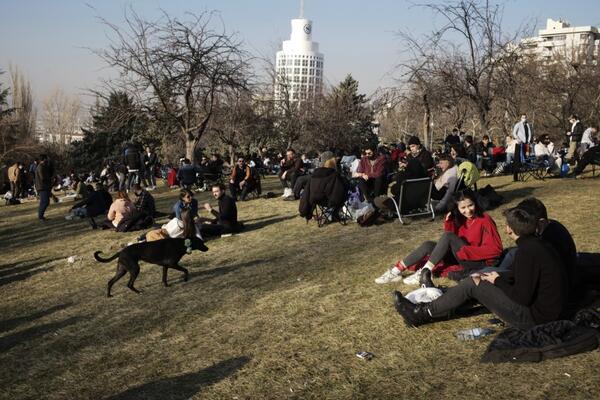 Turkey’s provinces are waiting for the cabinet’s decision to decide how to move forward and what steps they will need to take as the country is readying to switch to the normalization phase.

President Recep Tayyip Erdoğan already announced that some virus-related restrictions will start being eased, including weeknight curfews and lockdowns on weekends, through a province-based approach.

The details of the normalization phase are expected to be announced after the highly anticipated cabinet meeting scheduled for March 1.

Provinces will be categorized as low, medium, high or very high risk, depending on several factors, including the infection rates and the vaccination process, and they will act accordingly.

The state of hospitals in each province, such as the occupancy rates in intensive care units and bed occupancy rates, will also be taken into account.

Health Minister Fahrettin Koca dubbed the new phase as the period of taking “on-site decision,” as provincial public hygiene boards will decide which measures to ease or tighten.

It is widely believed that those low and medium-risk provinces may be allowed to loosen COVID-19-related restrictions.

According to the latest weekly data provided by the Health Ministry, presently there are some 30 provinces in Turkey with a combined population of some 24 million which are either low or medium-risk areas. The remaining 59.8 million are residing in high and very-high risk provinces.

As far as the country’s vaccination drive is concerned, to date, Turkey has already administered nearly 8.6 million doses of the COVID-19 vaccine.

Meanwhile, the Education Ministry announced that the resumption of face-to-face education in primary schools, as well as eighth and 12th grades, has been postponed to March 2 from a previously scheduled March 1.

“We needed to reconsider the decision on resuming in-class education due to a spike in the number of infections over the past couple of days in certain provinces. I am sorry for the one-day delay,” Education Minister Ziya Selçuk said on Feb. 28.

This article originally appeared in Hurriyet Daily News on 28 Feb 2021.