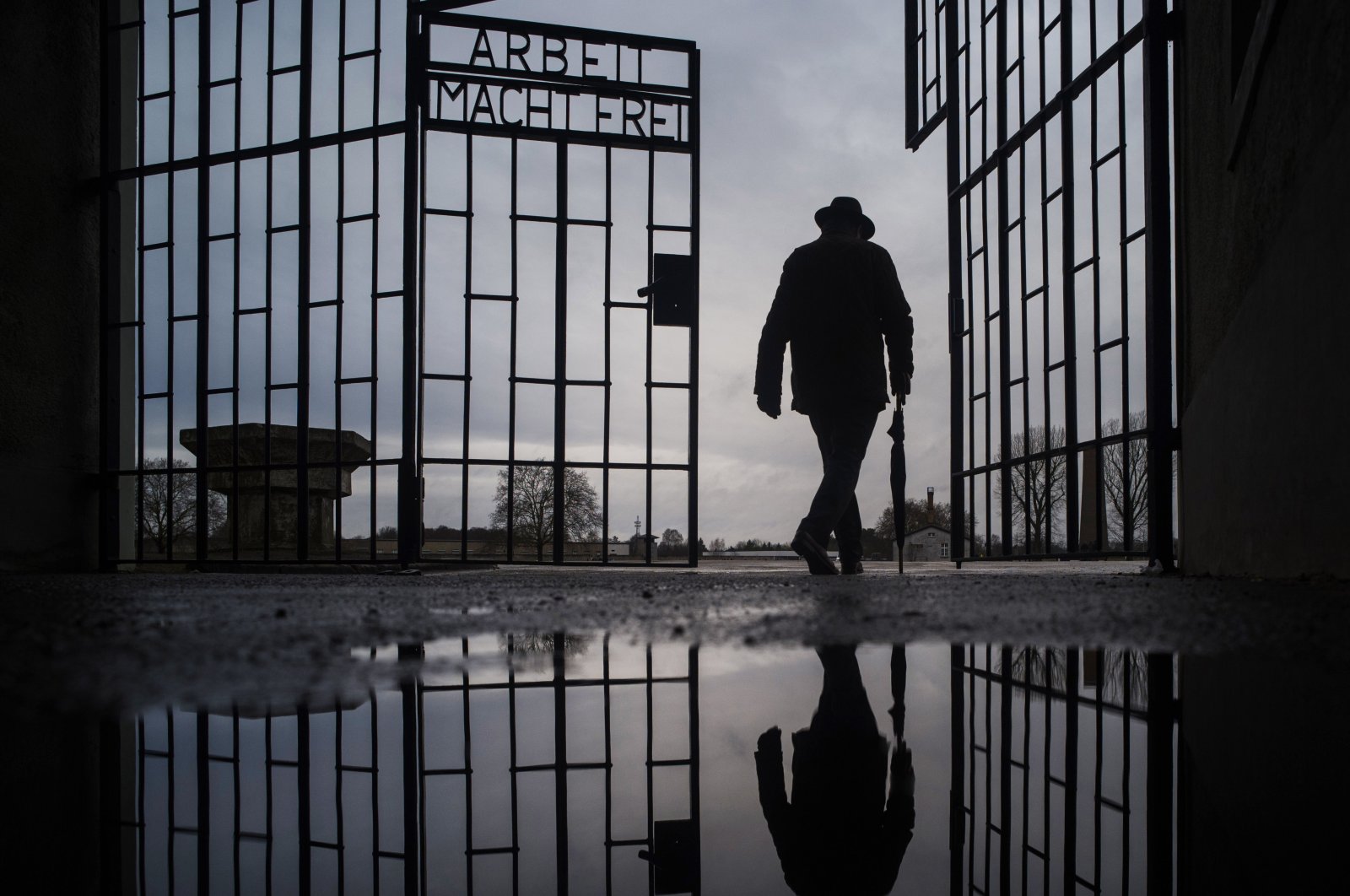 A man walks through the gate of the Sachsenhausen Nazi death camp with the phrase ''Arbeit macht frei" (work sets you free) on International Holocaust Remembrance Day in Oranienburg, about 30 kilometers (18 miles) north of Berlin, Germany. Jan. 27, 2021. (AP File Photo)

The international community needs to take concrete action to prevent genocide and tragedies as xenophobia, Islamophobia and racism continue to surge across the world, President Recep Tayyip Erdoğan said. The Turkish Foreign Ministry, meanwhile, expressed concern about the increase in the hate activity, in messages released in observation of Holocaust Remembrance Day.

“The international community needs to be mobilized to ensure that tragedies like the Holocaust, Bosnia, Rwanda and Cambodia do not repeat,” Erdoğan said, adding that it is about time to say stop to anti-Muslim rhetoric and xenophobia.

Highlighting that systematic discrimination and hate speech preceded all of the aforementioned genocides, Erdoğan noted that digital platforms have aided in the faster spread of hate speech.

Meanwhile, the Presidency’s Communications Directorate has created an exclusive website to commemorate the victims of genocides.

“On this day, we remember with respect 11 million victims of the Holocaust, including 6 million Jews, the Roma people and the disabled persons, who were systematically and brutally murdered by the Nazi regime and its collaborators. We once again honor the memories of the Turkish diplomats who extended a helping hand to victims fleeing the atrocities,” the Foreign Ministry said in a statement.

The ministry also expressed concern about the global rise in hate speech, crimes and the surge in racism, xenophobia, Islamophobia and anti-Semitism.

Noting that Turkey opened its doors to thousands of Jews fleeing Nazi persecution during the Holocaust, the ministry said the country’s doors remain open to all people fleeing violence.

“Turkey, who embraces a human-centered approach in its foreign policy, calls upon the international community to prioritize humanitarian principles for the prevention of the recurrence of past tragedies,” the statement added.

Turkey, home to a sizable Jewish community concentrated around Istanbul, in 2008 joined the International Holocaust Remembrance Alliance, an intergovernmental body established in 1998 to coordinate political and social support for Holocaust education, remembrance and research as well as to combat anti-Semitism. The country has regularly marked Holocaust Remembrance Day since then.

This article originally appeared in DAILY SABAH on 27 Jan 2021.