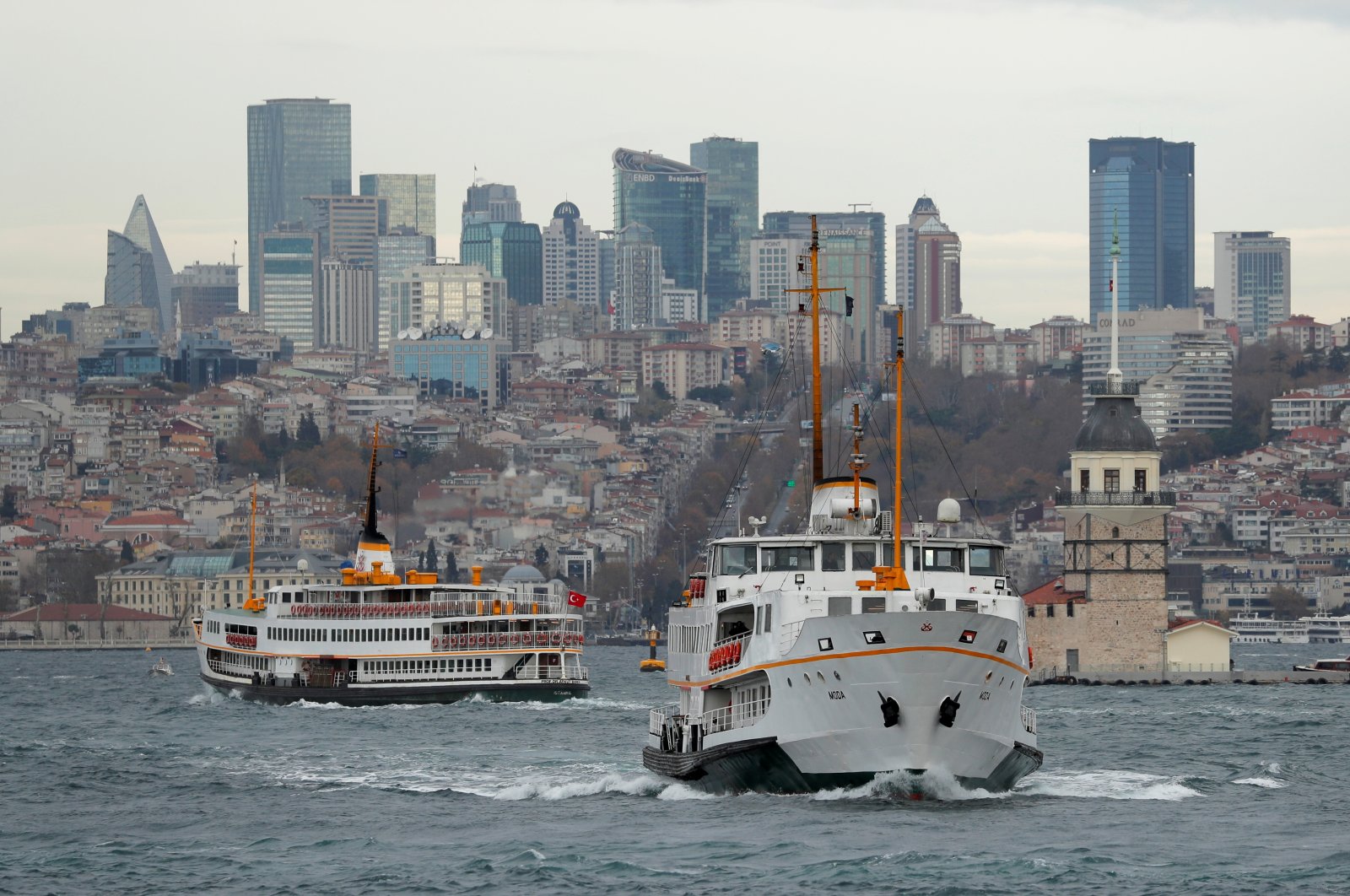 Ferries, with the city's skyscrapers in the background, sail in the Bosphorus in Istanbul, Turkey, Dec. 11, 2020. (Reuters Photo)

Turkey says no step back from free-market mechanism

Turkey’s Treasury and Finance Minister Lütfi Elvan pledged Monday that the country will not compromise on the free-market mechanism, attaching great importance to the efficient functioning of the markets.

Elvan stressed that Turkey would maintain its macro policy, prioritizing disinflation with determination until a permanent drop in inflation is achieved.

“We will continue implementing fiscal policies to support price stability in a way that complements monetary policy,” the minister noted. Elvan’s remarks came upon central bank governor change and amid currency developments.

The Turkish lira plunged 15% to near its all-time low after markets opened on Monday. The currency tumbled to as weak as 8.48 versus the dollar, from 7.21 on Friday, back to levels touched in early November when it reached an intraday record of 8.58. It last changed hands at 8.07.

The volatility on Turkish financial markets carried over to the Istanbul stock exchange. The Borsa Istanbul suspended trading for 35 minutes after automatic circuit breakers kicked in when an early sell-off approached 7%. The stock exchange then halted the trading for the second time. At the opening, 95 out of 100 stocks traded on BIST 100 lost value, while the price of five stocks remained unchanged.

The finance minister’s remarks came right after the pledges of the new Central Bank of the Republic of Turkey’s (CBRT) governor who, in his first public statements and during his first meeting with the country’s top bankers, stressed his dedication to continuing the fight against inflation and prioritizing price stability, using all monetary tools possible.

CBRT Governor Şahap Kavcıoğlu in a 90-minute call on Sunday told bank CEOs he planned no immediate policy changes and sought to ease concerns over a sharp selloff in Turkish assets and a pivot from rate hikes to cuts.

In the call with Turkish bankers, Kavcıoğlu said any policy change would depend on lowering inflation, which he said was the primary goal. He also said the bank’s rate-setting meetings will take place according to schedule, which means the key policy rate is likely to stay at 19% until at least the April meeting.

Turkey’s inflation has been stuck in double digits for most of the last four years.

Bringing inflation to the single-digit mark is also at the center of the highly anticipated economic reform package, which was unveiled by President Recep Tayyip Erdoğan on March 12.

Macroeconomic and structural policies will form the backbone of the new economic strategy, the president said at the time, as he vowed, among other measures, to reduce public expenses and narrow the current account deficit.

He also announced plans to set up price stability and economic coordination committees to navigate the changes.

“We will increase potential growth through efficiency, and we aim for a national and domestic economy where imports are lowered, and with added-value exports,” the president said.

The country’s priority will be fighting against the rise in consumer prices, with the aim of reaching single-digit inflation, Erdoğan stressed.

“An agenda point of priority is the battle with inflation. The goal is single-digit inflation,” he said, adding that an “early warning system” was being developed for food prices.

He said the rise in inflation has structural and periodical reasons.

The president also declared the formation of a price stability committee, which he said will increase the effectiveness of the fight against inflation, while public sector price hikes will be based on targeted inflation.

Inflation reached 15.61% in February, its highest since mid-2019, pressuring then-CBRT Governor Naci Ağbal to raise what is already the highest policy rate in any big economy.

In less than five months on the job, with his hawkish rhetoric against inflation, Ağbal had raised rates by 875 basis points to 19%.

Ağbal was dismissed and replaced with Kavcıoğlu, according to a presidential decree published Saturday in the Official Gazette. The decree did not provide a reason for Ağbal’s dismissal, but the move came two days after the central bank raised its benchmark interest rate by a larger-than-expected 200 basis points.