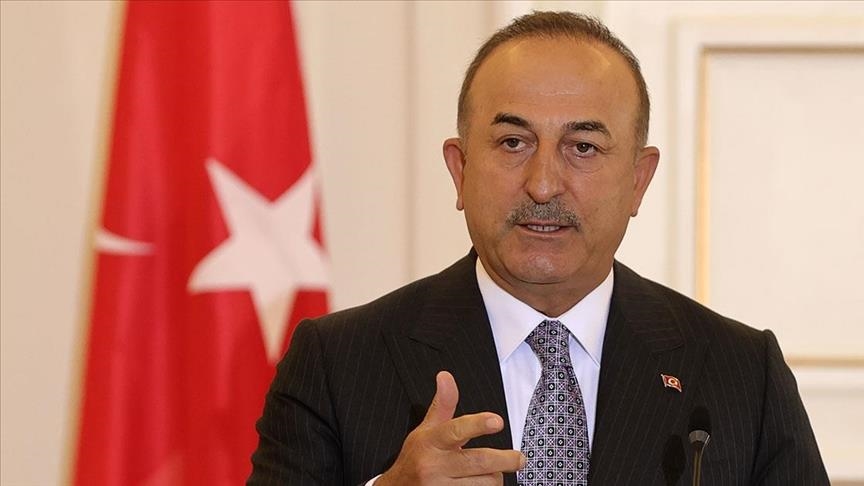 Turkish foreign minister on Friday stressed the importance of regional cooperation at a conference focusing on Central and South Asia.

“We try to do our share by promoting trilateral mechanisms involving Afghanistan, Azerbaijan, Georgia, Iran, Pakistan, and Turkey,” Cavusoglu said.

“The Turkic Council has also emerged as a promising model of regional cooperation. We also welcome (Uzbekistan) President (Shavkat) Mirziyoyev’s proposal on a UN center for interconnectivity in Central Asia,” he added.

Cavusoglu also said: “We should invest more in infrastructure.”

“Every year, the Asia-Pacific region is in need of an investment of $1.7 trillion for infrastructure.”

“Turkey has completed around 100 projects worth $100 billion in 15 years, mostly through the public-private partnerships,” he said.

“Connectivity between Europe and Asia has increased thanks to these investments towards the Middle Corridor,” he said, referring to the Trans-Caspian East-West-Middle Corridor Initiative, one of the most important parts of efforts to revive the ancient Silk Road trade route that connects East Asia and Europe.

Noting that security challenges should be addressed, Cavusoglu also mentioned “the worsening situation in Afghanistan.”

“Without peace in Afghanistan, we cannot speak about a real peace in our continent,” he said.

“We will continue our contributions to the peace efforts. For the welfare of our Afghan brothers, we are ready to continue to secure and manage the Kabul Hamid Karzai Airport,” the Turkish foreign minister added.

Intense fighting between Afghan forces and the Taliban continues amid the withdrawal of foreign troops from the country. US President Joe Biden has said that the US military mission in Afghanistan will conclude on Aug. 31.

Cavusoglu also said: “After the Second Karabakh War, new opportunities have emerged for connectivity through the Zangezur Corridor,” referring to the corridor between Azerbaijan’s western part and the Nakhchivan autonomous region.

“This is also vital for normalization in the Caucasus,” he said, adding:  “In the past, Central Asia was an area of great power competition. We should not let it fall back into this.”

The Turkish foreign minister said the region needs an interconnected ecosystem. “The only way for that is to promote regional cooperation through enhanced connectivity.”

Taking place on July 15-16, the conference’s main purpose “is to strengthen regional connectivity,” the Turkish Foreign Ministry said in a statement on Tuesday.

As part of the conference, Cavusoglu holds meetings with Uzbek officials and his counterparts from other countries participating in the event.