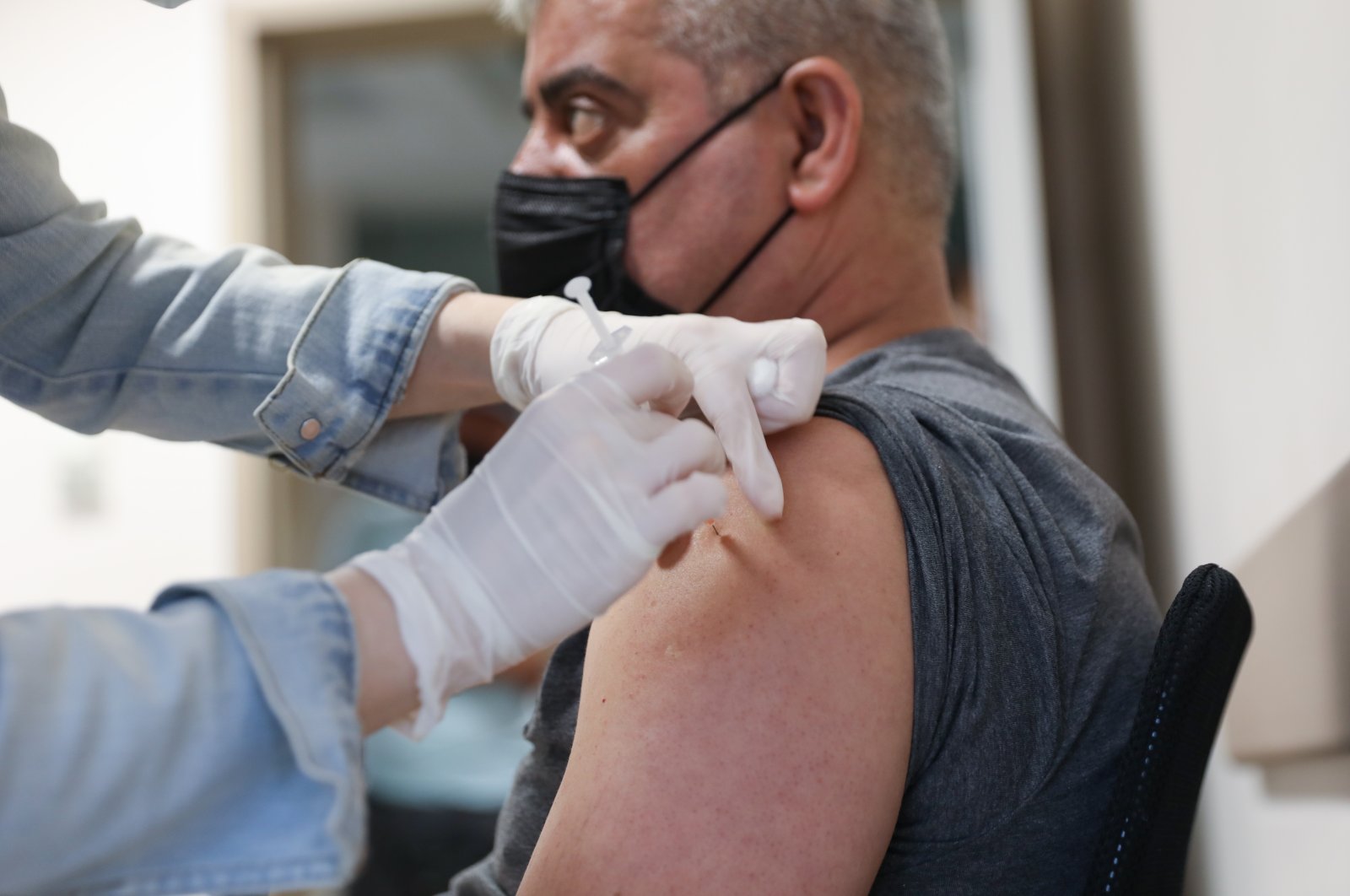 A citizen is inoculated against the COVID-19 at Izmir's Bornova Türkan Özilhan State Hospital on June 15, 2021. (AA Photo)

Turkey has administered over 35.6 million doses of COVID-19 vaccine doses since it launched a mass vaccination campaign in mid-January, according to official figures released on Tuesday.

More than 21.7 million people have received their first doses, while over 13.9 million have been fully vaccinated, said the Health Ministry count.

Health Minister Fahrettin Koca also said in a tweet that over 1.2 million vaccine doses were administered in a single day, indicating another record in the country’s mass vaccination campaign.

The country currently uses China’s CoronaVac and the Pfizer-BioNTech vaccine in its campaign. In April, the Health Ministry issued an emergency approval for Russia’s adenoviral-based jab, and authorities had announced that the country would purchase 50 million doses of the Russian vaccine. A Turkish company had also signed a deal to mass-produce the vaccine.

The ministry also confirmed 5,955 new coronavirus cases, including 532 symptomatic patients, across the country in the last 24 hours. The number of new cases on Monday was 5,626.

Turkey’s overall case tally is now over 5.34 million, while the nationwide death toll has reached 48,879 with 84 new fatalities.

As many as 4,186 more patients won the battle against the virus, raising the total number of recoveries past 5.21 million.

Over 57.4 million coronavirus tests have been done to date.

The latest figures put the number of COVID-19 patients in critical condition at 886.

To fight the spread of the virus, Turkey currently has a curfew from 10 p.m. to 5 a.m. on Monday to Saturday and a full lockdown on Sundays.

Since December 2019, the pandemic has claimed over 3.8 million lives in 192 countries and regions, with more than 176.3 million cases reported worldwide, according to the U.S.-based Johns Hopkins University.

This article originally appeared in DAILY SABAH on 15 June 2021.